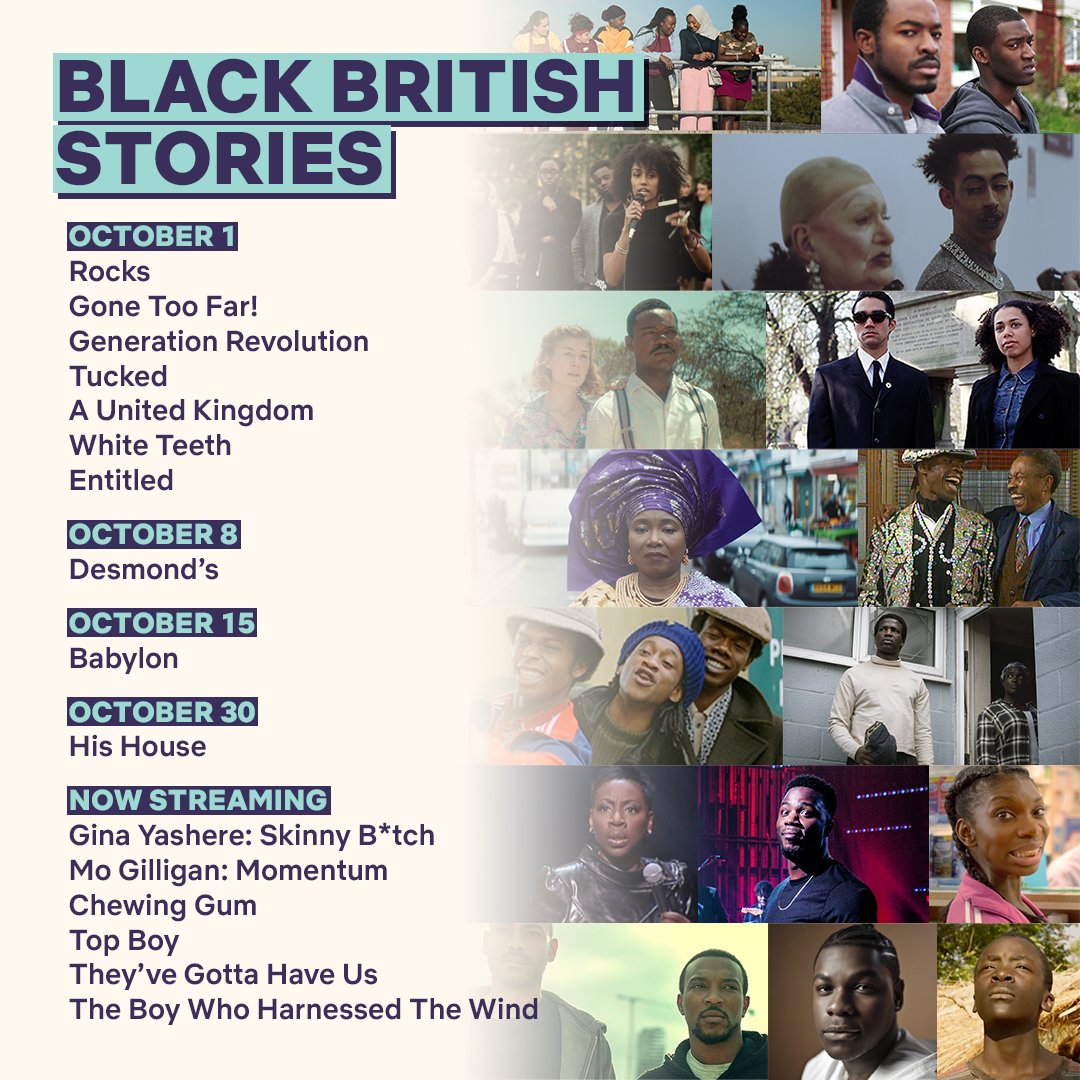 In celebration of Black British Month, both behind and in front of the camera, Netflix have launched an initiative, releasing titles by and with Black voices to their platform this month.

Gone Too Far! - Written by Bola Agbaje and adapted from her Olivier Award winning play of the same name.

They've Gotta Have Us - With Cinematography by Damian Paul Daniel​

They Boy Who Harnessed The Wind