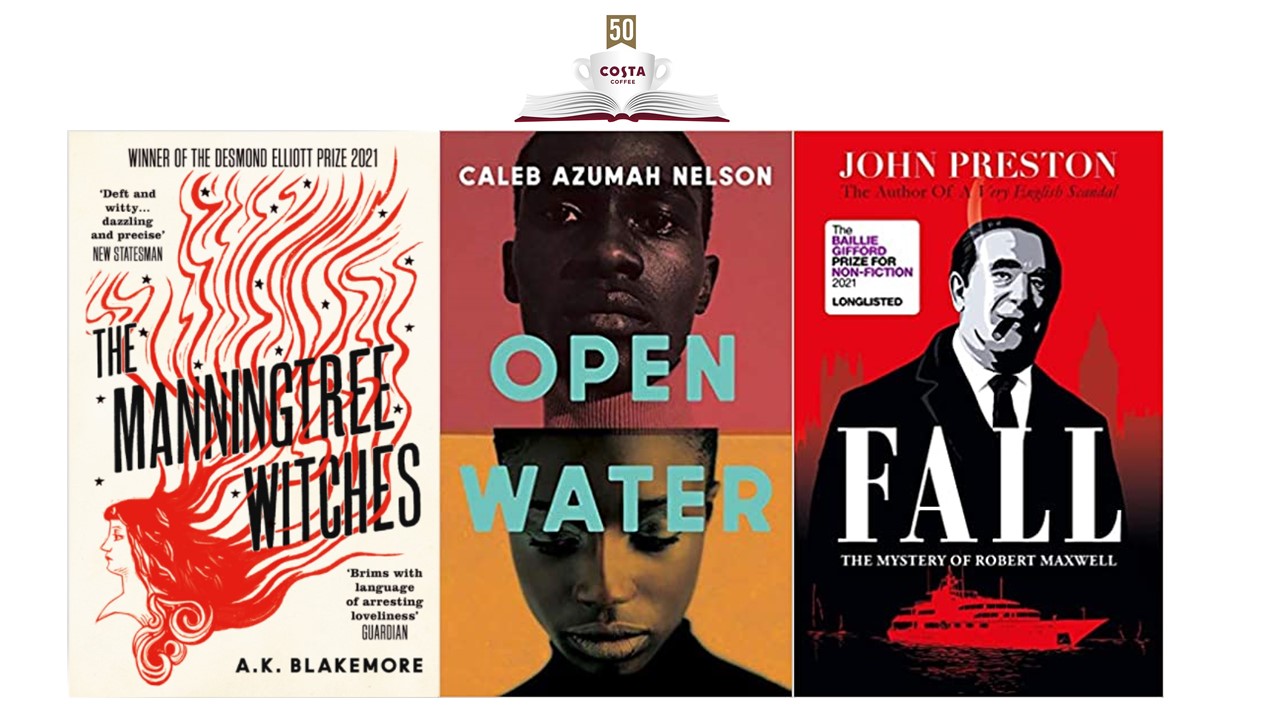 We are proud to announce that A. K. Blakemore, Caleb Azumah Nelson, and John Preston have been shortlisted for the Costa Book Awards 2021. The award celebrates the most enjoyable books of the year, written by residents of the UK and Ireland, so we congratulate them on receiving this prestigious acknowledgement.

The Manningtree Witches by A. K. Blakemore (Granta)

Winner of the Desmond Elliot Prize 2021, Waterstones Book of the Month (November) and the Times paperback bestseller.

England, 1643. Puritanical fervour has gripped the nation. In Manningtree, depleted of men since the Civil War began, the women are left to their own devices and Rebecca West chafes against the drudgery of her days. But when Matthew Hopkins arrives, asking bladed questions and casting damning accusations, mistrust and unease seep into the lives of the women. Caught between betrayal and persecution, what must Rebecca West do to survive?

Shortlisted for the Waterstones Book of the Year, Longlisted for the Desmond Elliot Prize and the Gordon Burn Prize 2021, A National Book Award '5 under 35' honouree'

Two young people meet at a pub in South East London. Tentatively, tenderly, they fall in love. But two people who seem destined to be together can still be torn apart by fear and violence. Open Water asks what it means to be a person in a world that sees you only as a Black body, to be vulnerable when you are only respected for strength, to find safety in love, only to lose it.

Shortlisted for the Costa Biography Award:

Fall: The Mystery of Robert Maxwell by John Preston  (Viking)

The Sunday Times bestseller, Shortlisted for the Baillie Gifford Prize 2021, a Sunday Times and Telegraph Book of the Year

Fall is the dramatic tale of the extraordinary rise and scandalous fall of Robert Maxwell. Born an Orthodox Jew, he escaped Nazi-occupied Czechoslovakia and fought in WW2, later becoming an MP and successful (and notorious) media magnate. But after his mysterious death, his empire disintegrated as long-hidden debts and unscrupulous dealings came to light. This account from John Preston reveals what went so wrong.