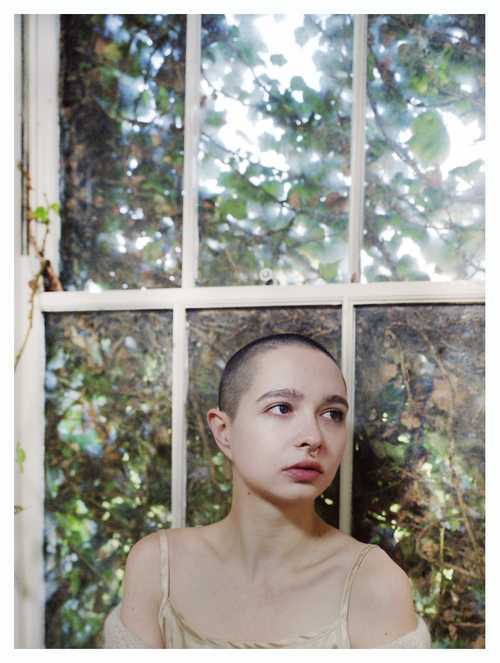 A. K. Blakemore is the author of two full-length collections of poetry: Humbert Summer (Eyewear, 2015) and Fondue (Offord Road Books, 2018), which was awarded the 2019 Ledbury Forte Prize for Best Second Collection. She has also translated the work of Sichuanese poet Yu Yoyo (My Tenantless Body, Poetry Translation Centre, 2019).  Her poetry and prose writing has been widely published and anthologised, appearing in the The London Review of Books, Poetry, Poetry Review and The White Review, among others.

THE MANNINGTREE WITCHES - 4th March 2021 by Granta in the UK and Catapult in the US.

WINNER of THE DESMOND ELLIOT PRIZE 2021

WATERSTONES BOOK OF THE MONTH - November 2021

THE TIMES PAPERBACK BESTSELLER & SUNDAY TIMES BOOK OF THE YEAR 2021

England, 1643. Parliament is battling the King; the war between the Roundheads and the Cavaliers rages. Puritanical fervour has gripped the nation, and the hot terror of damnation burns black in every shadow. In Manningtree, depleted of men since the wars began, the women are left to their own devices. At the margins of this diminished community are those who are barely tolerated by the affluent villagers - the old, the poor, the unmarried, the sharp-tongued. Rebecca West, daughter of the formidable Beldam West, fatherless and husbandless, chafes against the drudgery of her days, livened only by her infatuation with the clerk John Edes. But then newcomer Matthew Hopkins, a mysterious, pious figure dressed from head to toe in black, takes over The Thorn Inn and begins to ask questions about the women of the margins. When a child falls ill with a fever and starts to rave about covens and pacts, the questions take on a bladed edge. The Manningtree Witches plunges its readers into the fever and menace of the English witch trials, where suspicion, mistrust and betrayal ran amok as the power of men went unchecked and the integrity of women went undefended. It is a visceral, thrilling book that announces a bold new talent.

‘Blakemore has previously published two collections of poetry and it shows; the way in which she makes this award-winning tale of witch trials in 17th-century Essex sing with vivid and sensual language is remarkable… [Blakemore’s] deft commentary on the patriarchy, balancing wit and anger, fear and suspicion… makes this debut such a joy… Full of relevance for our times' - the Observer

‘Brims with language of arresting loveliness… rendered with sensuous precision… [The] inchwise slide into depravity is as compelling as it is queasily familiar… What happens [is] persuasive and satisfying… The Manningtree Witches ventures into dark places, to be sure, but it carries a jewelled dagger. Blakemore is a poet, and readers given to underlining may find their pencils worn down to stubs… Such sharp wit and rich textures would be welcome in any setting, but here they form what seems a fitting tribute. The persecutors in this tale are given close scrutiny, but the book belongs to the persecuted. And on these pages, in all their ordinary glory, those women are at last allowed to live’ - the Guardian

‘Poet A‘[A] bleakly gorgeous reimagining… [Blakemore] has alchemy in her fingertips…  Her prose has the animating tactility of Hilary Mantel’s historical fiction: she lingers with almost wanton sensuality on the taste, touch, colour and smell of life in a terrorised 17th-century English village. She neatly avoids romanticising her female characters… In concentrating […] on the rabid pathology of the times, she paints a resonant portrait of our own’ K Blakemore’s visceral debut glimmers with darkness and glints with fear… Blakemore brilliantly describes the uneasiness of this world… [The] story is told by Rebecca West, a resourceful, sharp oddity, whose observations are vivid and original’ - the Daily Mail

‘Exploring male oppression and misogyny trussed up as religious fervour, Blakemore’s brilliantly written story is both fascinating and compelling’ - Stylist Magazine
"Blakemore’s novel, as Rebecca Tamás puts it, 'makes the past breathe,' with a captivating ferocity of language, deftly wrought characters, and richly spooky images that tell a story I couldn’t put down despite the dreaded ending I knew I was in for. But the past breathes whether Blakemore brings it to life or not. The present moment is a continuation of the past. We are here because we were there. We are still there."  - Full Stop
"Inventive, sharp-witted . . . The author is a devastatingly good prose stylist . . . Blakemore’s ambitious and fresh take on the era will delight readers."  - Publishers Marketplace
‘It’s believed 300 Manningtree women were accused of witchcraft… AK Blakemore writes these forgotten women back into the history books, fleshing them out with skill and empathy… Blakemore is a poet by trade… and it most certainly shows – in all the right ways… [Blakemore] gives a voice to the women who were silenced and slaughtered… [A] bold and poetic debut’ - the Skinny

"This book is extraordinary first for the richness of the language, which is partly born from a remarkably sensitive use of 17th century English but is also brilliantly Blakemore’s own. Her heroines are real, thinking people, sometimes petty and self-interested, sometimes courageous and generous, and often startlingly funny. She masterfully shows us a world where witchcraft feels absolutely real to real people, but where it can also be a cynical lie used to weaponize malice and misogyny—a phenomenon that feels frighteningly topical in the era of QAnon and Pizzagate. The Manningtree Witches is not just the best debut novel I’ve read in years, it’s the best historical novel I’ve read since Wolf Hall."- Sandra Newman, author of The Heavens

'A major debut' - The Bookseller

"In Blakemore’s debut novel, her background as a poet is clear. The language is striking, full of distinctive insights regarding gender, truth, and religious devotion . . . Historical fiction has rarely felt so immediate." —Kirkus Reviews

‘The Manningtree Witches is a deft, witty debut novel – a work of historical fiction that wears its research lightly… the language is dazzling and precise, history always informing imagery… But it’s the characters, alive and agile, that draw us in: amid the dust and gloom, we are right there with the witches, facing down the men who’d see them hanged for nothing’  - the New Statesman

'Dark, original, unsettling, and crackling with fierce and visceral life, The Manningtree Witches heralds the birth of an utterly vital new voice in fiction. AK Blakemore makes the past breathe, and allows it, with dazzling candour, to speak hotly to the complicated reality of our own moment.' - Rebecca Tamás

“I loved this riveting, appalling, addictive debut. Blakemore captures the shame of poverty and social neglect unforgettably, and the alluring threat of women left alone together, in a novel which vividly immerses the reader in the world of those who history has tried to render mute.” - Megan Nolan author of Acts of Desperation

'A.K. Blakemore's debut is a riveting, unsettling story of menace, corruption, and muck, rendered in limber, evocative prose that delights and surprises at every turn. Its heroine wants too much, and too often, and the wrong thing—which is quite a bit more dangerous than usual, considering this is 17th century England and the Witchfinder General has just come to town. Based on actual events, but told in a deliciously brazen voice, this novel reads like Fleabag meets Hilary Mantel: bawdy, bewitching, weird, and wise. I loved every minute, and even when I was horrified, I didn't want to look away.' — Emily Temple, author of The Lightness

‘AK Blakemore’s exceptionally accomplished debut feels especially pertinent… Blakemore shows, with chilling familiarity, how readily the instinctive desire to cast blame in times of hardship leads people to turn on the poor and the marginal… But the novel’s shining quality is its language. Blakemore is an award-winning poet, and she is as precise in evoking the liminal landscape of the Stour estuary as the inside of a jail cell. She has created a style that feels at once modern and convincingly 17th century, where the occasional anachronism, rather than jarring, only adds to the sense of unease. We recognise these women – their desires, their fears and their anger – because, the novel seems to suggest, there is not so much that separates us from them after all.’ - the Observer

'Uninhibited, uncensored, dazzling in its varieties of rhetorical address, Fondue would seem to have reinvented the lyric from scratch. A. K. Blakemore is a magician of shimmering concision, fierce intellect, and disarming juxtapositions. She dares us to be joyful, and at risk.' - Linda Gregerson, Judge of the Ledbury Forte Prize

'Fondue, her second full-length collection, explores the experience of being a woman: what it means to desire, to be desired, and to try to reconcile this desire with feminism and feminist thought . . . Blakemore is steadily and carefully experimenting; the poems in Fondue are consistently engaging and strong.' - 'Unravel, ravel, unravel': A.K. Blakemore's Fondue reviewed by Jenna Clake for Review 31

'[T]he poems in Fondue are captivating in their fearlessness . . . taboos might be reclaimed not just as fury or invigorated language, but also as revelry.' - 'Reclaimed experience': Alexa Winik discovers a powerful 'poetics of vulnerability' for Poetry Review