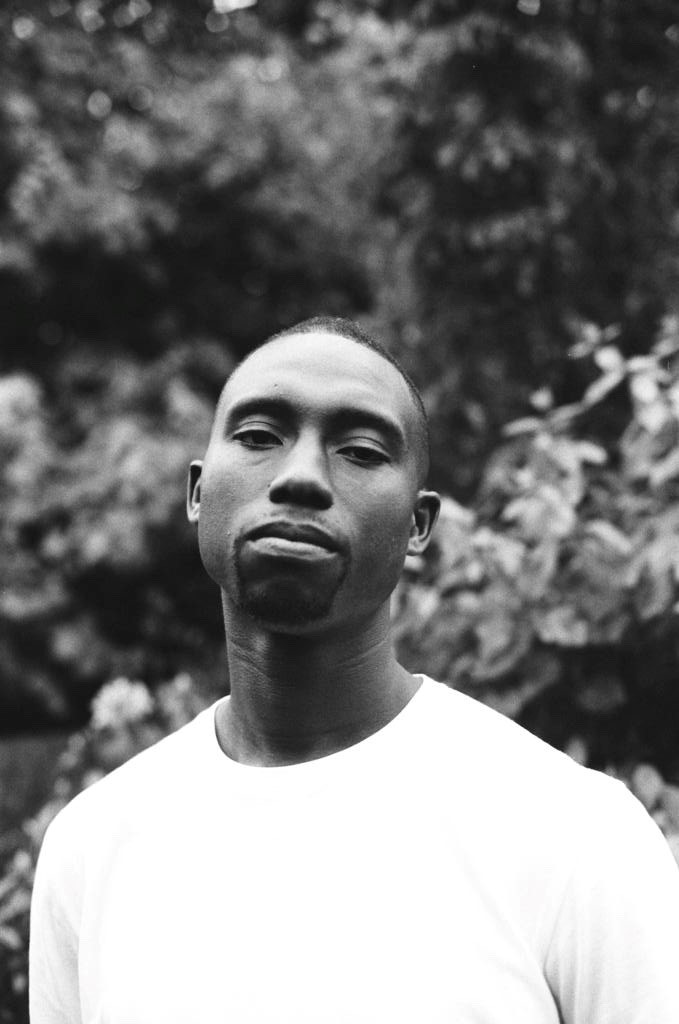 Caleb Azumah Nelson (b. 1993) is a British-Ghanaian writer and photographer, living in South East London. His writing has been published in Litro and he was recently shortlisted for the Palm Photo Prize and won the People’s Choice prize. He was shortlisted for the BBC National Short Story Award 2020 for his story 'Pray'. He was selected by the Observer as one of the '10 Best Debut Novelists of 2021', and his debut novel OPEN WATER was chosen by the Booksellers Association as its Fiction Book of the Month for February 2021.

OPEN WATER was published by Viking (UK) in February 2021 and by Grove Atlantic (US) in spring 2021. It has since been longlisted for the Desmond Elliot prize and the Gordon Burn prize, shortlisted for the Waterstones Book of the Year 2021, and won the Costa First Novel Award 2021. In February 2022 it was selected as Waterstones Paperback of the Month.

SHORTLISTED FOR WATERSTONES BOOK OF THE YEAR

A NATIONAL BOOK AWARD '5 UNDER 35' HONOREE

'Open Water is an intimate, whispered-in-the-night love story told at such close range that "you" really do have to be right there inside it. [...] Played out against a soundtrack of half a century of awesome black music, from the Isley Brothers to Kendrick Lamar, it's lovely, sweet, breathless stuff. Nelson's prose, original, subtle and just a little audacious, is distinguished by repeated phrases and sentences that crop up throughout the chapters like a chorus, reminding us of his musicality and poetic sense. In Nelson's precociously deft hands... Open Water shows its teeth and proves to be more than just a music-infused love song. [...] He is such an able writer that the second person quirk quickly becomes invisible. This is a short novel in which much hard work is done; sometimes joyous, sometimes painful, but always stylish and moreish. It's hands down the best debut I've read in years.' Melissa Katsoulis, The Times

'Only great artists can craft novels from water. [...] And in this unforgettable debut, Open Water, all streams are interconnected; the Thames, somewhere in the Atlantic, meets the Mississippi, meets the Rio Grande, the Amazon, the Nile. Which is how a Black reviewer from the South Side of Chicago feels so deeply connected to the story of a Black man falling in love and making art in south-east London. [...] Azumah Nelson's poetic brilliance, his ability to balance the general and the specific, the ambient and the granular, makes for a salient achievement. On each page, the prodigious British-Ghanaian author balances two familiar stories. [...] Chapters read like images, or movie stills, packed with meaning and shade, lighting and angles directing our attention to the subtle and important places. [...] Whether [Azumah Nelson is] describing a tense police encounter or lovers intertwined, when he's great, which is often, his descriptive powers are truly special.' Gabriel Bump, The New York Times 'Editors' Choice'

'Nelson's elegant debut novel, narrated in a sensuous second person, tells of two south-east Londoners who begin a relationship. As they grow closer and realise that love can be a destructive force - particularly when you're young, black and constantly let down by the world - the novel's intimate mode becomes sharper and altogether more devastating.' New Statesman 'Best Books of 2021'

'In lyrical prose, Caleb Azumah Nelson explores the power of being truly seen by another, in a world that often refuses to recognise you at all. An exhilarating new voice in British fiction.' Vogue , '2021's Most Dazzling Debut Novels'

'For those that are missing the tentative depiction of love in Normal People, Caleb Azumah Nelson’s Open Water is set to become one of 2021’s unmissable books. Out 2 February, it’s the story of two Black British artists – he’s a photographer and she’s a dancer – and an exploration of desire, love, trauma, race and art. Utterly transporting, it’ll leave you weeping and in awe.' Stylist, 'Best new fiction for 2021'

'[A] tender, troubled story of two artists falling in and out of love in contemporary southeast London' Amy Sherlock, Frieze

'A riveting love story that celebrates the cultural significance of Black artists and examines the ways systemic racism figures into every aspect of the lives of young Black men. [...] Written in lyrical and propulsive prose, a searing debut.' Kirkus Reviews

'Nelson’s breathtaking lyrical debut employs a love story to explore systemic racism and the cultural impact of Black artists... As the two bounce from party to party and restaurant to restaurant, Nelson astutely locates the importance of Black cinema, music, and literature in their lives while capturing the terror brought on by police brutality and the expectations of young Black men to bottle up their emotions. The result is consistently powerful.' Publishers Weekly

'Open Water is tender poetry, a love song to black art and thought, an exploration of intimacy and vulnerability between two young artists learning to be soft with each other in a world that hardens against black people.' Yaa Gyasi, author of Homegoing

'Like the title suggests, Open Water pulls you in with one great swell, and it holds you there closely. A beautiful and powerful novel about the true and sometimes painful depths of love.' Candice Carty-Williams, author of Queenie

'Open Water is a beautifully, delicately written novel about love, for self and for others, about being seen, about vulnerability and mental health. Sentence by sentence, it oozes longing and grace. Caleb is a star in the making.' Nikesh Shukla, author of Meatspace

‘A short, sharp poetic burst of a novel; it crystallises the torments and heat of young love brilliantly.’ Andrew McMillan, author of Physical

'Open Water is a powerful portrayal of the way that systemic violence can make a person forget softness and vulnerability. It exposes the failure of language to encapsulate feeling and illuminates the love and the anger that rage around the edges of everything.' Jessica Andrews, author of Saltwater

‘Open Water is about defiance, mourning, art and music. It is an ode to being a full human being in a society that does not see you that way. It is about clinging to love in a world heavy with injustice and violence. There is not a wasted page.’ Rowan Hisayo Buchanan, author of Starling Days

'This is an amazing debut novel. It's a beautifully narrated, intelligently crafted piece of love that goes deep, then goes deeper. You should read this book. Let's hear it for Caleb Azumah Nelson, also known as the future.' Benjamin Zephaniah, award-winning poet, playwright and novelist

'Open Water is a very touching and heartfelt book, passionately written, which brings London to life in a painterly, emotive way. I love its musical richness and espousal of the power of the arts - pictures, sounds, movement.' Diana Evans, Women’s Prize-shortlisted author of Ordinary People

'Set to the rhythms of jazz and hip hop, Open Water is an unforgettable story about making art and making a home in another person. In language bursting with grief and joy, Caleb Azumah Nelson has written the ode to Black creativity, love, and survival that we need right now.' Nadia Owusu, author of Aftershock

'A brilliant debut whose gentleness and joyfulness are as profound as its examination of the cost of living in a racist society.' Megha Majumdar, author of A Burning