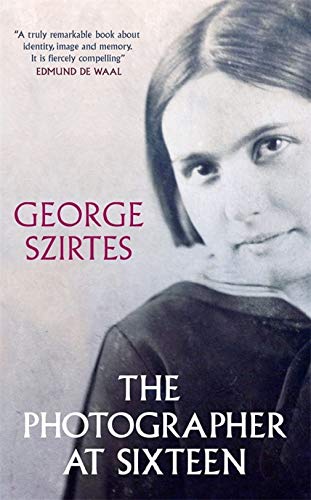 Congratulations to George Szirtes on winning the 2020 James Tait Black Prize in biography for his incredibly moving and important book, THE PHOTOGRAPHER AT SIXTEEN: THE DEATH AND LIFE OF A FIGHTER (Maclehose Press).

Judge Dr Simon Cooke said: "George Szirtes' reverse chronological portrait of the woman who was his mother is a piercingly beautiful memoir-as-prose-poem, as generous as it is scrupulous in its searching meditation on a death and life, on memory and history, and on how we imagine the lives of those we love."

And George Szirtes also gave a statement: "I am delighted, grateful and astonished to be awarded the James Tait Black Prize, especially given such a marvellous shortlist. I am a poet and the book is written much as a poet would write it, not so much a straight story as a set of mysteries in reverse time order, starting from my mother's suicide in 1975, through concentration camps and refugee status, ending with a set of studio photographs of her early childhood in Transylvania. She died before she saw any of my books in print. The Photographer at Sixteen is an attempt to bring her to life."