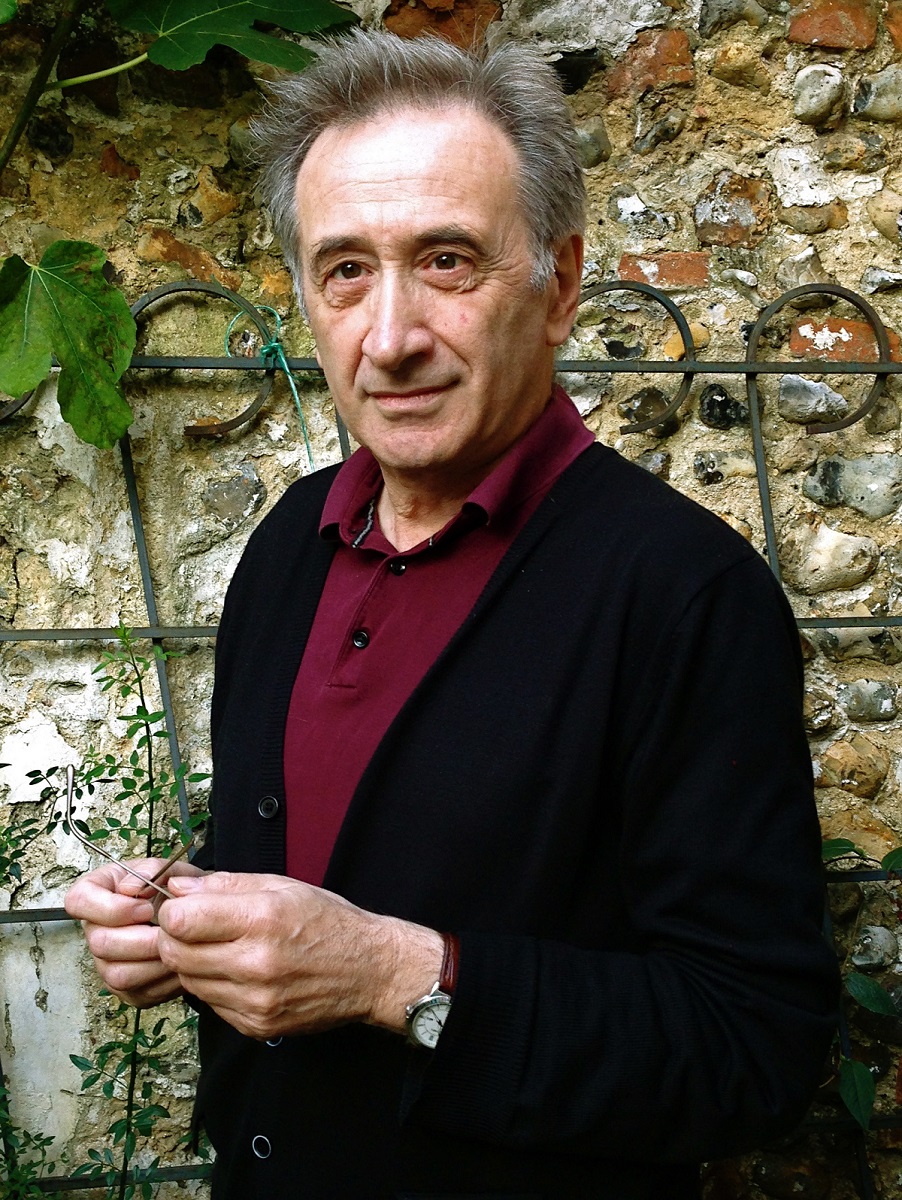 Born in Hungary in 1948, a child refugee of the 1956 Uprising, George Szirtes published his first book of poems, The Slant Door, in 1979. It won the Faber Prize. He has published many since then, winning, among others, the T. S. Eliot Prize in 2004 for which he has been twice shortlisted since. He has also won various international prizes for his translations of Hungarian literature including the Man Booker International award for translators for translations of László Krasznahorkai. In 2018 he was shortlisted for the Man Booker International award for his translation of Krasznahorkai's The World Goes On.

His memoir about his mother's life, THE PHOTOGRAPHER AT SIXTEEN: THE DEATH AND LIFE OF A FIGHTER, was published by Maclehose Press in January 2019. It was shortlisted for the 2019 Slightly Foxed Best First Biography Prize, the 2020 Wingate Literary Prize, and won the Biography & Memoir category at the East Anglian Book Awards.

Praise for THE PHOTOGRAPHER AT SIXTEEN (2019):

‘[A] monumental tale of torture and survival […] an unforgettably sad book. […] What is it that makes a memoir exceptional? How does one invent the truth? Reading the Hungarian-born poet George Szirtes’s delicately forensic exploration of an impossibly passionate mother whose abrupt death, aged 51, in an ambulance crash in 1975 brought release from a life she could no longer defy, it becomes clear how little overtly dramatic content counts, compared with the sensibility – and, above all, the impulse towards honesty – of the writer. […] Szirtes has made [his mother’s] monument. It is a courageous and remarkable achievement. I’ve read no memoir that moved me more.’ Miranda Seymour, Financial Times

‘[A] wonderful book […] Unusually structured, the book works backwards from the moment of Magda’s death, using Szirtes’s own memories of her, and those of his father and brother, as well as photographs and other materials, to piece together a fascinating portrait. […] [W]e soon realise we are heading back into a nightmare encompassing several of the most traumatic events of the 20th century. [...] Even if the book’s narrative was confined to just these momentous events, it would be remarkable, but Szirtes uses his poet’s eye to build images and details that bring his mother superbly to life. […] [It] packs a tremendous emotional punch. […] [The Photographer at Sixteen] is a beautifully written and utterly compelling narrative.’ Ian Critchley, Sunday Times

‘This exquisitely told memoir is crammed with evocative and occasionally deeply unsettling images. […] Szirtes looks at his mother unflinchingly […] For this is a book as much about the psychosis of a woman as the psychosis of a crazy world about to enter a war, he explains: not simply a memoir but a hybrid of history and biography interspersed with photographs, poems and several standout moments. […] [Magda] emerges from these pages as intense, melodramatic, self-aware, but also deeply loving towards this son whom she described as her squirrel, her consolation.’ Spectator

‘[A] brilliant, scrupulous biography […] [Szirtes] has published poems about [his mother], and he quotes from them here when he can’t say it any better than he did there. But prose allows him to go further and deeper – not to discover why she killed herself but to recover a past of which he knew little till after her death. […] [A] compelling memoir.’ Guardian

‘The book is, of course, an attempt by her son to know her better than he managed during her life and as such is necessarily personal, but Magda’s story is also that of innumerable people displaced by Europe’s troubled history.’ New Statesman

‘The Photographer at Sixteen is no less artful, no less consciously shaped, than any poem. […] Pictures of Magda herself, of her husband László, of George and his brother, of other relatives devoured by time and genocide, punctuate [this] narrative in a ghostly counterpoint. For all this formal craft and cunning, though, an unannealed pain that no word or picture can assuage periodically breaks through the surface of the prose. And it pierces you, like a jagged rock on a dark path that cuts the lost walker’s feet to shreds. […] A beautiful, devastating work’ Arts Desk *****

‘[A] love letter from a son to his mother, rendered unrequited by her absence. […] [Szirtes] has no truck with the naked theatrics of grief. Instead, he uses his considerable dual gifts – the gift of language in the first instance, and the gift of subordinating one’s own self to another self in the second – to substantiate the ghostly presence of a powerful personality and a physically striking woman. […] A challenging act of filial love, this: to record without judgement, to feel his mother’s pain without embalming himself alongside her in historic hurt. And yet he manages to do so, using a method that seems counterintuitive but turns out to be both aesthetically rewarding and respectful to the mystery of Magda’s past. […] He releases her into history like a fish freed in the river from which it was caught.’ Saturday Paper

‘A truly remarkable book about identity, image and memory. It is fiercely compelling.’ Edmund de Waal, author of The Hare with Amber Eyes

‘A book full of warmth, grief, curiosity, wisdom, staggering anecdotes and a coming to terms with the vicissitudes of 20th-century history […] [a] highly original telling of the author’s mother’s life and the heartrending events through which she lived.’ Charlie Connelly, New European

‘In this extraordinary, hybrid book – part memoir, part history, part poetic journey – Szirtes re-makes the life of his mother, tracing her childhood in Europe’s darkest period to her life in Britain after the Hungarian uprising. He brilliantly captures how sometimes it’s those closest to us who remain the most mysterious.’ Patrick McGuinness, author of Other People’s Countries: a Journey into Memory

‘In this quest to understand the enigma of his mother’s life and death, George Szirtes travels back from personal memory to deeper history, as he reconstructs his family’s tragedy-darkened past […] An original, probingly thoughtful memoir whose restraint only increases its poignancy and impact.’ Eva Hofmann, author of Lost in Translation: a Life in a New Language