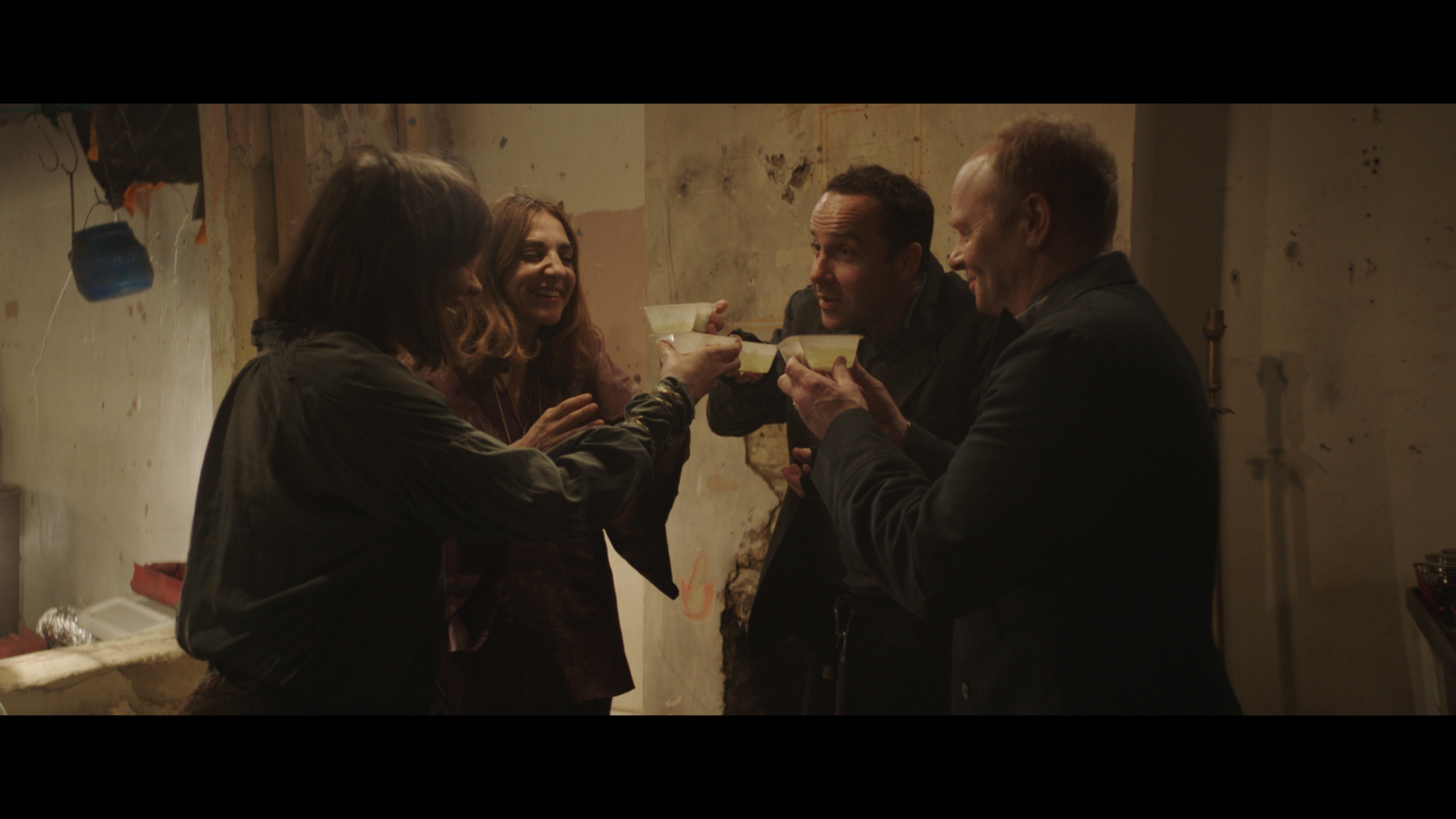 Set in a dystopian near-future, short film FINGERS CROSSED is a comedy of manners and has never been more relevant as today.

Going live as part of the Tokyo Lift-Off Film Festival `Trendsetter Shorts’ programme this Sunday 7th June, FINGERS CROSSED will be available to watch (no.64) exclusively for the first time. Access the festival by buying a pass for £8 and you can view all the shorts and vote for your favourite.

To whet your appetite in the meantime take a look at the trailer, some exclusive stills and a selection of beautiful drawings by Gabriela Yiaxis below. Gabriela also shares her thoughts on the film and fascinating insight on the costume process.

‘I could never have imagined in a million years that the dystopian near-future film we were making would be so close to our current reality.

At the time Fingers Crossed was just a dystopian dark comedy made before the referendum, Brexit and this pandemic which has now forced the entire world to shut down.

I had so much fun creating the costumes; trying to imagine a world where you can’t leave the house and where people would be forced to be creative to adapt their very worn down left overs: making, recycling and altering their own clothes, objects and furniture.

Costumes are such a big storytelling tool and I wanted to show that social collapse is no excuse for bad style. Alison (Kate Hardie) for example had an incredible wardrobe before; now she’s still wearing her fabulous clothes but they’ve been customised for survival: extra pockets, belts made from coloured rope, jewellery out of plumbing washers and electric tape.
Andy (Jason Watkins) uses invention is his primary driving force. When his trousers fall down, he makes his own braces out of two-tone nylon twine, cuff links from brown tape and safety pins to replace his ripped shoelaces.

Susan (Clara Francis) became obsessed with the idea of having a sacred object to protect her against any harm; her talisman was a necklace decorated with mini plastic dolls from her childhood, shells, old Xmas decoration; basically anything found in the house that she thought could bring her good luck.

I wanted to show that each character found their individual way to still have joy in little touches of style, even after years of total social breakdown.

Don’t let your self isolation bring you down. Create something and have fun!‘