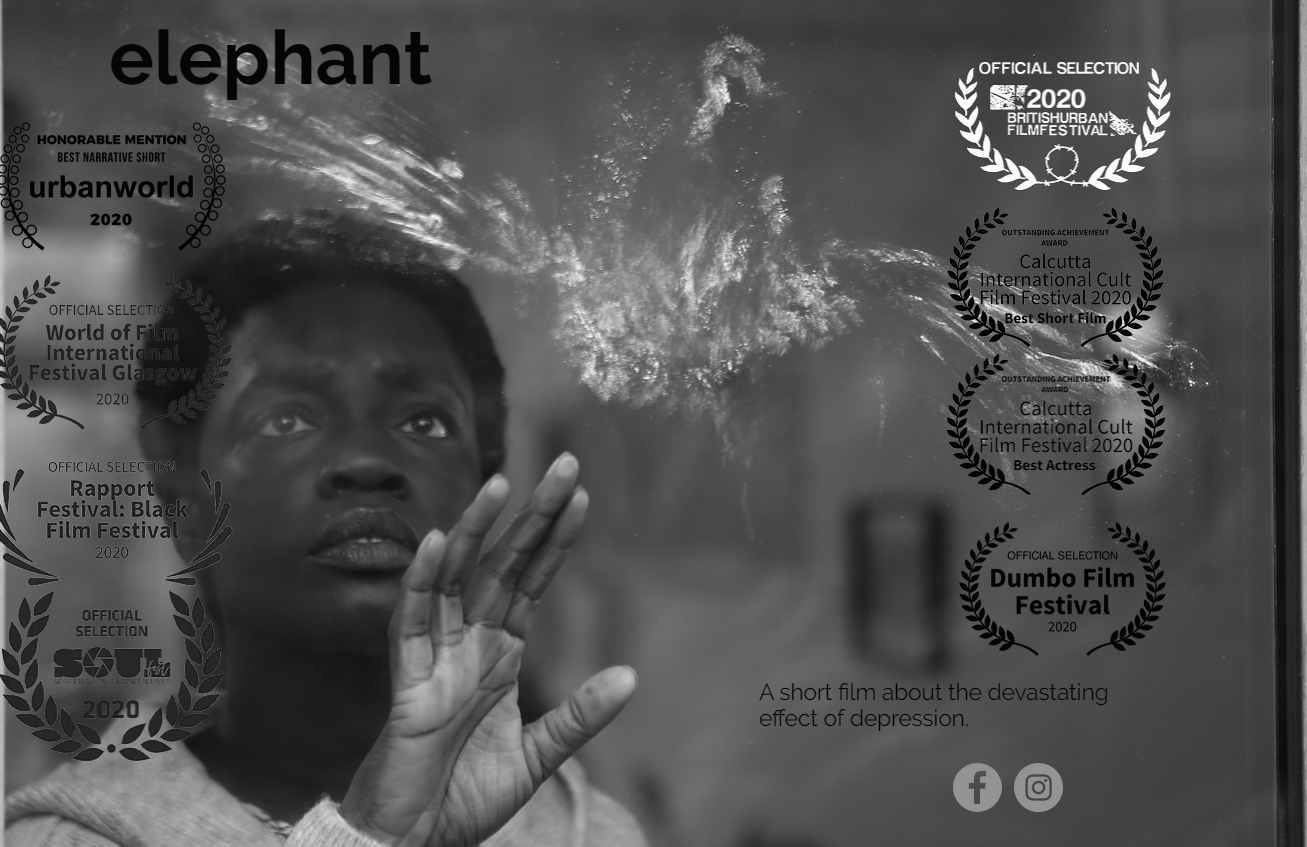 We are thrilled about the success of ‘elephant’, a beautiful and poignant short film shot by Cinematographer Damian Paul Daniel. Having been selected for S.O.U.L Fest in August and British Urban Film Festival last week, the film also received an ‘Honourable Mention’ at The Urbanworld Film Festival.

‘elephant’ is a short film about Nicole, a woman in her late 30s who appears to have it all; a caring husband, two children and a good job. But Nicole is suffering from a crippling depression that, due to the stigma attached to mental illness, she is trying to keep secret. Set over 24 hours, elephant shows how a series of otherwise minor events, coupled with Nicole’s dissociation from family and friends, lead her to a state of utter desperation.