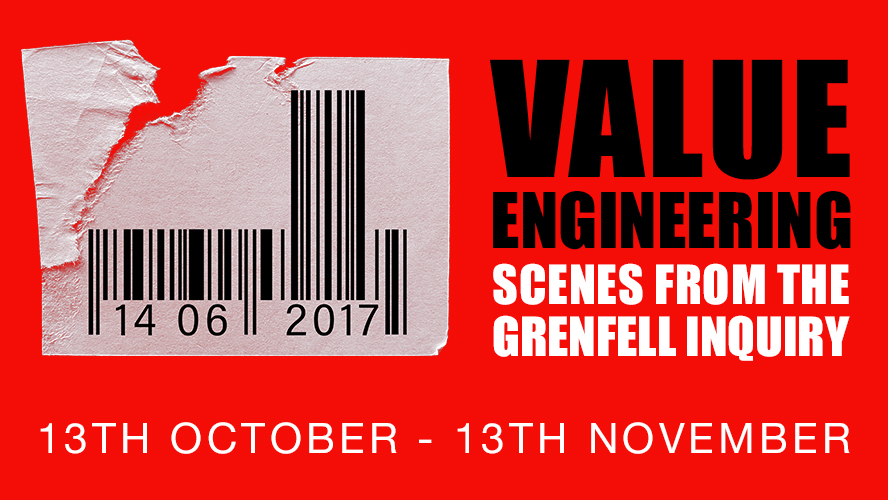 Grenfell: Value Engineering – Scenes from The Inquiry is a not-for-profit production which sets out to discover why the devastating fire of 14 June 2017 happened and who was responsible for the deaths of 72 people.

The dramatic evidence, based entirely on the words of those involved in the current Grenfell Tower Inquiry, is brought to the stage by Nicolas Kent and Richard Norton-Taylor, the award-winning creative team responsible for the dramatization of The Stephen Lawrence Inquiry - The Colour of Justice at the Tricycle Theatre, the National Theatre, in the West End and on BBC TV.