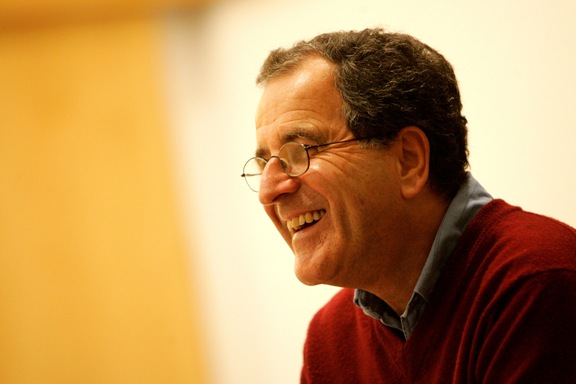 Nicolas Kent became Artistic Director of the Tricycle Theatre in London in 1984 and was there for almost 30 years. In 2006 he was the recipient of an Evening Standard Theatre Award - Special Award for "Pioneering Political Theatre" for his work there.

Other Theatre Credits Include:

Gillian Slovo & Victoria Brittain's GUANTANAMO at the New Ambassador's Theatre, Culture Project in New York & Brave Theatre in San Francisco, as well as reading at the Houses of Congress in Washington DC (2004), Richard Norton-Taylor's THE COLOUR OF JUSTICE at the Victoria Palace Theatre & Lyttleton Theatre (1999), SREBENICA, which he also wrote, at the Olivier Theatre (1998), AIN'T MISBEHAVIN' at the Lyric, Hammersmith (1995), Richard Norton-Taylor & John McGrath's HALF THE PICTURE at the Houses of Parliament (the first play ever performed there) (1993), Jean-Claude Grumberg's THE WORKROOM at the American Jewish Theatre, New York (1993), Stewart Parker's PENTECOST at the Lyric, Hammersmith (1989), Mustapha Matura's PLAYBOY OF THE WEST INDIES at the Chicago International Theatre Festival (1988) and Howard Sackler's THE GREAT WHITE HOPE for the Royal Shakespeare Company (winner of the Time Out Award) (1987).

Nicolas has directed Mark Thomas’ Check-up: Our NHS at 70

Nicolas is represented in the US by Dennis Aspland at Aspland Management.