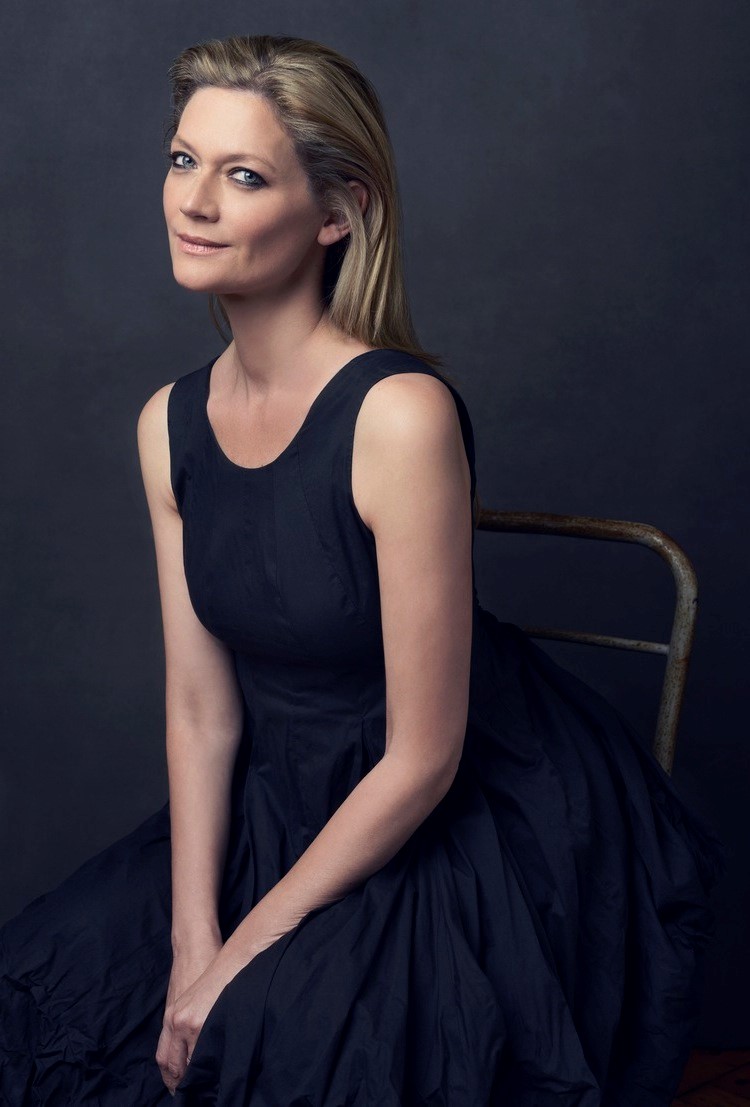 Sophie Ward is an actor and writer. She has a degree in Philosophy and Literature and a PhD from Goldsmiths on the use of narrative in philosophy of mind. She has published articles in The Times, the Sunday Times, the Guardian, the Observer, the Spectator, Diva and Red magazine. Her short stories have been published in the anthologies Finding A Voice, Book of Numbers,The Spiral Path and The Gold Room. Her book, A Marriage Proposal; the importance of equal marriage and what it means for all of us was published by The Guardian short books in 2014.

In 2018, Sophie won the Royal Academy Pin Drop Award for her short story, Sunbed. You can listen to Gwendoline Christie's live performance of Sunbed here.

Rachel and Eliza are hoping to have a baby. The couple spend many happy evenings together planning for the future.

One night Rachel wakes up screaming and tells Eliza that an ant has crawled into her eye and is stuck there. She knows it sounds mad - but she also knows it's true. As a scientist, Eliza won't take Rachel's fear seriously and they have a bitter fight. Suddenly their entire relationship is called into question.

Told in ten interconnecting but self-contained chapters - each from a different character's perspective - and inspired by some of the best-known thought experiments in philosophy, particularly philosophy of mind, Love and Other Thought Experiments is a story of love lost and found across the universe.

Praise for the book;

'The sheer literary ambition on show is impressive, with Ward producing a highly original first novel that also echoes European experimentalists such as Kundera and Krasznahorkai" - The Spectator

'What's miraculous is that Ward is as skilful an observer as she is an abstract thinker, and so her characters, while fulfilling their roles as illustrators of theories, also burst with life' - The Sunday Telegraph

'This ingenious debut novel is a philosophical investigation into love, loss and the nature of reality'- The Guardian

'Ward has achieved something quite extraordinary: a super-smart, metaphysical romp that's also warm, wistful and heartfelt'- The Daily Telegraph

'A towering literary achievement'- Ruth Hogan, author of The Keeper of Lost Things

'Philosophy meets fiction in this beguiling and intriguing novel of minds, hearts, other worlds, love, death and everything in between. It's a book that dances and dazzles with ideas and left me thinking long after I finished it' - Sophie Kinsella

‘It is an act of such breath-taking imagination, daring and detail that the journey we are on is believable and the debate in the mind non-stop. There are elements of Doris Lessing in the writing – a huge emerging talent here.’– Fiona Shaw, actor

‘Sophie is an innovative and highly sophisticated writer.’– Blake Morrison

‘Sophie Ward's writing is as clear as a knife sounded against a glass and just as attention-grabbing. Fiction, fable and philosophy combined together with real human folly and fate at its heart.

This book is as hard to pin down as it's impossible to forget.’- Janet Ellis

‘Sophie Ward’s Love and Other Thought Experiments is brilliant and playful. With philosophical ants, all kinds of love and family, space travel and wonderful winks toward Borges’ Pierre Menard and The Hitchhiker’s Guide to the Galaxy, from the first page you know you’re in a unique and compelling universe of Ward’s making.’– Elizabeth Reeder

‘Love and Other Thought Experiments is acutely original and thought-provoking… With glacial clarity and depth, the polished prose winks like a gemstone; a clever interweaving of literal and metaphorical concepts, which challenges the subjectivity of knowledge; opens doors to new and imaginative perspectives. From beginning to end it is beautifully observed, intelligently constructed and deftly handled.’- Laura Carlin

‘What colour are you? What shade? Would others be able to see your hue? Sophie Ward's writing takes us gently into the worlds of thought experiments, for there are many of both. In her book – Love and Other Thought Experiments – Ward explores the concept of love, pushing at its boundaries, its depths, testing its tensile strength, with a series of narratives that carefully build to the whole.’– Malcolm Alexander