UA names on the Nibbies shortlists 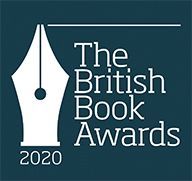 We can all do with some good news right now, so it's an absolute pleasure to let you know that there are some familiar names on this year's British Book Awards shortlists!

On the trade shortlists, we couldn't be happier that our very own Sarah Ballard has been nominated for the prestigeous Agent of the Year award! Sarah's had a fantastic year, we're sure you've seen her clients' work out in the wild, including Baillie Gifford Prize winning Hallie Rubenhold and bestselling Bridget Collins. And speaking of, we're also incredibly pleased to see the team at HarperCollins nominated for Marketing Strategy of the Year for their work on Bridget Collins's THE BINDING, as well as Jessica Duffy of Pan Mac's Bluebird up for Publicity Campaign of the Year for her work on TIN CAN COOK by Jack Monroe (which, if you're struggling for recipe ideas in isolation, we wholeheartedly reccomend).

On the books shortlists, it's a well-deserved double nomination for Philip Pullman's THE SECRET COMMONWEALTH, wich is in the running for both Fiction Book of the Year and Audio Book of the Year, and another appearence for Bridget Collins's THE BINDING, which is nominated for Debut Book of the Year. Rounding out UA's presence on the shortlist is LJ Ross's IMPOSTOR, which is up for Crime & Thriller Book of the Year.

You can find out more about the trade shortlists here, and the books shortlists here. And while the award ceremony may end up being a virtual one this year, our pride is very much real. Congratulations to all involved!