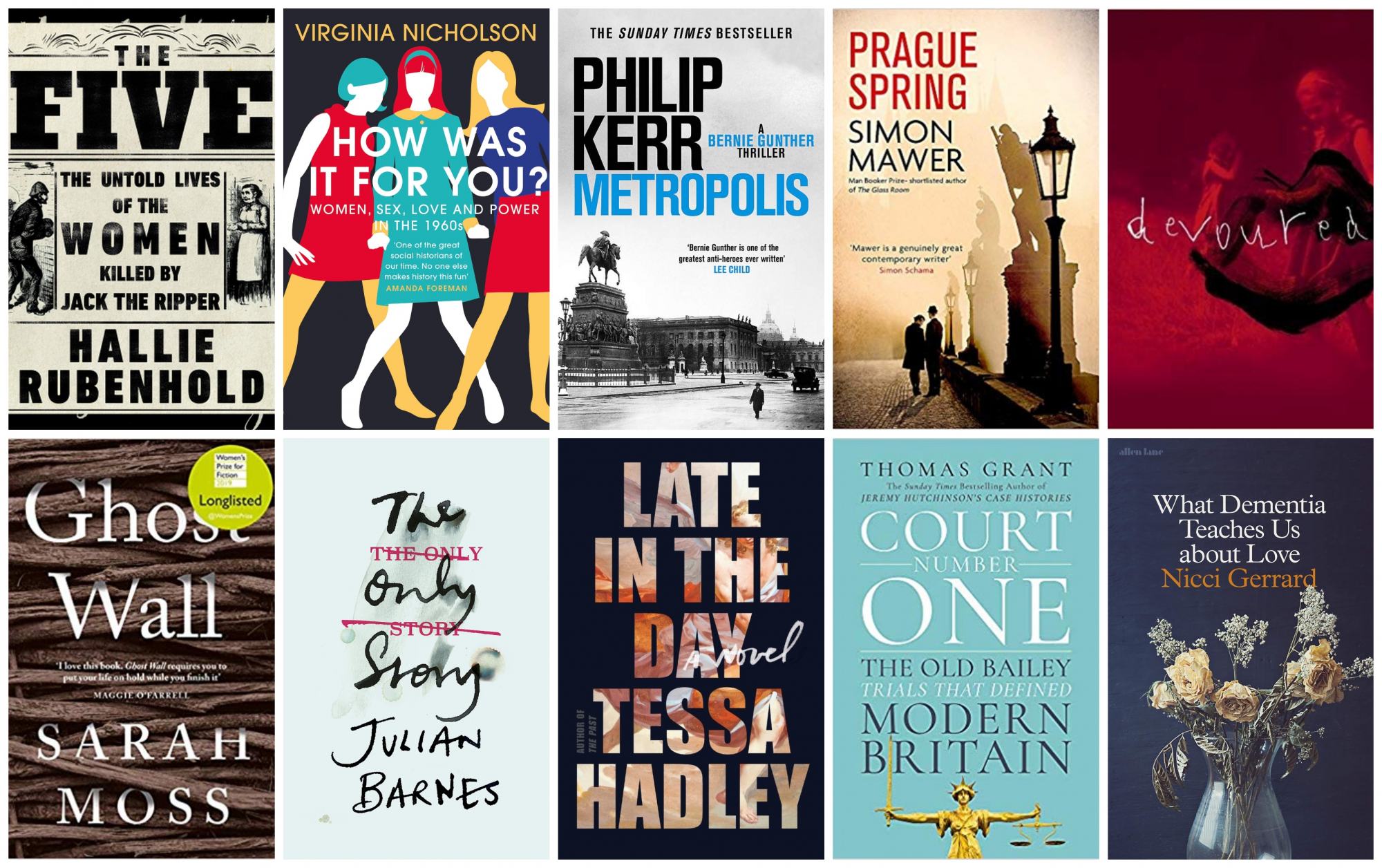 UA authors have turned out in force on The Times 100 Best Books for Summer 2019 - here are the ten authors that The Times think you want to spend your summer holiday reading:

Late in the Day by Tessa Hadley
Tessa Hadley is a beautiful writer with an eye for detail worthy of a Dutch golden age master of still life. When art dealer Zachary dies, three of his friends are thrown into emotional and sexual turmoil. Flashbacks to the early days of their friendship show everything is not as it seems.
Jonathan Cape, £16.99

The Only Story by Julian Barnes
Julian Barnes’s latest is based on a young man's relationship with an older woman. Paul, a shy young man meets middle-aged Susan at a suburban tennis club. A remarkable relationship flourishes, but it’s all put in danger by Susan’s drinking and Paul’s increasingly conventional adult life.
Vintage, £8.99

Ghost Wall by Sarah Moss
This slim and spooky literary novella is well worth your time. Poor Silvie’s dad is a prejudiced authoritarian figure obsessed with the Iron Age. So obsessed he takes the family to a remote moor to live as ancient Britons. The scratchy tunics are bad enough . . . but things soon take a much more sinister turn.
Granta, £12.99

Devoured by Anna Mackmin
An autobiographical coming-of-age story about a chaotic upbringing in a hippy commune in deepest Norfolk. Young Bo’s parents have opened their dilapidated farmhouse to a gaggle for free-thinkers. The idyll is in trouble: sexual jealousies and rivalries are bubbling away. Will Bo manage the transition to adolescence?
Propolis, £11

Prague Spring by Simon Mawer
Simon Mawer’s latest chronicles the events of the Prague Spring, the brutal Soviet crackdown on the Czechoslovakian president Alexander Dubcek’s relatively permissive regime. Events are seen through the eyes of Sam Wareham, a British diplomat, and Lenka, a passionate young student. A political and historical thriller with some dashes of espionage.
Abacus, £8.99

Metropolis by Philip Kerr
Philip Kerr sadly died of cancer just after finishing this last book. His German policeman Bernie Gunther joins the Berlin Murder Commission in 1928. His mission is to hunt down a serial killer who has been targeting prostitutes. For this assignment, he’ll need a disguise.
Quercus, £20

How Was It For You? Women, Sex, Love and Power in the 1960s by Virginia Nicholson
A vivid slice of social history told through the recollections from 40 or so interviewees, as well as from the author’s broad reading. We meet hippy-chicks and renegade aristos as well as a mother of a thalidomide baby and suburban secretaries.
Viking, £20

The Five: The Untold Lives of the Women Killed by Jack the Ripper by Hallie Rubenhold
Who were the victims of Jack the Ripper? Hallie Rubenhold goes beyond myth and stereotype to try to tell the stories of Polly Nichols, Annie Chapman, Elizabeth Stride, Catherine Eddowes and Mary Jane Kelly.
Doubleday, £16.99

What Dementia Teaches Us About Love by Nicci Gerrard
Nicci Gerard’s father had dementia for ten years before he died. This is an account of his unravelling and how it has affected other families. An intelligent, thoughtful exploration of a cruel disease.
Allen Lane, £16.99

Court Number One: The Old Bailey Trials That Defined Modern Britain by Thomas Grant
Brides in the bath, the Yorkshire Ripper, the Jeremy Thorpe murder trial, poor wrongly hanged Timothy Evans: a social history of Britain told through some of the trials that took place in Court No 1 in the Old Bailey.
John Murray, £25

All these books are available online and in stores now.