SPEAKING DANTE - 24 hours; live in Florence; streamed across the world 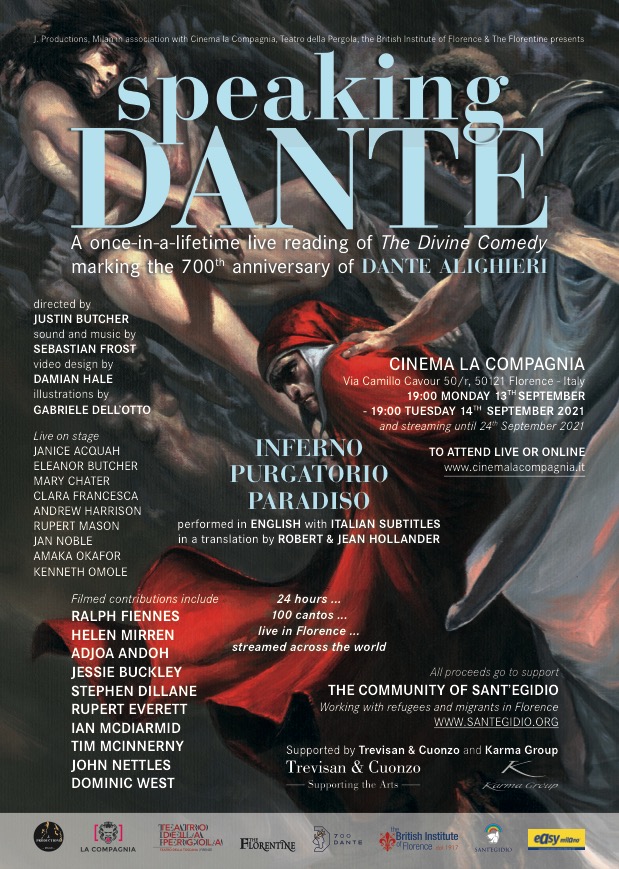 ‘For the first time ever, in celebration of Dante’s astonishing legacy and his poem’s enduring power and fascination, Milan theatre producer Julia Holden, in collaboration with award-winning UK playwright Justin Butcher, is curating a 24-hour marathon live reading in Florence of the whole of the Divine Comedy, in the acclaimed English translation by Robert & Jean Hollander, with a live audience & live-streamed across the world.’

One of their sponsors, the Karma Group of luxury hotels, is holding an event in London next week, Monday 13th September at Karma Sanctum Soho, 20 Warwick Street, London, W1B 5NF (see http://www.sanctumsoho.com) at which they’re going to screen the first 4 hours of their livestream from Florence, from around 6-10pm UK time.