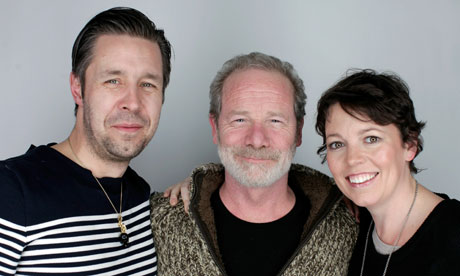 Congratulations to Olivia Colman whose performance in TYRANNOSAUR won her World Cinema Special Jury Prize, Dramatic, for Breakout Performance at this years Sundance Festival. She shares the award with her co-star Peter Mullan.

The film, which tells the story of a violent man who is offered a chance at redemption via his relationship with a charity shop worker, is the directorial debut of Paddy Considine who also took home World Cinema Directing Award, Dramatic.

TYRANNOSAUR received its World Premiere at Sundance 2011 will be released in the UK later this year.