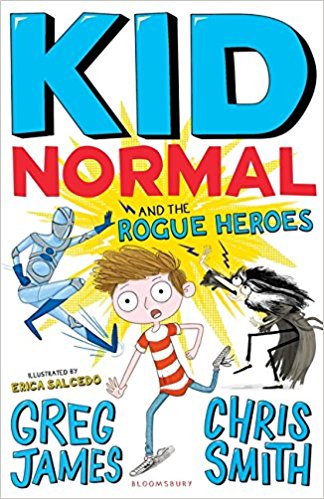 Most recognisable as the voice of Radio 1's Drivetime & Chart show, Greg James has released his second epicly funny book KID NORMAL AND THE ROGUE HEROES, following on from the huge success of the first KID NORMAL adventure! Written alongside Chris Smith, the kid's book follows Murph Cooper and the Super Zeroes who have been catching baddies all over the place, but far away in a top-secret prison, the world's most feared supervillain has broken a thirty year silence. His first words? Bring Kid Normal to me!