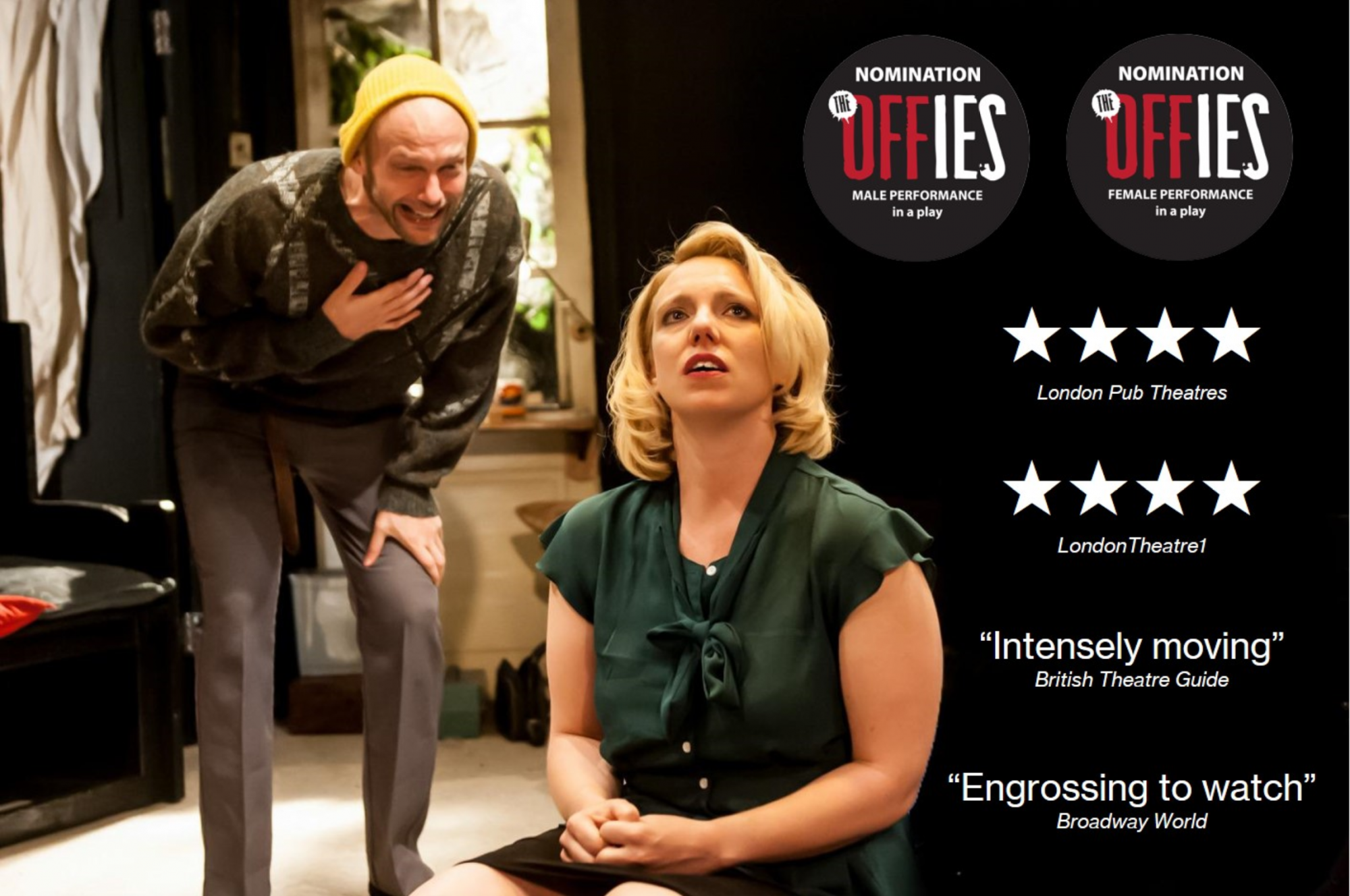 Devised by the playwright Phil Young in 1982 using improvisation techniques, PJ Stanley's intimate revival has been described as an intensely moving and thought provoking piece. It is produced by White Deer Theatre Company for the 40th anniversary of Old Red Lion Theatre. The story follows a diabetic art-dealer, Richard, who is caught in the middle of a love triangle when a sudden progression of his illness renders him blind. The production has been made accessible for visually impaired audience members. It has been double OFFIE nominated with Best Female Performance in a Play for Gillian Dean and Gareth Kennerley for Best Male Performance. Watch the audience feedback trailer here.

With a limited run until the 17th August, tickets can be bought here.

British Theatre Guide:  'As theatregoers, every now and then, we see a piece of work that reaches so deep inside of us that we are indelibly changed by the experience...Outstanding performances.'

Broadway World:  'This is a thought-provoking and deeply moving piece of theatre that entertains and enlightens, staying with you long after the house lights come up.'

'Gareth Kennerley excels in his intense portrayal of the many emotions his character experiences, from making light of his condition with attempted humour to complete denial, anger and rage. He's a flawed character from the off, regardless of his health issues, and Kennerley invests himself fully in the role.'

London Pub Theatres **** 'This genuinely moving play has pulled out all the stops and is a worthy celebration of Old Red Lion's 40 years of small scale big hitting theatre.'