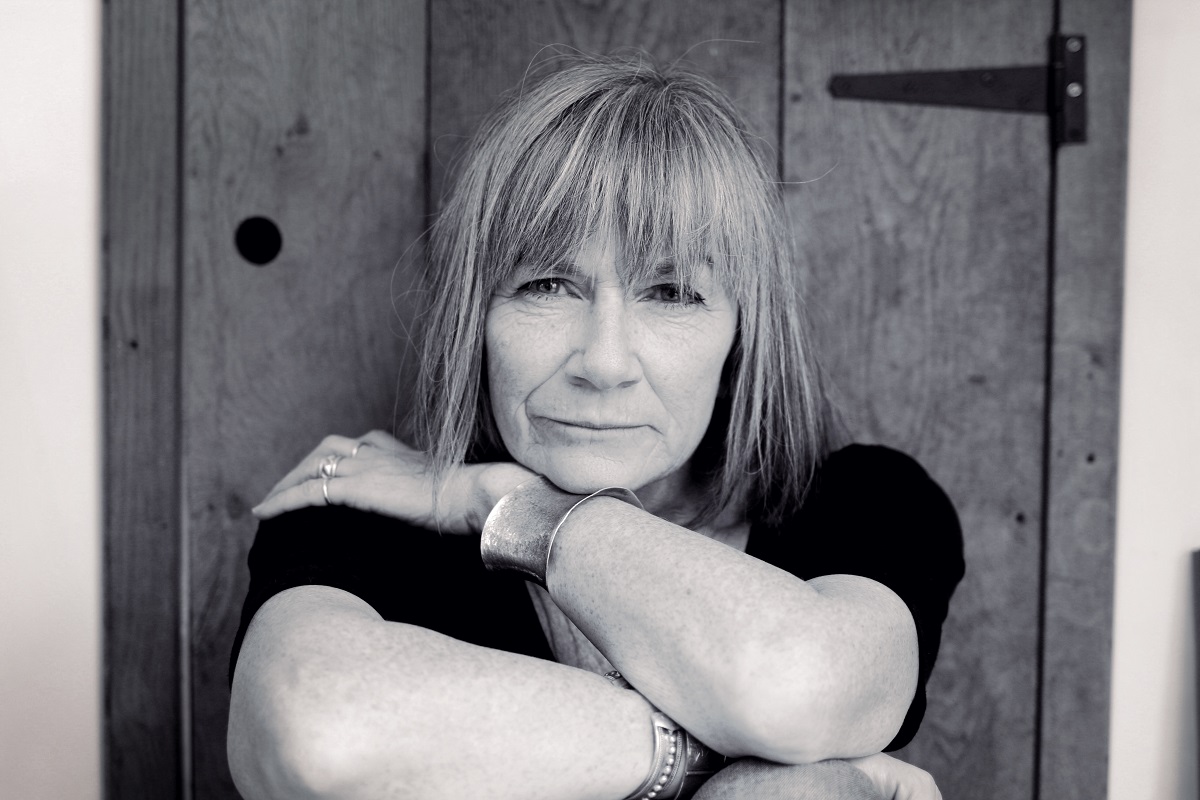 An established author, Nell Leyshon is also an award-winning playwright, and regularly writes for radio. THE COLOUR OF MILK was published by Fig Tree in May 2012 and won the Libro del Ano prize in Spain, the Prix de l’Union Intéralliée in France, and was runner up for the Prix Femina. Her latest novel, MEMOIRS OF A DIPPER, was published by Fig Tree in June 2015. She lives in Dorset.

‘A fearless tale of a neglected life […] Memoirs of a Dipper seeks to explore a world rarely depicted in literary fiction, and clearly has empathy and purpose at its heart […] Gary’s story is a compelling one, with tension building steadily, as the reader is asked not only to feel for the characters but also to challenge their assumptions about the nature versus nurture argument. […] This is a book full of important questions, and I applaud Leyshon for asking them.’ Kerry Hudson, Guardian

‘A captivating novel that pits nature against nurture […] Direct and compelling, Leyshon’s fourth novel has the makings of a cult hit. Having worked in prisons, and based much of Gary’s character on the men she’s met in them, she has endowed him with a distinctive voice that’s rough-hewn and streetwise, but also thoughtful and self-aware. He’s someone whose survival has depended on his ability to constantly evaluate his surroundings and [Leyshon] enables us to briefly see through the eyes of this bright but deeply flawed man.’ Herald Scotland

‘Following Gary on his felonious day-trips around London is raucous fun, and certainly instructive. But things get nasty when he and his girlfriend Mandy discover heroin, and even worse when she falls pregnant. This section of the book is hyper-realistic and like one of those visceral addiction memoirs […] Clearly, Leyshon’s time as a prison teacher and writer-in-residence for rehab programmes has furnished her with enough material to make each desperate, dope-sick sweat painfully convincing. […] nonetheless there’s a beautifully clean feeling of catharsis at the end. […] [It’s] a reading experience that hums with an electric energy that never gets boring and feels shockingly, painfully real.’ The Times

‘A gutsy novel about a career criminal […] Leyshon always keeps a firm hand on the reins, allowing the reader to draw breath with moments of levity and respite. This fourth novel is a worthy successor to her debut, Black Dirt (2004), longlisted for the Orange Prize. At the very least, it will make sure you never leave your bag on a pub floor again.’ Telegraph

‘[Leyshon’s] vivid descriptions and brilliant recreation of [Gary’s] voice drag the reader headlong into a neglected childhood, robbery, jail, homelessness and drug and alcohol abuse. […] Leyshon has not painted a pretty picture, but it’s hard to look away.’ Financial Times

‘Gary is an unusually candid and beguiling narrator’ Independent

‘Impressive […] Leyshon’s great skill in this novel is to convey both Mary’s outward personality and her inner thoughts through the same narrative voice. […] The Colour of Milk starts deceptively quietly, describing a life of rural hardships and limited prospects, but bit by bit, letter by letter, it reveals a world of potential that is shattered by human fallibility.’ Telegraph

‘This is a family where emotion is not only buried, but battered on the head if it ever attempts to rise from the grave. This sounds extreme, but Leyshon makes it believable. Through the hardness, Leyshon evokes nature and the seasons with a poetic sensibility. This is where all the feeling is. […] The fact that [Mary] often speaks personally to us as “you”, reminding us that these are the words of an unlettered farm girl, paradoxically reinforces the knowledge that we are actually in the hands of a skilled novelist. The book is richly stylised, the groundwork carefully laid, the novelistic detail well chosen, the dialogue perfectly paced. Mary’s buried feelings grumble like distant thunder as Leyshon slowly cranks up the tension through a fateful year of homesickness and worse at the vicarage.’ Guardian

‘What could be an unbearably painful novella (172 gripping pages) is redeemed by Mary’s magnificently biting wit. In many ways, she can look after herself; she is so sharp she could cut herself on her own tongue. […] It is once in a blue moon that an author creates a voice quite as alive and as startling as Mary’s. Nell Leyshon deserves to be showered with awards for The Colour of Milk.’ Express

‘Sharp-tongued yet honest and tender, [Mary] writes exactly as Leyshon imagines her to have spoken. […] In its quiet and subtle way this is a story about the abuse of power in a man’s world. […] Leyshon’s imaginative powers are considerable’ Independent

‘Leyshon is a master of domestic suspense and the reasons for Mary’s determination emerge tantalisingly slowly. A cannier cousin to Hardy’s Tess – truculent and possessed of a sly wit […] This is a deftly executed sketch of a lost geography: a story saved by an accident of fate that becomes part of the piercing irony at its heart. Slender but compelling, the charm of Leyshon’s novella is to be found as much in its spare, evocative style as in the moving candour of its narrator.’ Observer

A moving tale of a family falling apart […] Leyshon’s talent for dialogue is evident in her novels. Each voice and the corresponding internal world is distinct and convincing and the narrative […] moves at an engaging pace. Aspiring novelists in their twenties would do well to note – if Leyshon’s example is anything to go by, then a few more years of marinating could only be a good thing.’ Observer

‘Beautifully written, Devotion is detailed and free-flowing, reminding us just how close chaos can be to the surface.’ Easy Living

‘Leyshon’s debut novel is a slow, strange and sinister affair. As a radio playwright Leyshon has learned to use language in a peculiarly descriptive way. The dialogue is smooth and accomplished, with detail and texture cleverly woven into reported speech. […] Black Dirt is a novel with a weird sense of humour, in which saints come to life and robins blaspheme. It slices through the layers of memory and geography, revealing yellow cake crumbs scattered into black earth and crumbs of memory buried under years. Above all, it is written with a restrained delight in language and a sparse beauty.’ Independent

‘In Leyshon’s detached prose every word feels precious, particularly when capturing the nuances of human interaction. A rural idyll is evoked, celebrated even, and old stories are given a fresh gloss. Even if, as George discovers, ‘you can’t be remembering everything’, the past still exists somewhere in the peat of one’s mind.’ Literary Review

‘[A]n evocative tale of a father’s recollections […] unquestionably worth the wait.’ Guardian

Nell is a playwright and novelist.