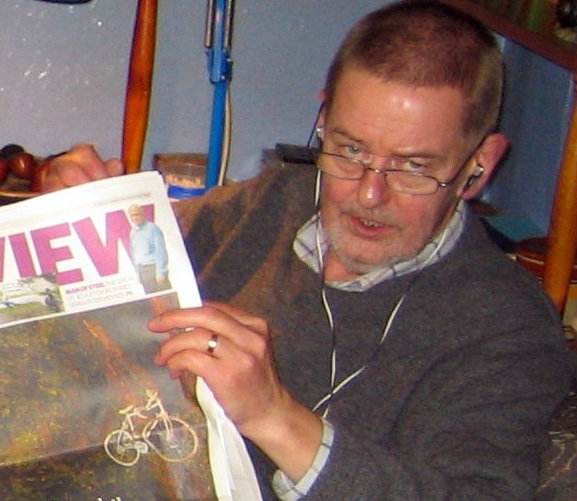 Mike Stott was born in Rochdale, England in 1944 and was most prolifically known as a playwright for the Stage, Television and Radio. He attended Manchester University where he studied Drama under Hugh Hunt and Stephen Joseph and it was here he was to meet his future wife, Christine, also a fellow drama student.  Mike was known for ‘celebrating the quirkiness and robust charm of "ordinary life" in the post-industrial north-west of his native Rochdale and rural Lancashire across to Todmorden, West Yorkshire’ *extract taken from Mike Coveney’s obituary for Mike

He was best known for his Play ‘Funny Peculiar’, produced in 1973, that first premiered in Germany at the Bochum Schauspielhaus Theatre, before moving to Liverpool Everyman in 1975 and then The Mermaid Theatre and The Garrick Theatre the following year. Stott's work flourished in this decade, cementing himself a place amoung the popular northern writers such as Alan Plater, John Godber, Peter Tinniswood and Willy Russell; turning out radio and televion plays with great vitality, populated 'by a gallery of loveable local characters' *extract from Mike Coveley's obituary of Mike

Over the years, Mike wrote numerous plays for stage, television and radio and was a very successful playwright choosing to document directly from the frontline of everyday life and human frailty. He has been described by his fellow colleague and friend Mike Leigh as ‘sophisticated, witty, dry, warm, sardonic, gentle, scathing, naughty, often gloriously obscene’ *taken from Mike Stott’s obituary in The Guardian