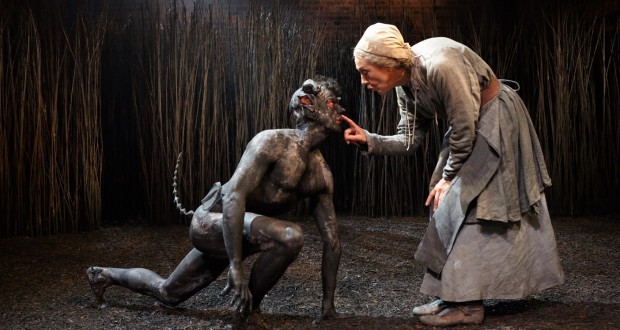 Photograph: RSC - The Witch of Edmonton

Mike is an Associate Artist of The Royal Shakespeare Company.

For the RSC, The Christmas Truce, directed by Erica Whyman. Henry IV parts One & Two and The Witch of Edmonton, directed by Gregory Doran.

For Playful Productions, the present UK tour of Dirty Dancing.

After training at Dartington College of Arts, Mike went on to work as a performer with DV8, The Kosh and ManAct. He was a member of Johnny Hutch’s acrobatic troupe The Halfwits with Danny La Rue and Britt Ekland, and was a Dougie Squires dancer to a TV audience of over 5 million.

Mike’s history as a performer, director, and deviser of theatre, which encompasses the worlds longest running musical, countless Shakespeare productions, and the simple one-man show, makes him unique in his field.

Work for the RSC includes: