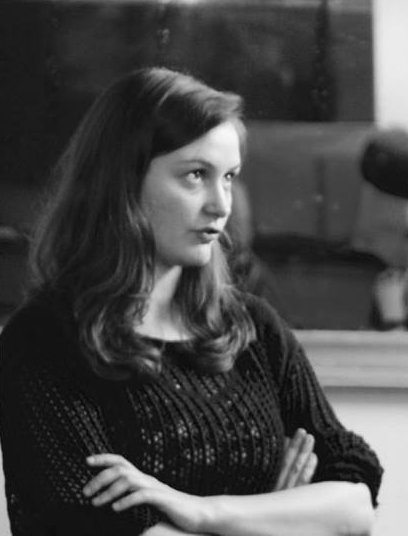 Lucy took part in the Royal Court's Introduction to Playwriting Scheme (2014) and is a graduate of the Creative Writing programme at Warwick University.

As a member of Stonewall Youth, she produced a short film on homophobic bullying, which placed third in a Stonewall Anti-Homophobia Conference and was shown at the BFI in 2008/09.

She has had rehearsed readings at the NT Studio and Greenwich Theatre. Her first full length play as a writer, LOBSTER, opened at Theatre503 in 2018.

Lucy is the Co-Artistic Director of Snapper Theatre. Their latest show THOMAS, which Lucy directed, was featured as one of The Evening Standard's 'Must See' shows at VAULT Festival 2019.

In 2019 Lucy was announced as the winner of the Alpine Fellowship, a prize for writers, visual artists and playwrights.

In 2020 Lucy became a finalist for Flickers of the Future, a filmmaking competition run by Global Action Plan. Her play HONEY was a finalist for Soho Theatre's Verity Bargate Award (2020).

In 2021 Lucy was selected for Behind Closed Doors by Lemon Tree Theatre, an online scratch night showcasing the work of writers of underrepresented genders, who are are exploring themes of sex, bodies and intimacy in their work.

"Director Lucy Foster manages to create a relaxed performance, which has all the emotional turmoil of a West-End drama."

"Warm, touching, thought-provoking, sure to educate, entertain and bring a tear to the eye."