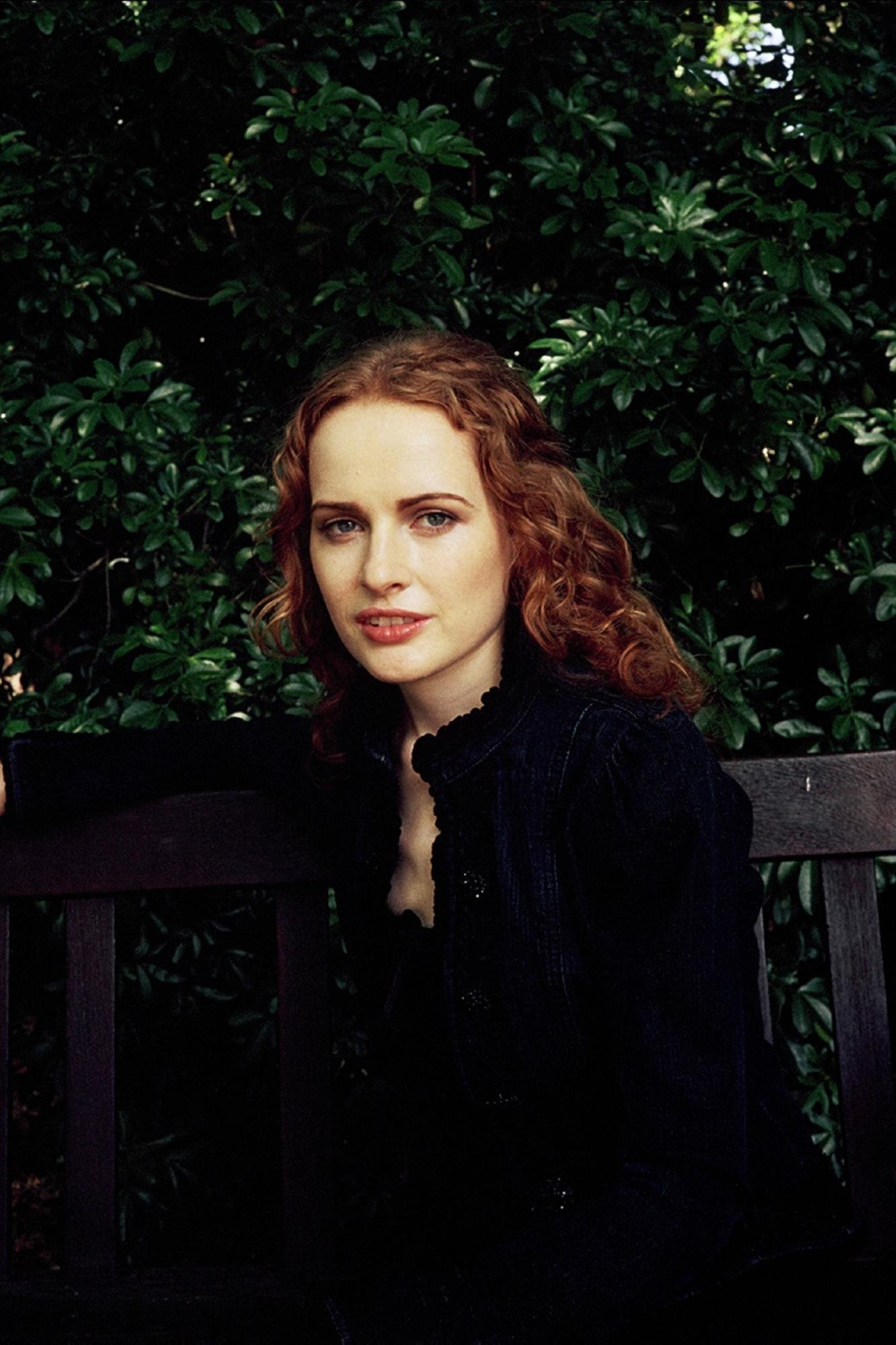 Kate Williams is a historian, author and broadcaster. She is the author of historical biographies, ENGLAND'S MISTRESS ('wonderful', Washington Post), BECOMING QUEEN ('outstanding', Spectator), YOUNG ELIZABETH ('fascinating', Telegraph), JOSEPHINE ('a sparkling account,' The Daily Mail) and the novels, THE PLEASURES OF MEN ('thrilling..a soaring talent let loose', Independent) and THE STORMS OF WAR ('the new Cazalet Chronicles,' Lisa Hilton). She wrote THE RING AND THE CROWN on the history of royal weddings with fellow history girls, Alison Weir, Sarah Gristwood and Tracy Borman.

She studied her degree and DPhil at Somerville College, Oxford and is now the Director of Life Writing at Royal Holloway, University of London.

She appears weekly on television and radio, discussing social history, royal history and general politics and culture. She was the social historian on BBC2's Restoration Home and her BBC 2 documentary 'Young Victoria is often repeated. She is CNN's in-house historian and analyst. She reviews and writes often for newspapers and magazines and lives in London.

In 2019, Kate chaired the Women's Prize for Fiction.

The final compelling historical saga concluding a trilogy that began with Storms of War and The Edge of the Fall, from popular TV historian and critically-acclaimed author Kate Williams.

Celia De Witt is half-German, half-English and heir to her family's vast fortune. But it is 1929, the world is changing and her life seems less secure than ever. A shocking revelation from her father sends her far from England and the life she knew and headlong into New York, a city brimming with money and promise.

Celia sets about saving the family firm by creating an innovative new range of convenience foods for the new generation of independent young women. But she also has other plans. The son she thought was dead is in America and the man she once thought she loved is nearby - but if she opens the Pandora's Box of the past, she may find other secrets will escape...

RIVAL QUEENS (Hutchinson)
Kate Williams’s thrilling new history tells the story of Elizabeth I of England and her betrayal of Mary, Queen of Scots. At the end of the Tudor era, here were two women on two thrones. But this was a man’s world and many believed that no woman should govern. All around Elizabeth and Mary were sycophants, spies and detractors who wanted their power, their favour and their bodies. And so they became one another’s closest confidants in the struggle to be both women and queens.

Alliances were few, but for many years theirs survived – until the forces rising against them, and the struggles of love and dynasty, drove them apart. It was a schism that would end in secret assassination plots, devastating betrayal and, eventually, the signing of Mary’s death warrant in Elizabeth’s hand.

Kate Williams’ Rivals Queens offers an electrifying new perspective on Elizabeth and Mary, and the most important relationship of their lives – that which they had with one another.

'One of our finest young historians', Independent

'History at its best', Guardian

'One of the brightest and the best,' Dr David Starkey, Evening Standard

Reviews:
"A beautifully conjured family saga. Fans of DOWNTON ABBEY will love it." Alison Weir on House of Shadows.
"Brilliant - a passionate and poignant story of a glittering family on the precipice of a vanished world. Spellbinding, gripping and beautiful - a must read . . . the new CAZALET CHRONICLES." Lisa Hilton

‘The perfect combination of scholarship and storytelling, meticulous research and emotional insight, Kate Williams brings Mary vividly to life in all her complexities and contradictions.’ Kate Mosse, author of The Burning Chambers

["An] all-encompassing, sweeping epic. It's a book to get immersed in for hours at a time . . . powerful . . . a wonderful achievement." (Katherine Webb)
"A wonderful evocation of a family torn apart by war, packed with drama and written with a sensitive warmth and fantastic historical insight." Imogen Robertson
"Shades of Downton, with a dash of Atonement." Tatler
"An epic story." Sunday Telegraph
"Every time I read a good biography of Mary, Queen of Scots, I fall hopelessly in love again... [Rival Queens] has something that sets it apart - an acute reminder that, underneath all that finery, Mary was just a woman' - Gerald DeGroot, Times Ireland
"Kate has looked past tired stereotypes to give fresh insights into Mary's tumultuous life and death" Anna Burnside, Daily Record
"Williams is too good a historian for melodramatic sentimentality; trusting the historical detail, the reader can relax into a well-paced, truly affecting narrative . . . Richly detailed, light of foot, Williams tantalises with loose ends and disturbs with shocking shadows." Independent
This terrific saga comes with a fascinating twist ... Williams has a gift for showing how great movements in history affect the lives of people caught up in them. Kate Saunders, The Times
"Williams keeps her story moving and the result is a vivid portrait of a perennially fascinating period of history."Stephanie Merritt, The Observer
"Wartime-saga lovers will be kept on their toes to the end." Daily Mail
"The book flows and jumps, taking the reader by the hand through tormented times in French history without ever letting you go or losing itself in the intricacies of French politics. . .  Williams' . . . serious and thorough investigation is presented in an accessible and playful way." The Times

"Kate Williams’s entrancing biography of Josephine is a sparkling account of this most fallible and endearing of women." Daily Mail

"That Josephine was able to weather the storms that beset her throughout her eventful life is a testament to a determination that history has often underestimated, but which receives full credit in this scintillating new biography. . . Kate Williams illuminates with skill." Country Life

"THE PLEASURES OF MEN shares with Wolf Hall an ambitious, challenging concern with form combined with a pitch-perfect historical ear... This intoxicating and disturbing novel is properly thrilling and extraordinarily well-written. Kate Williams is already an accomplished biographer; The Pleasures of Men shows a soaring talent let loose." Independent

"Intense, intelligent and hugely entertaining, THE PLEASURES OF MEN will add Williams to the ranks of queens of contemporary fiction" Guardian

"Sumptuous period detail and a narrative crammed with intrigue and speculation, this is the debut novel Kate Williams was born to write" Sunday Telegraph

‘This is accomplished history, told with literary grace and intellectual confidence. Even the most fervent anti-monarchist might warm to this history about the young, pragmatic and reserved ‘Lilibet’. BBC History Magazine

"Kate Williams has excelled herself. One is engaged from the very first line. She has perfected the art of historical biography and her pacy writing is underpinned by the most impeccable scholarship. This fresh and vivid portrayal of the young Queen Victoria is deserving of the highest praise. I cannot recommend it highly enough." Alison Weir

"BECOMING QUEEN showcases an oustanding talent, from which we can expect much more." Spectator Books of the Year

"The amazing untold story of Victoria before she was Queen...Kate Williams reveals a passionate young woman beloved of her future subjects but at war with her family." Sunday Telegraph

"The first self-made superstar, the first manipulative media celebrity, dazzling Europe with her style and beauty as muse to artists and mistress to Nelson. Emma famously gets her comeuppance, and her headlong flight to romantic destruction is told with novelistic dash." Times Book of the Year

Sparkling like Emma's pawned diamonds, this biography, drawing on quantities of unmined material, finally makes us understand why Nelson needed to be prised out of Emma's embrace. Expect a catfight over who gets to play Emma in the Hollywood movie which is surely destined to follow." Daily Mail

'Downton fans will love the elegance, intrigue and drama of The House of Shadows'  Yours magazine

'A rocket of a historical novel' - The Lady magazine