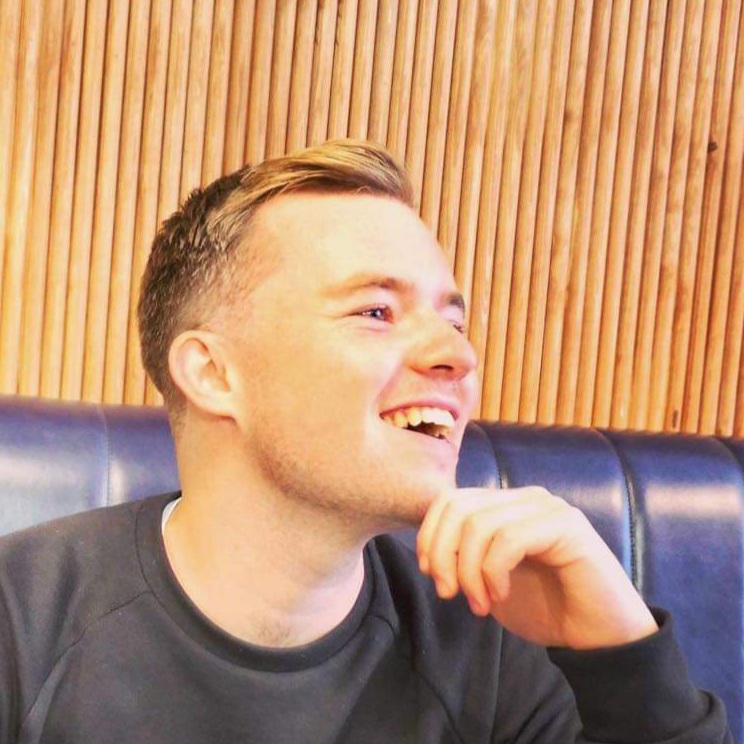 Joshua Val Martin is a playwright, from Bolton.

His play THIS IS NOT AMERICA won the 2017 Bruntwood Prize commendation award.

He has written two full-length musicals - I’M AFRAID OF AMERIKANS and A PERMANENT STATE OF EMERGENCY - both both for the final year students of the Central School of Speech and Drama, and directed by Sue Dunderdale. The latter is being performed next year at Hope Mill Theatre, as part of their Powerhouse Plays programme.

His play A VOCATION: 49 SCENARIOS FOR GAY MEN, has been performed frequently, including at The Arcola Theatre by The Miniaturists, at the Contact Theatre by Take Back Theatre Collective and at Bury Art Gallery, performed by artist Jez Dolan and commissioned by Manchester Pride. He also made a piece of visual narrative art for an exhibition curated by Jez Dolan - ‘Ten Instructions for Queer Artists’ (Gallery 78, Reykjavik Iceland).

Currently, he is working on an episode for a new SKY television drama.

This year, he will perform and tour his play TELL ME IF I TALK TOO FAST, and his play IN A TOWN SOMEWHERE NORTH OF MILTON KEYNES, which was in the Bruntwood Prize top-40 in 2015, will also be touring.

Josh trained with RTYDS at the New Vic Theatre, and as part of SOHO Theatre and the Royal Exchange Theatre’s respective playwright programmes. Aside from writing, he founded Free Manchester Walking Tours six years ago, regularly sharing Manchester’s story with the world.

‘This play is political, topical and necessary. It has a huge heart and is angry but also clear-eyed and tremendous fun… this is a play which demands to be produced’ The Bruntwood Prize (In a Town Something North of Milton Keynes)

‘The final scenes present memory as a viscerally violent force, leaving the audience unnerved. Well worth the trip, as long as there’s a pub nearby.’ EdFringe Review (Strangeways)