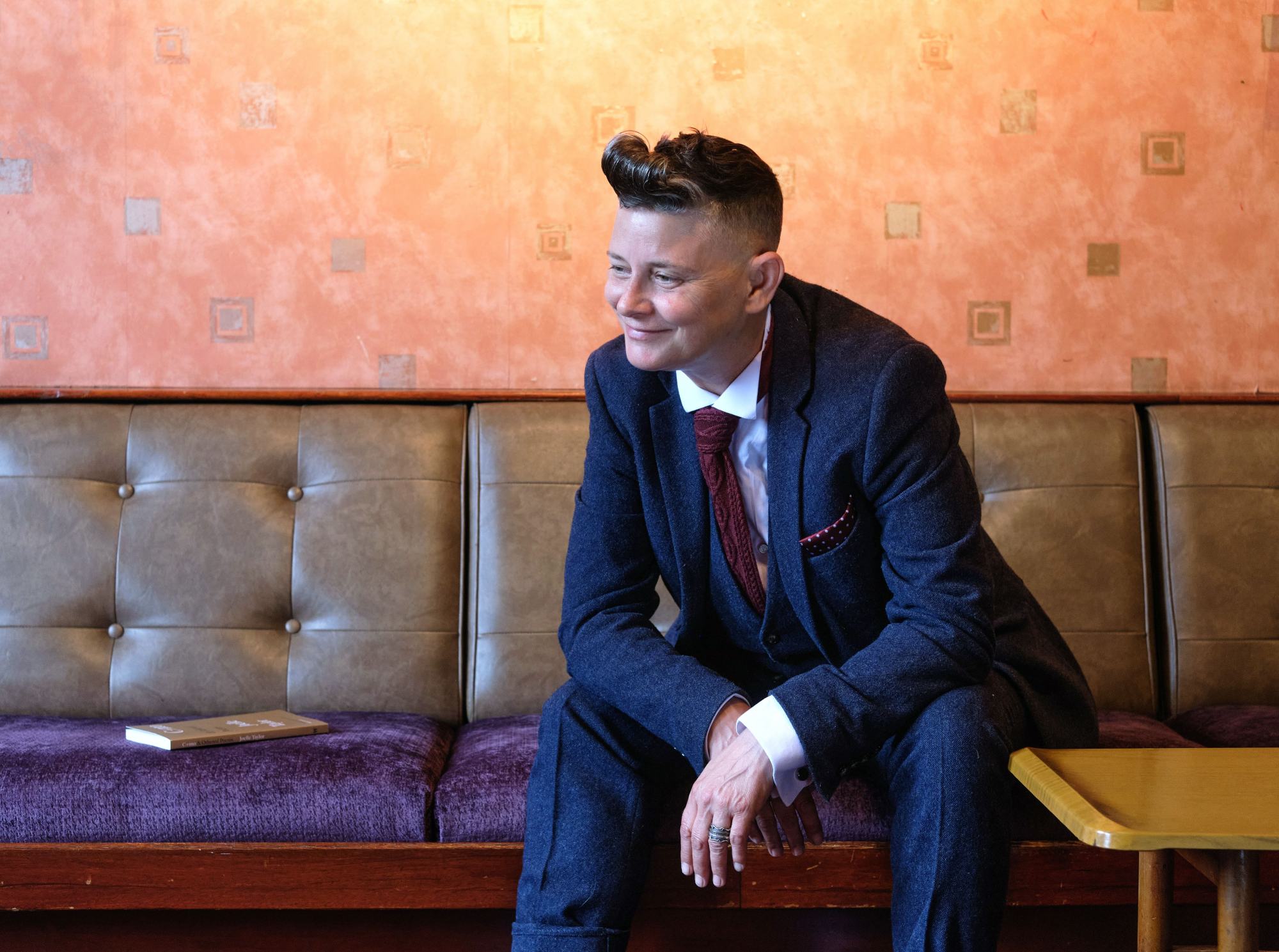 Joelle Taylor won the T. S. Eliot Award in 2022 with C+NTO & OTHERED POEMS. Prior to the pandemic, she completed a world tour with her collection Songs My Enemy Taught Me. She founded SLAMbassadors, the UK national youth poetry slam championships, as well as the international spoken-word project Borderlines. She is widely anthologised, the author of 4 collections of poetry. She has received a Changemaker Award from the Southbank Centre, a Fellowship of the RSA, and her poem Valentine was Highly Commended in the Forward Prize. She is a co-curator and host of Out-Spoken Live, a poetry and music club currently resident at the Southbank Centre; and the commissioning editor at Out-Spoken Press.

An electrifying collection of poetry exploring the underground lesbian culture by a pioneer of the British spoken word scene.

The female body is a political space. Cunto enters the private lives of characters from the butch counterculture, telling the inside story of the protests these women led to reclaim their bodies as their own for self-expression and against hatred. History, magic, rebellion, party and sermon vibrate through Joelle Taylor's cantos, which celebrate these underground communities throughout the '90s.

Taylor writes into the silence surrounding masculine women and shows how personal narrative can become a political act. Part-memoir and part-conjecture, she explores sexuality and gender in poetry that is lyrical, expansive, imagistic, epic and intimate. Cunto is a love poem, a riot, a late night and an honouring.

Joelle on winning the T.S. Eliot Award: "Having this hidden narrative honoured by the literary establishment is a watershed moment for British contemporary poetry. It is not only a miraculous moment for me as a writer and artist, not only a real moment of visibility for a marginalised sexuality, but also a game changer for those who come from working class backgrounds and who have always built the stages we perform on. While any prize nomination would be mind-blowing, the TS Eliot Prize for Poetry has a resonance that many other awards do not. It is the prize that all poets want to win, partly because they are judged by the most erudite and prestigious names in the craft."

‘On Monday night, Taylor won the £25,000 TS Eliot Prize, poetry’s equivalent of the Booker, for her superb C+nto & Othered Poems, joining the ranks of previous winners including Seamus Heaney and Ted Hughes. It’s a life-changing moment, “a validation, a vindication of 30 years’ hard work” for the 54-year-old, who has followed a long, rocky road to reach this point. She speaks with passion about how poetry can change lives, but doesn’t take herself seriously.’ The Telegraph

‘This writing is visionary – I was taken to the heart of a dense poetic history, saw every image as though I were living it. What a powerful thing to experience in a book. I loved it.’ Hollie McNish

'An excellent book of poetry by JOELLE TAYLOR exploring how some lesbian women’s histories, political destinies, safety and survival are tied to their physical identity' - the Morning Star

Bernadine Evaristo's pick of the year, 2021, in the TLS and the New Statesman

'I won the TS Eliot Prize last night. It was a triumphant moment of visibility for butch women.' -- Joelle Taylor, The Independent

'unlike anything I’ve ever read before. Partly autobiographical, it excavates, foregrounds and celebrates the lives of butch lesbians through the most memorable and often astonishing poetry that is at once epic and intimate.’ -- Bernardine Evaristo, TLS

'nothing short of a triumph.’ -- Idler

‘Written with equal parts love and anger, C+nto & Othered Poems hurls the reader through the doors of a lesbian bar in 1990s Soho.’ -- The Telegraph

"a blazing book of rage and light, a grand opera of liberation from the shadows of indifference and oppression.” -- Glyn Maxwell, Chair of Judges, T. S. Eliot Award

'Joelle Taylor's poetry roars and soars and conjures up the most extraordinary images ot express the unsayable, the shocking and ultimately the great compassion she feels for hte plight of women around the world' - Bernadine Evaristo

'Joelle Taylor, pioneer of the British spoken word scene, a gentlewoman that has us in her grips with every syllable, has written Songs My Enemy Taught Me - bringing to the fore her powerful signature style of storytelling. The book is as much personal as it is about where we are globally as women today. Taylor writes about childhood sexual assault and the subsequent journey of healing and recovery - and she does this with a microscopic lens that draws you to consider and reconsider what you think you know about the world around you.' - DIVA magazine

'An interesting read and a visual feast' - Poetry Review Journal

'A book of songs that must be heard; here is a triumphant call to arms and an epic and glorious read. This book is a riot, a protest for justice and peace' - Salena Godden

'an absolutely necessary poetry collection. It is essential for hte poet to sing our women selves into the world.' - Malika Booker

'One of the most edifying and crucial books on gender inequality I've ever read.' - Anthony Anaxagorou