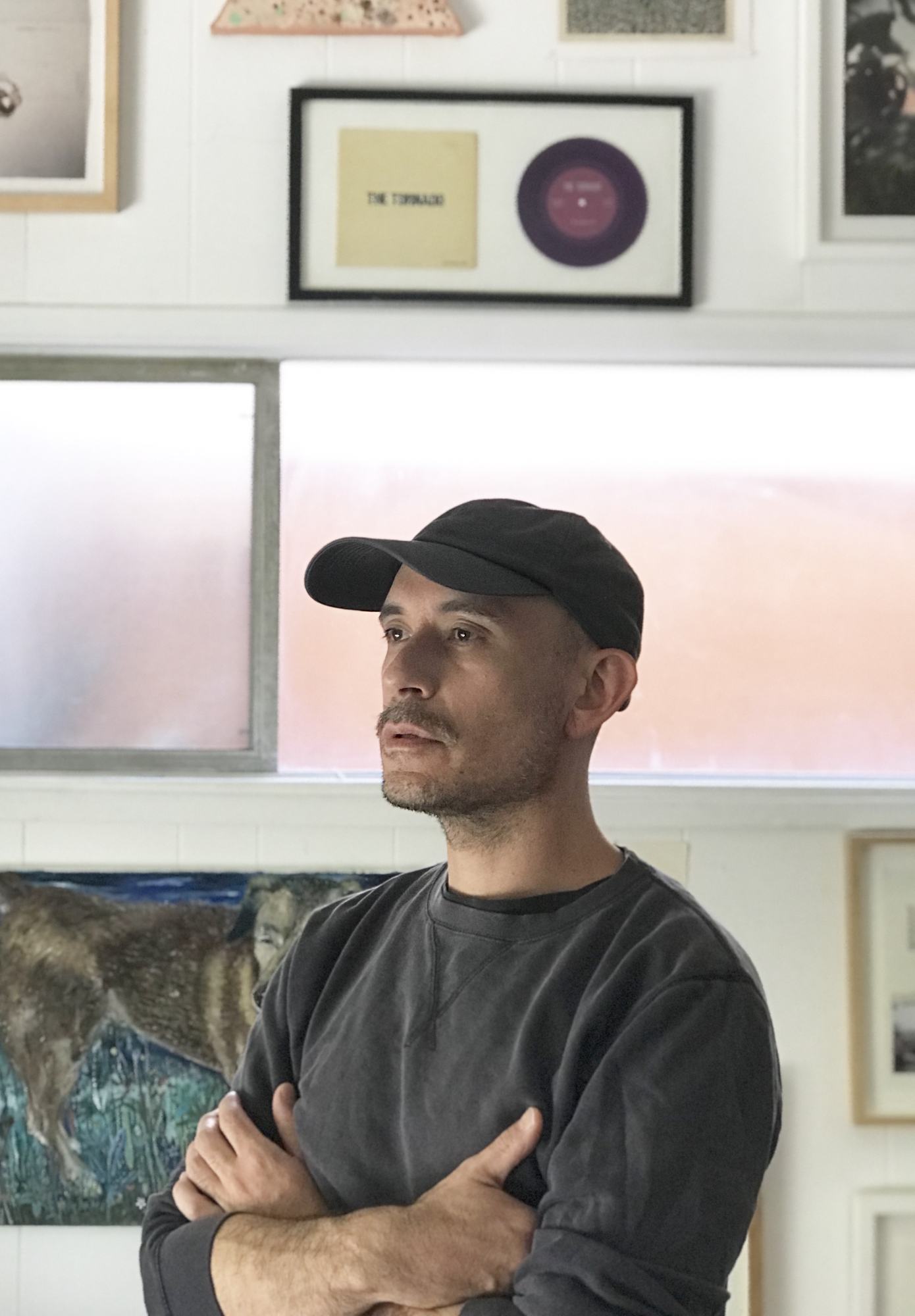 Jeremy Atherton Lin is an Asian-American essayist based in Los Angeles and East Sussex, England. His work has been published in the Times Literary Supplement, The Yale Review, the Guardian, The Face, The White Review and GQ Style. He has been named a finalist for the National Magazine Award in Essays and Criticism. Jeremy’s debut book Gay Bar (2021) was listed as a book of the year by critics at the New York Times, National Public Radio, Artforum, Gay Times and Vogue. It won the National Book Critics Circle Award in Autobiography. Jeremy has appeared on NPR, NTS Radio, BBC Radio London, BBC Radio 4 and Resonance FM. He is an editor at the journal Failed States.

His next cultural memoir, Deep House, will be published in 2024.

WINNER of the  2021 NATIONAL BOOK CRITICS CIRCLE AWARD IN AUTOBIOGRAPHY

LONGLISTED for the JHALAK PRIZE 2022

A brilliantly evocative fusion of cultural criticism, history, and memoir telling the story of the gay bar, arguably on the brink of extinction.

In the era of Grindr and same-sex marriage, gay bars are closing down at an alarming rate. What, then, was the gay bar? Set between Los Angeles, San Francisco, and London, Gay Bar takes us on a time-traveling, transatlantic bar hop through pulsing nightclubs, after-work dives, hardcore leather bars, gay cafes, and saunas, asking what these places meant to their original clientele, what they meant to the author as a younger man, and what they mean now.

In prose as exuberant as a hit of poppers and as dazzling as a disco ball, Atherton Lin conjures the strobing lights and the throbbing music, the smell and taste of tangles of male bodies, the rough and tender anonymous encounters, the costumes and categories--twink, top, masc, queen, tweaker, tourist, voyeur, exhibitionist--all the while tracking the protean aesthetics of masculinity and gayness. Along the way, he invites us to go beyond the simplified gay bar liberation mythology of Stonewall and enter the many other battlefields in the war to carve out space in which to exist, express, and love as a gay man.

Elegiac, sexy, and sparkling with wry wit, Gay Bar is at once a serious critical inquiry into how we construct ourselves through the spaces we inhabit and an epic night out to remember. Enjoy the Spotify playlist.

Recommended as a 'Top Pick' - The White Review, the Skimm, Book Riot, Lit Hub, the New York Times Editor's Choice, and more. Listen to Jeremy discuss GAY BAR on Kirkus podcast and the Los Angeles Review of Books. Read this interview on Electric Literature. And this piece on the London Review of Books.

“Gay Bar” is a restless and intelligent cultural history of queer nightlife... Atherton Lin is even more talented at seeing what no longer remains, of deciphering places as palimpsests 'of a kind, with their traces of fragile, fugitive queer history.' - the New York Times

'I can’t remember the last time I’ve been so happily surprised and enchanted by a book. GAY BAR is an absolute tour de force'.  - Maggie Nelson, author of The Argonauts

“Jeremy Atherton Lin's personal history of queer nightlife is shot with vibrant intellectual adrenaline. With keen original insight, he celebrates the gay bar as a site of ribald, sensuous, and urgent resistance. A must-read for all.” —Cathy Park Hong, author of Minor Feelings
'A text for our times that should become a classic.'– Paul Mendez author of Rainbow Milk
'An absorbing read... Compelling issues are rendered with a deft hand and light touch. This is exceptional writing' - the Financial Times
"Already, Gay Bar reads like a cult classic" - the Evening Standard
'a brilliantly written and incisive account of gay life in Los Angeles, San Francisco and London... a history lesson, a travelogue, but it is also a display of a rich sensibility, a kind of autobiography using bars as its thread' - Colm Tobin, the Guardian
"“Beautiful, lyrical memoir” and “Atherton Lin has a five-octave, Mariah Carey-esque range for discussing gay sex. . . This isn’t (just) textual exhibitionism, it is a vivid piece of self-authorizing code, letting readers know that if you can’t take the prose, you should stay out of the memoir. Like any good gay bar, this book has a bouncer, and his name is Diction.” - New York Times Book Review
"Raunchy, tender, and bracingly erudite, GAY BAR is an archeology, a 4 a.m. afterparty, a disco-and-glitter drenched fever dream. Written in luxuriant, sublimely evocative prose, Atherton Lin wafts between personal anecdote and political history, exploring the evolution of queer spaces, and how their disappearance is a sign of what we’ve both gained and lost. GAY BAR is pure pleasure to read: like having an intimate conversation with your funniest, smartest friend." - David Adjmi, author of Lot Six

“Each page made me yearn for the dance floor and each chapter made me think about our need for queer spaces in new ways. I'm so glad that someone has written the definitive book about gay bars... but specifically, Atherton Lin, who has captured the subversiveness and sexiness that make these places what they are, or, tragically, were.” -Amelia Abraham, author of Queer Intentions

"Hilarious, arousing and challenging" - the Face

'an illuminating, sexy, vibrant examination of place and identity' - Buzzfeed

'Gay Bar is searching, erudite, and sexy. With verve and grace, it probes the past, present, and future of queer life while refusing easy binaries. Gay Bar is about pleasure, but deeply serious too. It is wonderful — one of the best books I have read in ages.' - Katherine Angel

'Utterly blown away. Jeremy Atherton Lin creates something new from a territory that feels so familiar and known. We can never have enough complex, intersectional writing about queer experience, and this is such a welcome, needed addition to the canon.' – Niven Govinden, author of This Brutal House and Diary of a Film

'Lively and dirty, intellectual and gossipy, Gay Bar is the rare book that feels both like a guilty pleasure and like it is making you considerably smarter as you read. A super exciting debut and an important document of queer lives.' - Michelle Tea, author of Agains Memoir and How to Grow Up

'Gay Bar is a book that's beyond impressive, and Atherton Lin's writing is both extremely intelligent and refreshingly unpretentious. And while it succeeds on many levels, perhaps the most remarkable one is Atherton Lin's constant questioning of himself, and the realizations of how he's changed since he walked into his first gay bar years ago' - NPR

'Jeremy Atherton Lin’s GAY BAR is a book of rare dream-like power, an exacting anthropology of queer life. Brainy, audacious, funny, vulnerable, and sexy, it’s endlessly awake not just to codes and signs but to a culture that’s changing faster than most of us are able to see.'  —Paul Lisicky, author of Later: My Life at the Edge of the World

A brilliant, exhilarating juxtaposition of memoir, social history, architectural analysis, shoe-leather geography and more penises than you can shake a stick at, Gay Bar is a study of the intersection between sexuality and identity made concrete. Passionate, wry, funny, clear-eyed, romantic, sceptical, randy, bold, celebratory and stinky, often all at once.' --Will Ashon, author of Strange Labyrinth and Chamber Music

“[Atherton Lin] delivers a full sensory experience: from the discos of yore in Hollywood, to the gay mecca of San Francisco, and the off-the-wall neighborhood staples in London—the whiff of poppers faint from the turn of a page…A mind impossible not to swoon over.” - Electric Literature

“Like the hypnotic thumps of good house music, Jeremy Atherton Lin’s voice pulses. Painstakingly researched and tenderly written, Gay Bar marks queer bars as sites of resistance and reinvention. I longed for nothing more than to club hop with Lin, to occupy the spaces between light and shadow, between love and desire, and to consume the night alongside him so that we might emerge wholly new.” - Alex Espinoza, author of Cruising: An Intimate History of a Radical Pastime

'Gay Bar is an essential read in 2021, especially for those who might be unfamiliar with the cultural and historical significance of the “gay bar".' - Vogue

'"A vibrant and wistful report on a bygone era in gay culture." – Kirkus Reviews, Starred Review

'Gay Bar is enriched by the voices of others--thinkers in history, philosophy, literature and queer theory--but Lin never loses his own. This exploration is personal, deeply researched, smart and essential.' - Shelf Awareness

'Gay Bar is a vital book about the past, present, and future of queer culture.' - Debutiful

'A rich tapestry of history, theory, and criticism- Vanity Fair