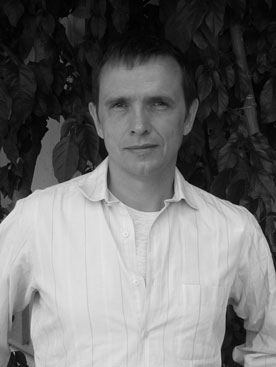 Jean-Marie Besset has been nominated ten times for the Molière award (France's Tony Award) - six times as Best Playwright and four times as Best Translator. He won in 1999 for his adaptation of Michael Frayn's Copenhagen. He won the Best New Play award from the Syndicat National de la Critique Dramatique (Association of French Critics) for CE QUI ARRIVE ET CE QU'ON ATTEND in 1993, the New Theater Talent prize from the SACD (Society of Dramatic Authors and Composers), also in 1993, and the Grand Prize for Theater from the Académie française in 2005. He was named Chevalier (1995) and Officier (2002) in the Ordre des Arts et des Lettres, and Chevalier in the Ordre national du Mérite (2009) by the French government.

Born in Carcassonne, Besset spent his childhood and adolescence in the nearby small town of Limoux, in Southwest France, until his Baccalaureat (1977). With degrees in business (Ecole Supérieure des Sciences Economiques et Commerciales, 1981) and political sciences (Institut d'Etudes Politiques de Paris, 1984), he divided his time between Paris and New York for twelve years.

In 1999-2000, he returned to France to become the artistic director of the Théâtre de l'Atelier, a landmarked Paris theatre acquired by Laura Pels. In 2000, in partnership with producer/director Gilbert Désveaux, he formed the company BCDV THEATRE to initiate and mount projects (among which was a summer theatre festival, NAVA – New Authors in the Aude Valley.)

Besset was elected onto the board of the Society of French Playwrights (SACD) from 2001-2003 and again in 2009. He was a literary consultant for the Theatre du Rond Point from 2002 until 2009. He held the position of Director of the Centre-Dramatique National du Languedoc-Roussillon in Montpelier from 2010 until 2013.

With fellow playwright Mark O'Donnell, he completed a new English version of Feydeau's A FLEA IN HER EAR directed by Bill Irwin at the Roundabout Theatre (New York, Feb-May 1998).

For the screen, Besset co-wrote THE PROPRIETOR, an original screenplay for Merchant Ivory Productions (1995), and has developed film version of his plays, GRANDE ECOLE (Robert Salis; 2004), COMMENTAIRE D’AMOUR (in project), and his stageplay RER was filmed (THE GIRL ON THE TRAIN /André Téchiné, 2009).  More recently, Jean-Marie adapted Alan A|yckbourn's LIFE OF RILEY, which has been made into a film by Alain Resnais - AIMER, BOIRE ET CHANTER (2014).

Recent translations for the stage include Oscar Wilde's THE IMPORTANCE OF BEING EARNEST (produced in 2013 in Montpellier and Paris),  Will Eno's MIDDLETOWN, Edward Albee's AT HOME AT THE ZO0 and Pinter's ASHES TO ASHES.