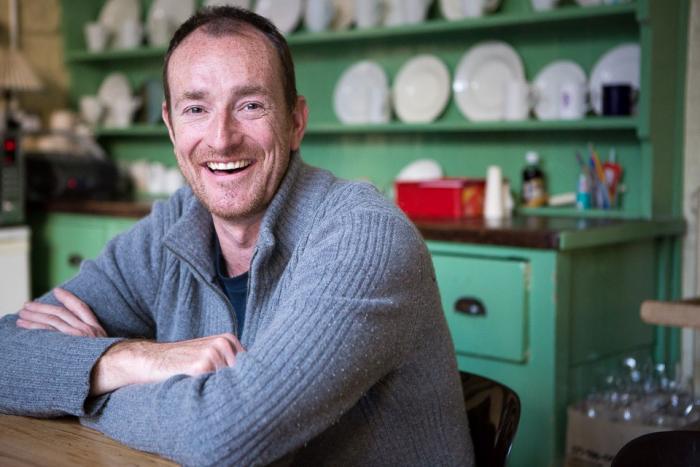 Henry Naylor is best known for his role as creator and lead writer of HEADCASES, the animated satirical comedy for ITV.  HEADCASES used cutting edge computer graphics and the very best in writer and voiceover artists to satirise some of the biggest egos in politics, showbusiness and sport.

Also directed by Henry, the series won the Award for Innovation at the RTS Craft & Design Awards; “The jury chairs were impressed by the innovation, humour, combination of contemporary story-telling and mischievous animation, all achieved on a low budget in fast turnaround”.

It was also nominated for Best New Programme at The Broadcast Awards 2009.

Henry is also preparing to have his first feature film FINDING BIN LADEN produced this year by Moulin Rouge producer, Martin Brown. The film is an adaptation of Henry's first stage play.

Henry's career as a comedy writer and writer-performer began some 14 years' ago as part of a University Revue where he was spotted and taken on by TV double-act Smith & Jones. After a long stint as Head Writer on the satirical puppet show SPITTING IMAGE Henry went on to devise, write and perform in his own satirical show for Radio 2 with Andy Parsons: At nine series PARSONS AND NAYLOR PULL OUT SECTIONS was one of the country's top-rated radio comedies, regularly garnering 2 million listeners. As a writer-performer Henry has appeared in shows as diverse as SATURDAY NIGHT LIVE and THE ROYAL VARIETY SHOW at The Royal Albert Hall.

Henry's short films have been screening to great acclaim: SEND IN THE CLOWNS was selected for the LA Shorts Festival alongside winning the prize for best short at LA's Mockumentary Festival. Prior to that, GARBAGE MAN reached the final of the world's largest short film festival - Australia's TropFest - playing to crowds of some 130,000.

Henry is also a talented Actor and Voiceover artist.