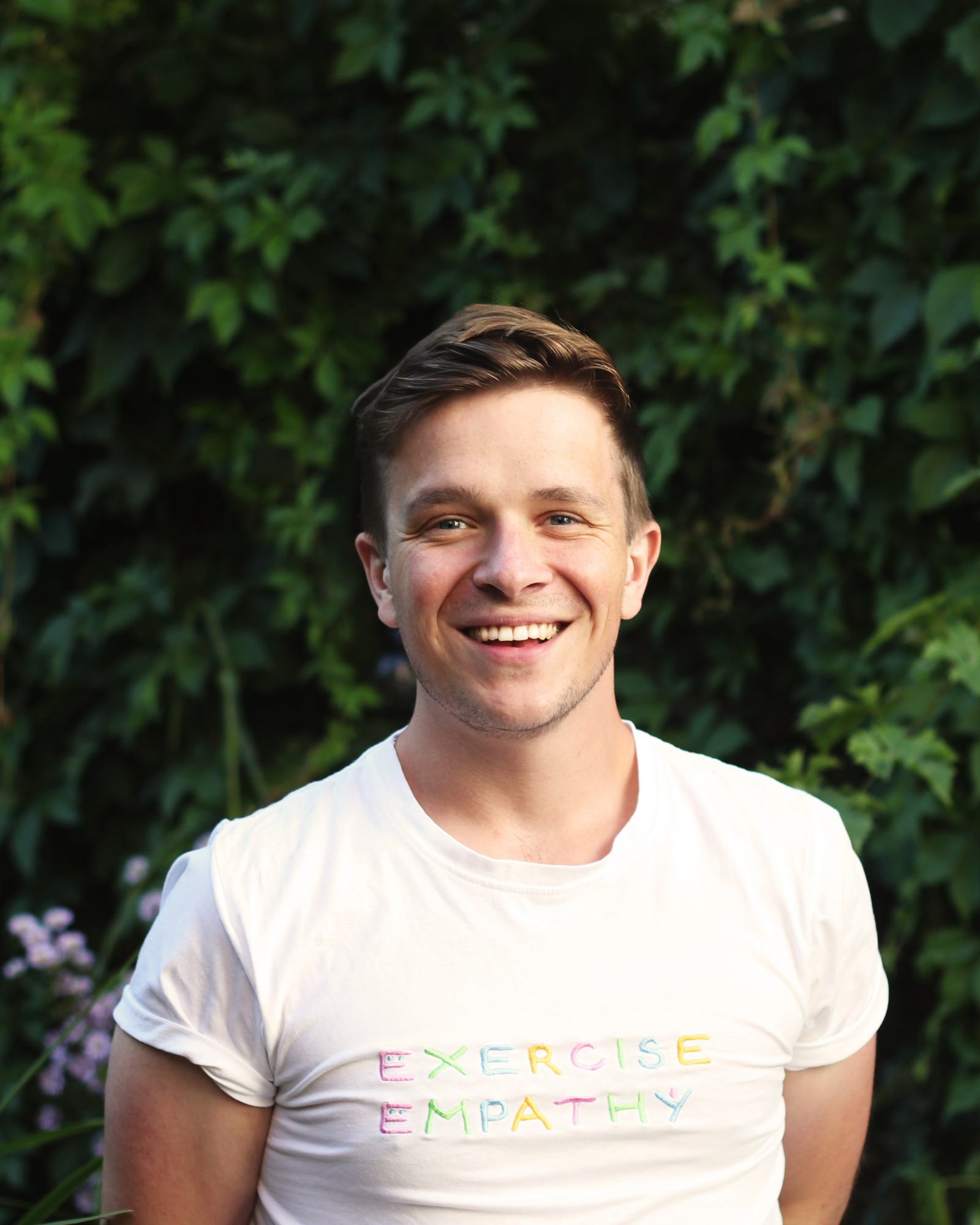 Henry James Garrett was born in Bristol to a physicist and a lawyer; wonderfully supportive parents who taught him how – and not what - to think. When he said he wanted to study art as one of his A-levels, his mother kindly pointed out that he was “crap at art”. He did it anyway. But for his degree, he stuck to what he was good at, and studied Philosophy. Henry went on to start a PhD on metaethics and empathy, but had to stop due to anxiety.

Not knowing what to do next, he turned to one of the few things he didn’t find stressful: drawing dogs saying amusing things to one another. Since then Henry has launched a range of greeting cards with UStudio, started a weekly cartoon in The i newspaper, and branched out from dogs to other anthropomorphised animals and ephemera.

What he lacks in drawing abilities, Henry tries to make up for with wit, wordplay, and an ethical bent to his cartoons (his mum has retracted her comment though). His drawings range in theme from the philosophical, through identity politics and mental health, to the absurdly punny. Henry now lives in Brighton with his love-partner who is the kindest human being alive.

THIS BOOK WILL MAKE YOU KINDER: AN EMPATHY GUIDEBOOK - Souvenir Press - 20 Oct 2020

This book will make you kinder by introducing you to your empathy, and by pointing out what limits that empathy. Not just the everyday kindness of taking out your neighbour's bins - the strong, courageous, moral kindness of fighting cruelty. It's needed now more than ever. Unkindness has been given new energy in recent years.

So get to know your empathy a little better. Where it comes from, and why every human - and some animals - have it. Empathy is what makes us kind, but it must be combined with a conscious effort to learn about different kinds of people. A world in which everyone acted on their empathy would be a very kind world indeed. Let's work toward that world.