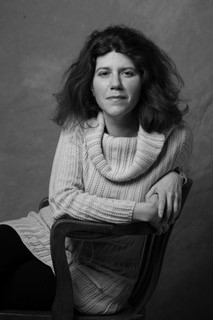 Emilia Bernhard is an American with a German passport, transplanted to England. She was born in Philadelphia and lived in Iowa, Massachusetts, Arkansas, Cambridge and Paris before ending up in Exeter.

The second book in Emilia Bernhard's charming Death in Paris series, featuring two American sleuths in the City of Lights, is perfect for fans of M. L. Longworth and Juliet Blackwell.

Parisian summers are for strolls in the park . . . and solving a murder--or two.

When American sleuth Rachel Levis stumbles upon an employee of the French national library strangled in the bathroom of a cafe, she's not surprised to be asked to help with the investigation by her old acquaintance Capitaine Boussicault--after all, she and her best friend Magda solved a tricky murder only eighteen months before.

But right from the start, this case proves to be très difficile. When Rachel goes undercover as a librarian to determine which of his book-loving colleagues loathed the man enough to kill him, the library is rocked by more bad news: a priceless antique book has been mutilated. And the very next day, her favorite suspect for the murder is found dead in the stacks.

Just as the case is heating up, Boussicault pulls Rachel from the investigation. Undeterred, she and Magda decide to forge ahead with their own investigation--even if it could put them at odds with the police and in serious danger. With evidence and suspects piling up, it will be up to them to find the culprit--and stop more innocent books from being harmed--before anyone else checks out for good.

Praise for THE BOOKS OF THE DEAD:

'The interplay between Boussicault and Rachel...drive the narrative as much as the puzzle. A worthy encore to Bernhard's Death in Paris series debut.' - Kirkus

Praise for DEATH IN PARIS:

'Bernhard's delightful debut... an often witty comedy of manners, gives a view of the highs and lows of contemporary Parisian society... Bernhard fills the novel with entertaining characters, conjures up an authentic Paris, and gives the reader intelligent, if frothy, fun.' Publishers Weekly

'[A] tres charmant debut... Fans of cozies and the City of Lights, or drawn to the theme of female friendship, will eagerly await an encore.' Booklist Starred Review

"Those who enjoy contemporary cozy mysteries with amateur sleuths will gobble up this first in a series with two Americans in Paris as if it's an actual treat in a Paris cafe.' - Library Journal

'With a dreamy location, plenty of sensory details, a passel of suspects, and a dash of suspense, DEATH IN PARIS is as luscious as a pain au chocolat served at a sidewalk cafe - and as charming as poking through the cobblestone alleyways of the Left Bank. Bern​hard's debut promises a wonderful new series set in the most beautiful city in the world.' Juliet Blackwell, New York Times bestselling author

'Bernhard has crafted a delightfully atmospheric mystery, a pièce de résistance filled with the flavor of Paris, France.' Allyson K. Abbott, author of Murder on the Rocks