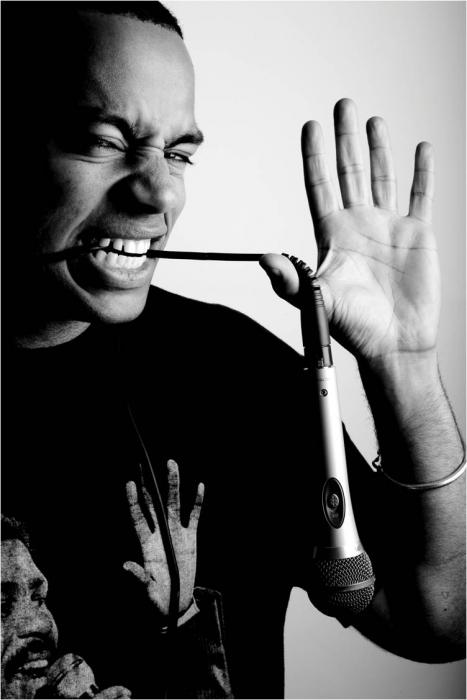 Ben ‘Doc Brown’ Smith originally made a name for himself as a rapper, known as much for his off-the-cuff freestyle rhymes on stage as for his self-deprecating style on record. A chance meeting with DJ/Producer Mark Ronson in 2004 struck up a relationship that led to Doc touring with Ronson’s band as their MC on a string of festival shows from 2006 – 2007.

On his return from tour, Doc began writing music and performing for a number of BBC Radio comedies, which in turn led to musical performances at live comedy nights. Since February 2008, these musical interludes have evolved into a unique brand of stand-up comedy which Doc took all the way to the grand final of the most prestigious UK competition for new comics, So You Think You’re Funny?, at the Edinburgh Festival 2008.

"Looks as if he was born on stage... with an irresistibly amiable demeanour that gives him an effortlessly charismatic aura- he could yet be the Bill Bailey or Tim Minchin of rap."
- Steve Bennet, Chortle April 09