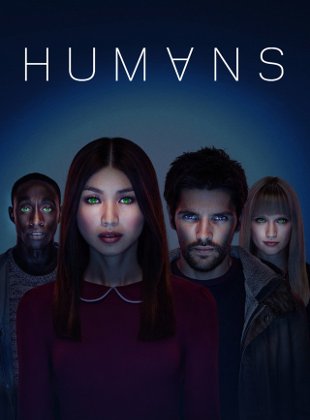 Charlotte is currently Head of Development at Expectation.

Prior to this, she was Script Editor on DEEP WATER for Kudos/ITV and on the third series of Kudos/Wild Mercury's HUMANS. Working with the established show runners, Jonathan Brackley and Sam Vincent, this series has a larger roster of writers than before with Daisy Coulam (Grantchester) and Debbie O’Malley (The Guilty, Harlots) joining the ranks. Exciting new talent, Melissa Iqbal, Namsi Kahn and Jonathan Harbottle are also writing episodes and Charlotte is thrilled to bring fresh voices to the hit series.

HUMANS was the second AMC/Channel 4 project that Charlotte has worked on, following her role as Assistant Script Editor on LOADED. Working directly with creator Jon Brown and the producers at Hillbilly Films and Keshet, she was closely involved in the production and story lining process, as well as juggling two versions of each script to ensure that AMC had a suitably censored episode.

Starting her career as an in-house runner for Carnival Film and Television, Charlotte moved into the world of freelance beginning as Production Assistant on the iconic return of the RED DWARF series for UKTV, and culminating in a Production Secretary position on Edgar Wright’s feature THE WORLD’S END for Working Title Films.

Following this role, she moved in house at Working Title. There she worked across both Film and TV departments as runner, script reading for both teams as well as for for other companies such as Tiger Aspect and Slim Film and TV. In 2013 she was offered a permanent role at Slim where she was quickly promoted to Script Editor.

At Slim, Charlotte was attached to a number of projects in development, working with her future HUMANS colleague, Daisy Coulam, as well as Joe Barton, Jessica Hynes, Simon Allen and Daniel Cullen. Key to her role at Slim was the sourcing and subsequent development of book options, two of which went into fully-funded development at the BBC.

Having been told in her teens that she watches “anything with a screen”, Charlotte is thrilled to have turned her passion and love for television into a career.