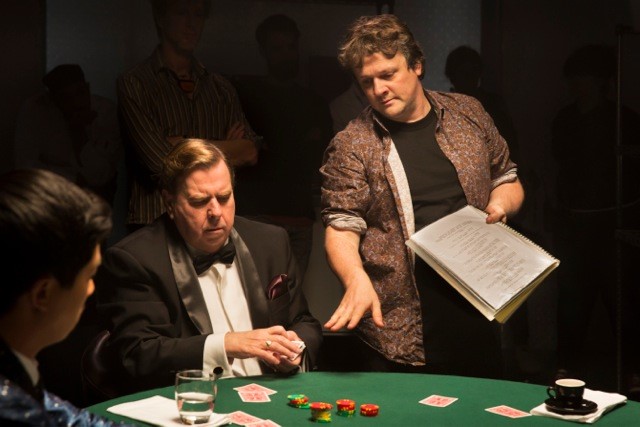 After studying Ecology and Medieval History at Melbourne University, Ben Chessell graduated from Victorian College of the Arts in 2001. His highly acclaimed graduation film, THE ONLY PERSON IN THE WORLD was released theatrically with ITALIAN FOR BEGINNERS by Palace Films. It was a finalist at the 2002 Dendy Awards, was nominated for an AFI award and won Best Short Film at the Australian Circle of Film Critics, as well as screening at over twenty film festivals. Ben went on to make the Australian Film Commission funded short HEARTWORM, and spent six months in Germany where he made A FAMILIAR LULLABY THIS TIME IN GERMAN.  Ben wrote and directed a telemovie for SBSi, THE HEARTBREAK TOUR with Toby Schmitz, Anthony Hayes, Caroline Craig, Nathaniel Dean and Alexandra Schepisi. THE HEARTBREAK TOUR was the first screenplay to be nominated for the Melbourne Prize for Literature. Ben was also involved as one of the directors in the LITTLE DEATHS project (Melbourne International Film Festival 2008).

He was a finalist in the Kudos/Red Planet Pictures Screenwriting Prize in 2011. He is developing a number of feature films and television dramas as writer/director: WRITING RAIN with producer Louise Smith (Australian Writers Guild un-produced screenplay award in 2009),  and HISTORY (completed as part of his Masters in Screenwriting). He is also the writer of JERUSALEM, an epic historical romance, and is developing THE CENTURY with Headstrong Pictures in London.