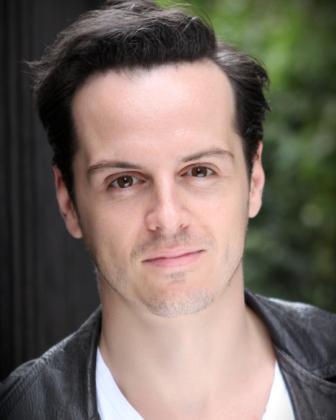 Andrew Scott is a much acclaimed Irish actor, who has starred in a diverse array of projects across film, television and theatre.

He has starred in a vast number of successful feature films. He just wrapped on a lead in Sam Mendes’ upcoming 1917. Other credits include Spectre, Denial, Alice Through the Looking Glass and Jimmy’s Hall, as well as his acclaimed role in hit British film Pride, for which he received the British Independent Film Award for Best Actor in a Supporting Role.

Scott won the BAFTA Award for Best Supporting Actor for his performance as Moriarty in Sherlock. Other television credits include his much acclaimed role in international hit Fleabag, as well as Black Mirror, His Dark Materials, Modern Love and The Hollow Crown. He can soon be seen in the titular role for Showtime’s upcoming television series Ripley.

He is also a celebrated stage actor with roles in notable productions such as Cock and A Girl in a Car with a Man at the Royal Court, both for which he received an Olivier Award. He subsequently was nominated for the Olivier Award, the Evening Standard Award and won the Critics Circle Award for his acclaimed performance as Hamlet at the Almeida and its subsequent transfer to the West End. Most recently he starred as Garry Essedine in Present Laughter at The Old Vic, for which he won Best Actor at the Evening Standard Theatre Awards.