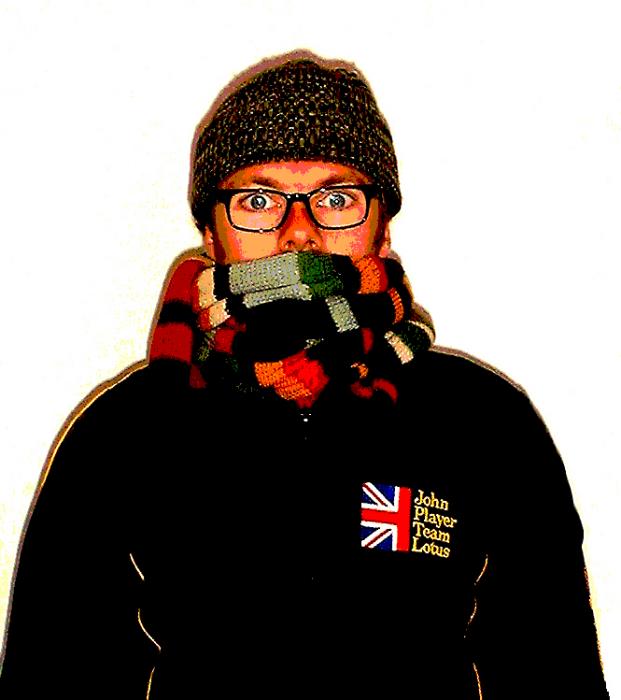 William Bee was born in London, but now lives in the English countryside.

As well as writing books, he races a vintage sports car, is an international skier, and when at home tends his lawns and meadow. Bee rarely leaves his tiny village, accept for international skiing and vintage racing, but his daily walks lead to friendly encounters with the local wild life. He knows the local weasels, grass snakes, moles and hedgehogs, as well as the family of deer that live in his garden.

Bee writes his books on his various typewriters - including a classic Royal Sabre and a pair of Smith Corona Super Gs. His work has been displayed in various museums including the Victoria & Albert Museum in London and Mitsukoshi Museum of Art in Japan.

Arty is a frog. But not just any frog. He's also the greatest artist in the world. But how did he become the greatest artist in the world? Well, he had to paint the highest painting in the world. And the wobbliest. The fastest. The wettest. The loudest. And don't forget the hairiest and scariest! Join Arty and his agent, Mr Grimaldi, as they get themselves into all sorts of strange situations - from balancing on a stepladder at the top of Mount Everest, being strapped on the wing of a supersonic plane, coming face to face with a very big gorilla, balancing on a tightrope and much much more. Arty will make you laugh out loud as you wonder at his amazing antics and supreme confidence!

William Bee is back and this time he's showing us his amazing collection of farm machines and tractors. There's his teeny tiny tractor for picking fruit, the widest tractor in the world that can cover acre after acre, tractors for pulling ploughs or for pushing smelly loads of manure, his combine harvester and not forgetting his animals, including cows, Daisy and Buttercup, plus Brian the horse. The Cone Family are back to help (or is that hinder?) on the farm, as is Sparky the dog. Perfect for every child fascinated by farms, tractors and amazing vehicles. Brmm Brmm, let's get farming!

William Bee loves his trucks. He has lots, and if you're lucky he'll show you some of them and tell you all about them. There's his tanker truck, which carries all the fuel he needs for his vehicles - in fact it holds enough fuel for 650 cars! Then there's his coal-fired steam truck, his amphibious truck, which can swim, his truck with its very own crane and his snow-blowing truck, plus the truck that carries all of his racing cars, and not forgetting his jet-powered truck that can reach 370mph! And that's just the beginning of his collection. Join William, his dog and his gang of unruly traffic cones on a grand tour of the world of trucks. Perfect for every child who is fascinated by vehicles large and small - but mainly large! Peep Peep!

Arty the frog is an artist. In fact, he's the greatest artist in the world. And now he's about to blast off into space, to go where no artist has gone before. He is not happy about it, but Mr Grimaldi (who sells Arty's paintings) is excited by the opportunity. After a number of uncomfortable space tests, Arty is ready for his artistic space mission. When he comes back, he has a great surprise for the scientists on Earth. Will they be pleased with his artistic endeavours or will they be hopping mad? It's one small step for Arty, one giant leap for art-kind in this latest adventure for everyone's favourite frog. And on the 50th anniversary of the very first moon landings, what could be more timely?

Stanley is taking Little Woo, Sophie and Benjamin somewhere special for the day. He prepares the train early in the morning and then, with a chuff, chuff, chuffety-chuff they're off!

Little Woo has a beach ball, Benjamin has a toy boat and Sophie has a rubber ring. Where could they be going?