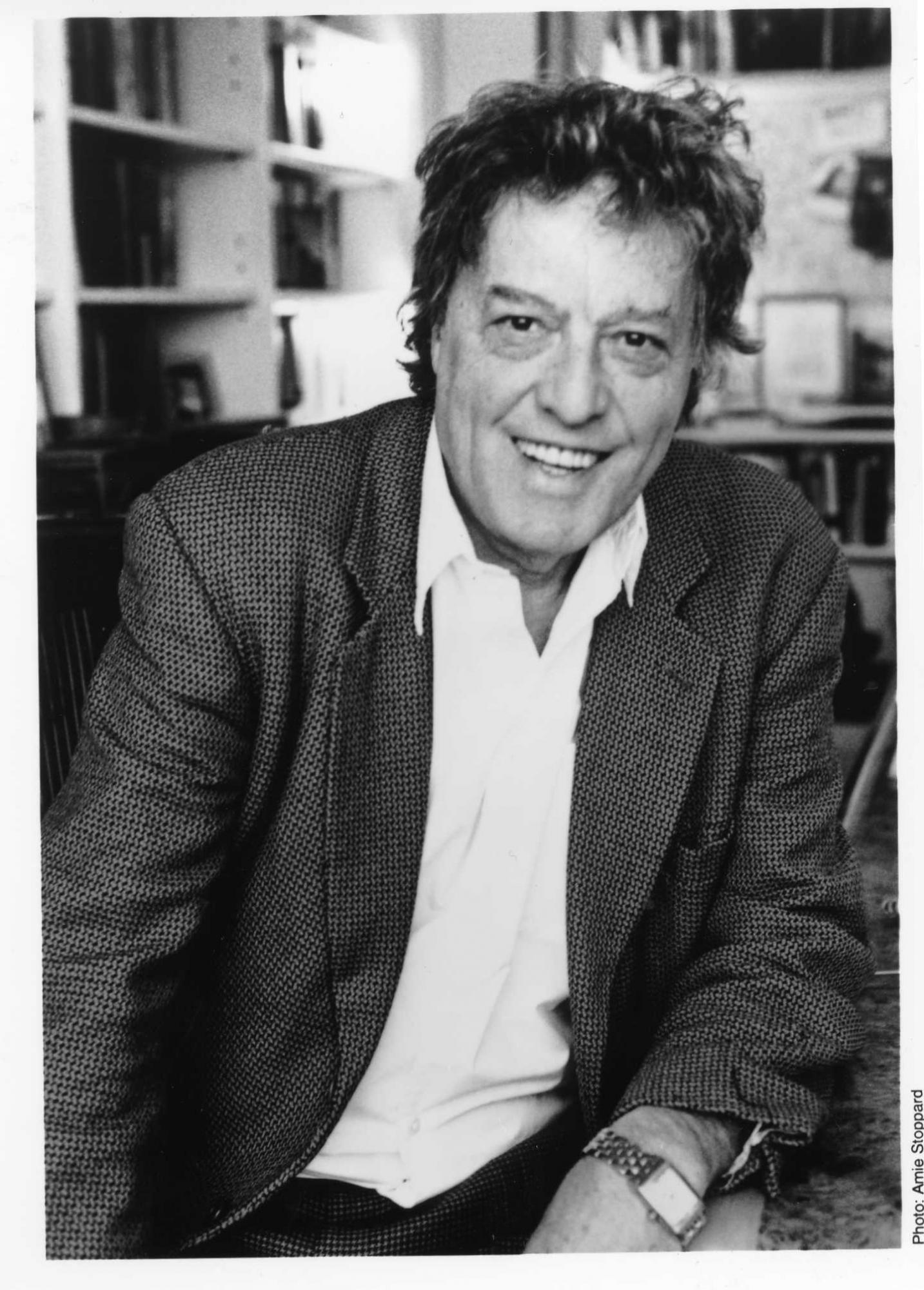 His plays include: Rosencrantz and Guildenstern are Dead, The Real Inspector Hound, After Magritte, Jumpers, Dogg’s Our Pett, New-Found Land, Dogg’s Hamlet, Cahoot’s Macbeth, Travesties, Every Good Boy Deserves Favour (a play for actors and orchestra written with André Previn), Night and Day, The Real Thing, Hapgood, Arcadia, Indian Ink, The Invention of Love, The Coast of Utopia, Rock ‘n’ Roll and The Hard Problem.

Adaptations include: Tango, Undiscovered Country, On the Razzle, Rough Crossing and Dalliance.

Translations include: The Seagull, Henry IV, Ivanov, The Cherry Orchard, The House Of Bernarda Alba and Largo Desolato. He has written eight Evening Standard award-winning plays and five of his plays have won Tony awards.

Radio plays include: Darkside (set to Pink Floyd’s album, The Dark Side of the Moon); On ‘Dover Beach’, If You’re Glad, I’ll Be Frank, Albert’s Bridge (Italia Prize winner); M is for Moon Among Other Things, The Dissolution of Dominic Boot, Where Are They Now?, Artist Descending a Staircase, The Dog It Was That Died and In the Native State.

Television adaptations include: Parade’s End (BBC/HBO); A Walk on the Water (from Enter a Free Man); Three Men in a Boat and The Dog It Was That Died. Original television screenplays include: Another Moon Called Earth, A Separate Peace, Neutral Ground, Teeth and Professional Foul, which won awards from BAFTA, the Broadcasting Press Guild and Squaring the Circle. He adapted his television dramatisation of Jerome K Jerome’s Three Men in a Boat for BBC Radio.

Screenplays include Anna Karenina, Despair, The Romantic Englishwoman, The Human Factor, Brazil, Empire of the Sun, The Russia House, Billy Bathgate, Poodle Springs and Shakespeare in Love (with Marc Norman), which won him an Academy award for Best Original Screenplay, a Golden Globe and the Broadcast Film Critics and American Guild awards for Best Screenplay 1998. He directed and wrote the screenplay for the film of Rosencrantz and Guildenstern are Dead, which won the Prix d’Or at the Venice Film Festival 1990 for Best Film.

Please send all permissions and press requests to fhyde@unitedagents.co.uk