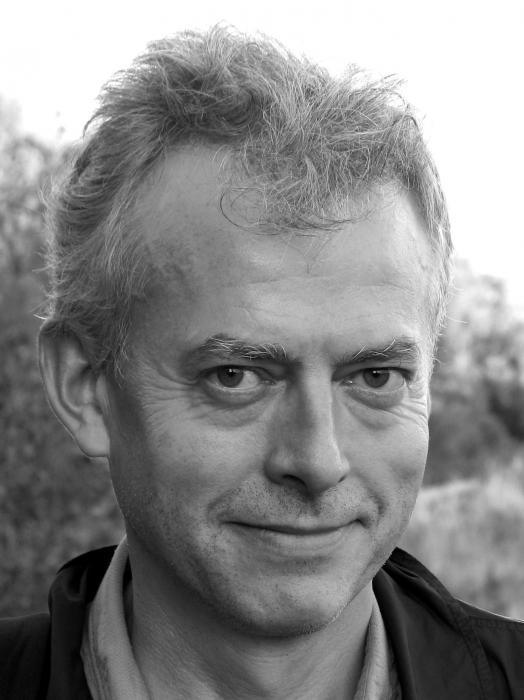 Tim Dee was born in Liverpool in 1961. He has worked as a BBC radio producer for twenty years and divides his life between Bristol and Cambridge. He is the author of THE RUNNING SKY (2009) and FOUR FIELDS (2013).

He is also the editor of GROUND WORK, an anthology of nature writing, which was published by Jonathan Cape in March 2018. LANDFILL, Tim's book on gulls, literature and landfill sites, was published by Little Toller Books in October 2018.

GREENERY: JOURNEYS IN THE SPRINGTIME was published by Jonathan Cape in March 2020.

'Masterly... Tim Dee's Greenery, a joyful, poetic hymn to spring, could hardly be less like McCarthy's dystopian novel [The Road], but its impulse is the same. [...] [This] book full of echoes and allusions [is] doubly effective and affecting. For while it celebrates spring... it sets against the cyclical nature of the seasons the linear unspooling of our own lives. [...] Greenery is an education in looking at, and loving, nature. As Dee moves through the world, and the fact of his illness gradually stalks up on him, birds make the strange familiar, the foreign homely. [...] [Love] is what the book leaves you with, a gift to the son Dee may not know for long. It is a lesson in how to love the world, in how to look at it, and behind everything there beats a deeper message: that spring cannot exist without winter, that life needs death to define it.' Alex Preston, Observer 'Science and nature book of the week'

'As the months and latitudes pass, it is clear that Dee's journey is not just terrestrial but a bid "to live so as to avoid winter" - to outpace time itself. What's miraculous about Greenery is that you finish it feeling he's almost succeeded. [...] [The] book is cyclical like the seasons or the movements of the birds that are its lodestars, flitting in time as well as space. [...] Ardent, playful, quietly subversive - this is how Dee has always written, but his originality and learning mean he never needs to resort to the devotional swooning that has always plagued writing about the non-human world. [...] Deeply affecting... like a painter's varnish, deepening shadows but intensifying colours.' William Atkins, Guardian

'It would surely take the staunchest of bird fanciers to stand up for the poor old seagull – or plain gull, as it has become, since it took to the dumps – but that is what Tim Dee does, and does persuasively, in his fascinating, funny and bravely titled Landfill (Little Toller). To say his book is about gulls would be like saying that Lolita is about paedophilia.' John Banville, Guardian 'Books of the Year 2018'

'[Dee's] descriptions are constantly inventive; wry and fearless. A project as expansive, and as mesmerizing, as a fenland sky' Scotsman

'[A] mesmerising book... Written in the same lyrical prose as The Running Sky... Four Fields is about far more than pieces of earth; it is a summary of humanity's aspirations. Tantalinsing and eloquent' Economist

'An enthralling and unexpected book – or four short books – about what we have made of the natural world. The language itself is rich and loamy. There is evidence of much thought here, as well as a naturalist's profound observation. It is proof that really, there is no such thing as "nature writing" – Dee gives us the wide world and everything in it, including ourselves and all our works' Guardian

'The fields are in Zambia, Montana, Ukraine and the Norfolk fens, but Dee's definition includes fields of vision, prairies and battlefields. There are no rhymes, but Dee writes and sees like a poet' Frances Wilson, TLS summer reads 2014
'This lyrical journey around four fields tells us as much about ourselves as the natural world... for its purity of intent and fixity of attention I was very grateful. The book offers experiences and, for anyone whose responsiveness to the world has slackened, a reminder of how full experience can be' Observer
'Wonderfully written prose... well worth the wait' Great Outdoors
'With a lyricism richly and strangely his own, Dee maps a topography that has as much to do with the mind as with Earth' Nature

Praise for THE RUNNING SKY:

'The Running Sky has the makings of a classic... beautifully written, extraordinarily vigilant, and very moving... we learn a lot about ourselves as well as the fellow creatures flying through, over and around our own lives' Andrew Motion

'Serious and playful... creates a powerful and intensely poetic paean to what others have called the wonder of birds' Guardian

'A little masterpiece, like an intricate skein of all the avian life he has seen, a gorgeously overpopulated love letter to birds' Independent

'[Dee] has a forensic eye for detail and a gift for poetry... He is in the front rank of contributors to the literature of natural history' Daily Telegraph

'As unexpected as it is brilliant... A moving, powerful meditation on the natural world that envelops us' Helen Dunmore

'A most extraordinary, mind-changing odyssey, a 2001 bird obelisk into our muddled perceptions... hugely original and confident and brave' Richard Mabey

'A beautifully haunting and involving memoir. The writer's passion for birds becomes his whole way of expressing his relationship to landscape and history and family: unsentimental and urgently contemporary' Tessa Hadley

'What makes [Dee's] book wonderful is his passion... He captures the thrill and puzzlement of watching birds as I have never previously seen it captured' Sunday Herald

'To write a book about a year's birdwatching as keenly observed as this, you have to be dedicated to the point of obsession; to write one as transcendent, you must be a poet' The Times

'[Dee has] created a marvel. A new species of nature writing and autobiography. He makes you see how populated the sky is, and how busy the air. And his prose flies - soars' Susannah Clapp