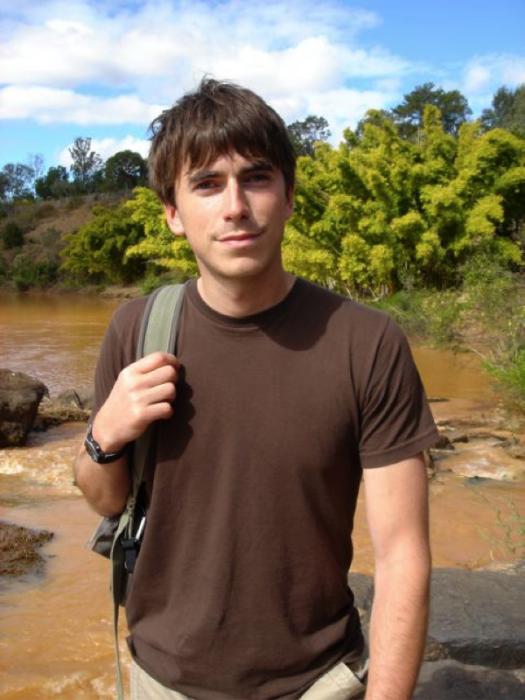 Simon Reeve is an author and TV presenter, and one of the world’s most adventurous travellers.

As the presenter of multiple BBC television series including Indian Ocean, Australia, Tropic of Cancer, Equator, and Tropic of Capricorn, he has travelled extensively in more than 110 countries, across jungles, deserts, mountains and oceans, and to some of the most beautiful, dangerous and remote regions of the world.

Reeve is also a New York Times bestselling author who has written or contributed to numerous books on international terrorism, modern history and about his adventures, including The New Jackals (1998), the first book in the world on Osama bin Laden and al Qaeda, One Day in September (2000) and Tropic of Capricorn (2007). He has received a One World Broadcasting Trust Award for “an outstanding contribution to greater world understanding” and the prestigious 2012 Ness Award from the Royal Geographical Society.

Simon’s unique brand of documentary-making, combining travel and adventure with current affairs, history, wildlife, culture and conservation, has seen him cover a huge variety of stories, often in developing, poverty-stricken and war-torn countries.

He’s dodged bullets in war zones, hunted with the Bushmen of the Kalahari, dived with sharks, survived malaria, walked through minefields, tracked lions, been taught to fish by the President of Moldova, adopted by former headhunters, and detained for spying by the KGB.

Simon holds an official Somali diplomatic passport – bought from a man called Mr Big Beard in Mogadishu, the most dangerous city in the world. He’s been surrounded by a pack of hungry cheetahs, adopted by a tribe of former head-hunters in Borneo, blackmailed and abandoned by drivers in an Ebola zone, pursued by a huge amorous camel around a poisoned sea, had his life saved by Vietnamese sweet wormwood, and eaten a feast of weird and wonderful food, from zebu penis soup to grilled squirrel.

Reeve has played tribal polo with the corpse of a headless goat, swum with sea-lions, fished for piranhas, climbed the equivalent of half-way up Everest while surviving on coca leaves, travelled around the planet by van, canoe, car, train, boat, horseback, helicopter, plane, and a 50-metre-long $1m truck, and used a zip-line to get inside one of the most repressive states in the world.

His TV adventures have been broadcast in dozens of countries, enthralling millions.

House of Saud: Inside the Kingdom of Saudi Arabia - BBC

Tropic of Capricorn: circling the world on a southern adventure, published by BBC Books, 2008.
One Day in September: the full story of the 1972 Munich Olympics massacre and Israeli revenge operation ‘Wrath of God’, published by Faber & Faber, Arcade and Penguin, 2000.
The New Jackals: Ramzi Yousef, Osama bin Laden and the future of terrorism, published by Andre Deutsch and North Eastern University Press (US), 1998.

Simon Reeve is an author and broadcaster. In recent years he has been traveling around the world for a series of television documentaries. Simon, who is based in London, started work as a teenage postboy on a national newspaper, and spent more than five years as the youngest staff writer on the paper. He left to write investigative features for publications including Time magazine and Esquire, and produced, wrote or edited a series of current-affairs books investigating subjects such as terrorism, biological warfare, international organised crime and nuclear smuggling.