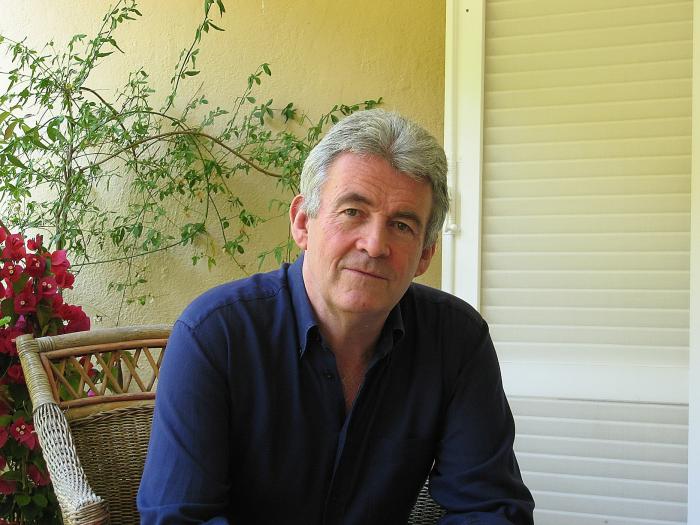 Simon Mawer is the author of eleven novels and two non fiction books. His first novel, Chimera, (Hamish Hamilton, 1989) won the McKitterick Prize in 1989. Two more novels and a non fiction book followed but it was his fifth work, Mendel's Dwarf (Transworld, 1997), that established him as a writer of note on both sides of the Atlantic. It reached the final ten for the Booker Prize in 1997 and was a finalist for a Los Angeles Times Book Prize in 1999. The Gospel of Judas (Little, Brown, 2000) and The Fall (Little, Brown, 2003) followed, with the latter winning the 2003 Boardman Tasker Prize for Mountain Literature. More recently, Swimming to Ithaca (Little, Brown, 2006) is a novel partially inspired by childhood experiences on the island of Cyprus, and another non-fiction work, Gregor Mendel: Planting the Seeds of Genetics (Harry N Abrams, 2006) exploits Mawer's knowledge of biology, which was the subject of his degree and which he taught for many years. The Glass Room (Little Brown, 2009) was shortlisted for the 2009 Man Booker Prize and Tightrope (Little Brown, 2015) won the Walter Scott Prize for Historical Fiction.

It's the summer of 1968, the year of love and hate, of Prague Spring and Cold War winter. Two English students, Ellie and James, set off to hitch-hike across Europe with no particular aim in mind but a continent, and themselves, to discover. Somewhere in southern Germany they decide, on a whim, to visit Czechoslovakia where Alexander Dubček's "socialism with a human face" is smiling on the world.

Meanwhile, Sam Wareham, a first secretary at the British embassy in Prague, is observing developments in the country with a mixture of diplomatic cynicism and a young man's passion. In the company of Czech student, Lenka Konečková he finds a way into the world of Czechoslovak youth, its hopes and its ideas. It seems that, for the first time, nothing is off limits behind the Iron Curtain.

Yet the wheels of politics are grinding in the background. The Soviet Leader, Leonid Brezhnev is making demands of Dubček and the Red Army is massed on the borders. How will the looming disaster affect those fragile lives caught up in the invasion?

Returned to an England she barely knows and a post-war world she doesn't understand Marian searches for something on which to groung the rest of her life. Family and friends surround her and a young RAF officer attempts to bring her the normalities of love and affection but she is haunted by her experiences and by the guilt of knowing that her contribution to the war effort helped lead to the development of the Atom Bomb. Where, in the complexities of peacetime, does her loyalty lie? When a mysterious Russian diplomat emerges from the shadows to draw her into the ambiguities and uncertainties of the Cold War she sees a way to make amends for the past and to renew the excitement of her double life.

Marian Sutro half French, half British, naive yet too clever by half is recruited to go undercover in wartime France.  Trained in sabotage and how to kill, her destination is Paris where she must seek out family friend Clément Pelletier, once the focus of her adolescent desires. A nuclear physicist engaged in the race for a new and terrifying weapon, he is of urgent significance to her superiors. As she struggles through the strange, lethal landscape of the Occupation towards this reunion, what completes her training is the understanding that war changes everything, and neither love nor fatherland may be trusted.

Mawer is a skilful writer and this is a sophisticated, deviously constructed story of a woman who finds her true self in the distorting mirrors of the intelligence game (Nick Rennison Sunday Times)