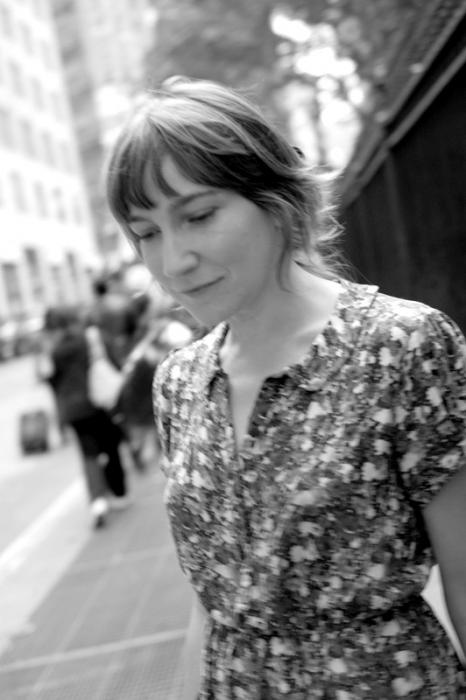 Sheila Heti is the author of five books, and works as a Contributing Editor for The Believer. Her writing has appeared in the New York Times, Guardian, London Review of Books, n+1, McSweeney’s, Dazed & Confused, and other places. Her work has been translated into German, French, Spanish, Dutch, Italian, Vietnamese and Serbian. She studied playwriting at the National Theatre School, and art history and philosophy at the University of Toronto. She is the creator of the popular Trampoline Hall lecture series. She lives in Toronto.

Sheila's fifth book, HOW SHOULD A PERSON BE ?, was a great success in North America and was published in the UK by Harvill Secker in January 2013.

Her new novel, MOTHERHOOD, was published by Harvill Secker in May 2018.

'Motherhood floats, as did Heti’s excellent novel How Should a Person Be?, somewhere between fiction and nonfiction. It reads like an inspired monologue, delivered over a kitchen table, or the one Spalding Gray sat behind in Swimming to Cambodia. Not a lot happens, yet everything does. Heti’s semi-fiction, like that of writers like Ben Lerner, Rachel Cusk and Teju Cole, among others, is dismantling our notions of what a novel should be. These writers prize voice over style. You sense that Heti would feel ridiculous if she wrote a fussy sentence, as if she’d been caught making a triangular hotel fold at the end of a toilet paper roll. She deals out her ideas in no-nonsense form, as if she were pulling espresso shots. [...] This book is endlessly quotable, and a perfect review would be nothing but quotations. She makes a banquet of her objections to parenthood. If you are an underliner, as I am, your pen may go dry.' New York Times

'A deeply ambivalent and complex study of the choice between procreation and art [...] Heti's book seems likely to become the defining literary work on the subject [of childlessness] [...] She is asking what her book can count for, and the answer is a lot. It’s hard to do justice to its complexity. This is less a book than a tapestry – a finely wrought work of delicate art.' Lara Feigel, Guardian

'[Motherhood] is a sometimes frenzied, sometimes laconic, often very funny meditation on the ambivalent state in which many women find themselves in their late 30s [...] Every one of Heti's books has diverged radically from what came before, and yet her work is recognisable for the consistency of its humour, and for her desire to get at the truth via unconventional means. [...] It is strange to consider that something as interior and literary as this novel might be used as self-help, but I think it will. It finds the commonality of experience on both sides of the baby divide, in a way that, given how toxic and reductive the subject can be, restores dignity to both.' Emma Brockes, Guardian

'Motherhood is a fiercely intelligent and probing read that delves deep into the fundamentals of procreating, motherhood and what it means to be a woman in today's world. The same quest for authenticity that sparked How Should a Person Be? is once more to the fore. The book is full of interesting, difficult questions [...] Eloquent and eminently quotable, Motherhood is a mix of personal experience and sharp social commentary [...] [It] is not only an important novel about a fundamental question that women ask of themselves but a pass to live more in their minds, in their imaginations, in those fertile spaces from which great works grow.' Irish Times

'[E]clectic and compelling, a rare account of how a woman might sidestep what is, for many, a defining life event: the birth of a child. Motherhood is about everything one would expect: female identity, the durability of romantic love, the conflict and resemblances between making children and making art. But it is also a book about fate, agency, and, ultimately, time—how it passes, and what happens while we wait.' NPR

'A brilliant, radical, and moving book, it is sure to cause the cultural riot her earlier work has.' Paris Review

'[Motherhood] marries heart-wrenching neuroses and insecurities with moments of exquisite clarity and epiphanous light, couched in a feminist reading of what it means to choose one's reproductive role - a topic that strangely feels ever more relevant. What transpires is an eloquent exploration of what it means to choose not motherhood, and the inherent difficulties of showing the world what you gain when you do so. Heti manages a feat that modern womankind will likely thank her for - of inverting the image of absence that clings to (only) a woman's choice of living without child. In its place, she presents other gifts: her art, her freedom, and ultimately the acceptance of wholeness in her self. She presents Motherhood.' AnOther

'[Heti's] work, forming what looks more and more like an ongoing overarching project, is [...] a literature of ideas and inquiry, filed as fiction though really inhabiting a zone yet to be named. [...] Grounded in the author’s own grappling with the question of whether or not to have a child in the face of a shrinking window of opportunity, [Motherhood] spreads in concentric circles from one woman’s crisis to embrace countless meanings and implications of its title. It’s vintage Heti in its accommodation of opposites: serious and funny, fodder for reflection and a page-turner.' Montreal Gazette

'What is unfaltering and charming about the way Heti writes is her utter unpretentiousness. She acknowledges certain insecurities and desires — to have big breasts, for example — but in a way that is so innately human. Her preoccupation with how the world sees her offers an earnestness that, spun between more nuanced interpretations of life and her art, connected me to Sheila in a way that felt secret, or just mine. [...] Some people simply know they want children. [...] But for those of us who do waver, who still yearn to fill our lives with travel and sex, and also maybe that boundless love that people yearn for, Motherhood is essential reading. If only to assure you you’re not alone.' Bustle

'Motherhood is a refreshingly contemporary examination of an ageless subject.' Toronto Star

'This inquiry into the modern woman’s moral, social and psychological relationship to procreation is an illumination, a provocation, and a response - finally - to the new norms of femininity, formulated from the deepest reaches of female intellectual authority. It is unlike anything else I’ve read. Sheila Heti has broken new ground, both in her maturity as an artist and in the possibilities of the female discourse itself.' Rachel Cusk

'I’ve never seen anyone write about the relationship between childlessness, writing, and mother’s sadnesses the way Sheila Heti does. I know Motherhood is going to mean a lot to many different people - fully as much so as if it was a human that Sheila gave birth to - though in a different and in fact incommensurate way. That’s just one of many paradoxes that are not shied away from in this courageous, necessary, visionary book.' Elif Batuman

'An emotionally complex novel about motherhood that isn't about children. An intricately constructed book based on games of chance. This feels new.' Jenny Offill

'Reading this beautiful novel, I felt I was watching a brilliant mind invent new tools for thinking. Sheila Heti wrings revelation from the act of asking, again and again, in ever more challenging and innovative ways, impossible questions of existence. Motherhood is a thrilling, very funny, and almost unbearably moving book.' Garth Greenwell

'I read this novel more quickly and eagerly than any I've read in ages. Sheila Heti's simple, elegant sentences invariably give pleasure; her thinking is incisive and wholly original as she grapples with the kind of unhappiness that many of us, myself included, prefer to distract ourselves from rather than look at squarely. Reading Motherhood forced me to become a little more honest with myself.' Adelle Waldman

'Funny… odd, original, and nearly unclassifiable... Heti does know something about how many of us, right now, experience the world, and she has gotten that knowledge down on paper, in a form unlike any other novel I can think of' New York Times Book Review

'[Heti] has an appealing restlessness, a curiosity about new forms, and an attractive freedom from pretentiousness or cant… How Should a Person Be? offers a vital and funny picture of the excitements and longueurs of trying to be a young creator in a free, late-capitalist Western City… This talented writer may well have identified a central dialectic of twenty-first-century postmodern being' New Yorker

'Brutally honest and stylistically inventive, cerebral and sexy, this ‘novel from life’ employs a grab bag of literary forms and narrative styles on its search for the truth…meandering and entertaining exploration of the big questions, rousting aesthetic, moral, religious and ethical concerns most novels wouldn’t touch.'  San Francisco Chronicle

'An engaging mashup of memoir, fiction, self-help and philosophy' Guardian