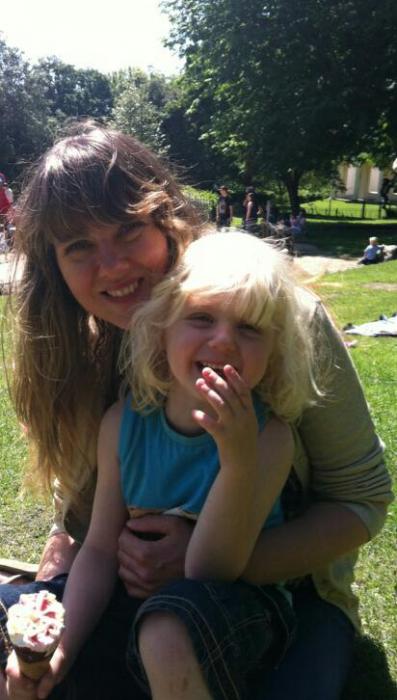 Sam lives in Brighton with her son Ozzy and their ginormous ginger cat and loves doing children's book events at various festivals with her monster puppet show. She is the author and illustrator of many successful picture books for children including the Whoops-A-Daisy-World series and Happy Dog, Sad Dog which won the Sainsbury’s Baby Book Award in 2003. Success followed with Mr Pusskins which won the Roald Dahl Funny Prize, the Booktrust Pre-School Award and shortlisted for the V & A Illustration Award. Sam's novelty books include the Richard and Judy prize-winning Calm Down, Boris and Hello Dudley.

FOR REBEL GIRLS WITH BIG DREAMS!
ARRRRR you ready for this unmissable girl power adventure?

Join Captain Sparklebeard as she sets sail against the seas and dares to be different!
Peg dreams of adventure and has big ambitions, but when she asks to join the pirates crew they won’t let her join because she’s too small and she doesn’t even have a beard!
But can Peg prove, against all odds, that she’s the greatest pirate there ever was?

Perfect for fans of the chart-smashing Fantastically Great Women Who Changed the World and tapping into the huge demand for stories featuring strong female characters, this is a pirate story like no other. Peg’s determination, ambition and courage to be herself will inspire a whole new generation of rebel girls. Smashing gender stereotypes and with an inclusive cast of characters, this is the must-have book to empower young children to have the courage to be themselves.

So, buckle up, grab your sparkliest beard and get ready to join the best crew that ever sailed the seven seas!

Mr Pusskins has an owner who adores him and wants to make his life utterly blissful. But Mr Pusskins doesn't want to play mouse games, he doesn't want snuggles and he certainly doesn't want cosy bedtime stories. What Mr Pusskins wants is . . . adventure! But, as he discovers, sometimes home is where the heart is (and maybe cuddles aren't so bad after all.)

Meet this little boy and his pussycat called Ginger.
He's got a bedtime secret. He's the mighty MIDNIGHT NINJA!

Everyone is tucked up in bed, except for Midnight Ninja and his sidekick Ginger. The ninja emergency bell has rung and they're off on a secret mission. There's no time for these heroes to sleep until they've solved the mystery of the missing socks.

Even reluctant sleepers will enjoy bedtime with this action-packed adventure showing that heroes need their sleep too. Bedtime reading fun from the bestselling author/illustrator of Calm Down, Boris, Mr Pusskins and First Day at Bug School.

YOU'RE NOT SO SCARY, SID!: Winner of the Sheffield Baby Book Award

Sam has also written and illustrated a number of board books for very young children for Orchard Books and Campbell Books.