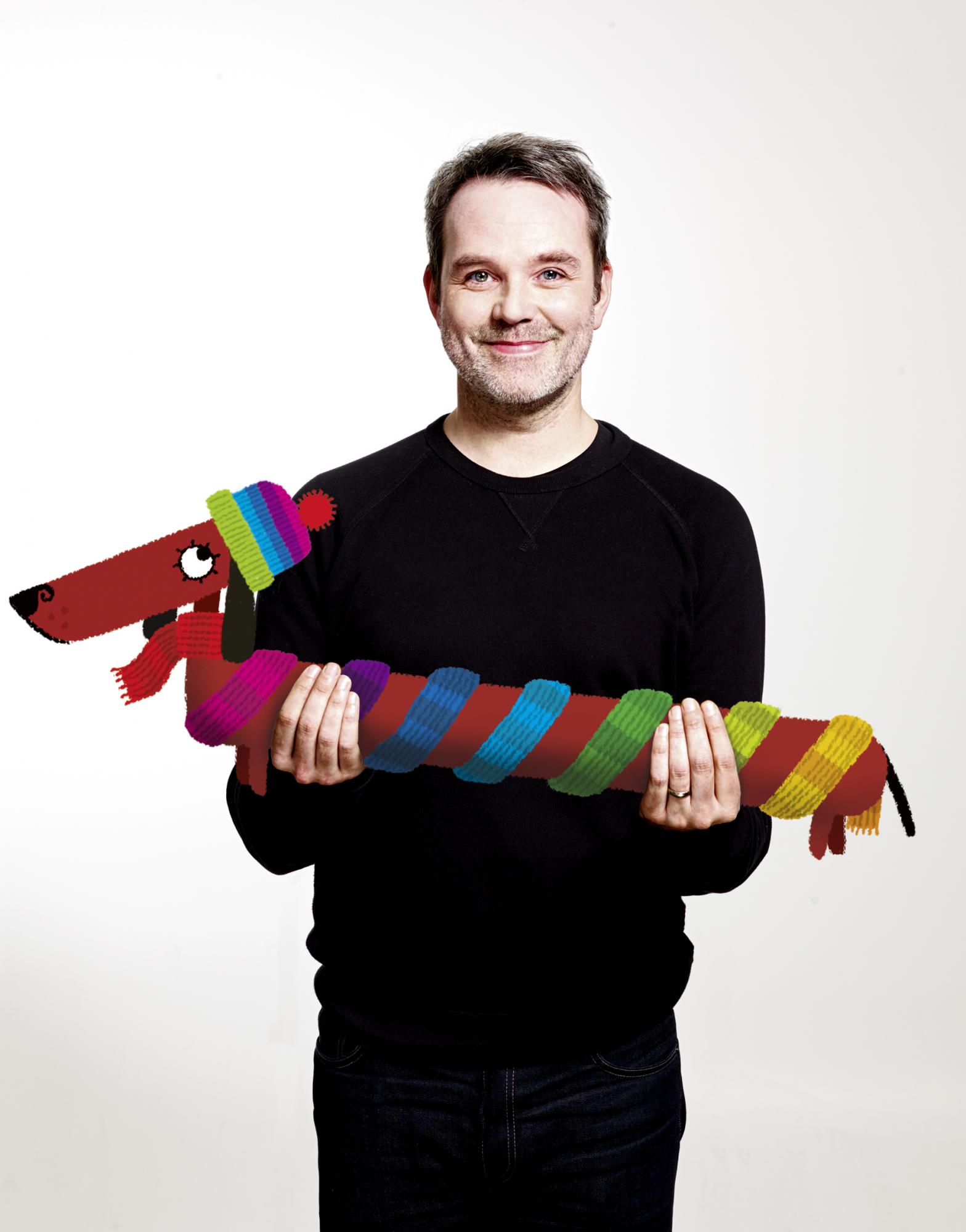 1. He is an author, illustrator and designer based in the UK.

3. His second book, GRRRRR! (HarperCollins) was nominated for the CILIP Greenaway Medal and the IBW Children’s Picture Book of the Year in 2016.

4. His third book, Odd Dog Out (HarperCollins) just been published on August 2016.

5. Before he became a full-time author/illustrator he was art director of, amongst others, the Observer Magazine, NME and Just Seventeen.

6. He is a winner of the coveted PPA Designer of the year award.

7. He lives in London with his wife and three daughters, none of whom will go to Arsenal matches with him.

A brand-new, wonderfully waggy story of one dog day afternoon, from the genius behind the #DrawWithRob phenomenon and the bestselling and award-winning Blown Away!

Every dog has his Dave (or otherwise-named human)… but on a walk in the park, the adorable Teddy the pug, loses his!

And when Teddy finds himself at the shed of the TERRIBLE TROLL in the woods, he might find more than he bargained for… a new friend.

Packed with delight, dogs, and even a Dave, this hilariously funny and exquisitely illustrated new book from the incredible Rob Biddulph, the creative star behind the viral and phenomenal #DrawWithRob, will have you panting for more!

This is the perfect story for boys and girls of 4+, and dog-lovers everywhere, to share with their families! Roll around in the rhymes and enjoy Rob Biddulph’s trademark warm-hearted humour.

The viral phenomenon #DrawWithRob is now an activity book for you to draw with Rob at home! As seen everywhere on YouTube, Facebook, TikTok, TV, and more, from the creative genius and bestselling author Rob Biddulph!

At home? Wondering what to do? Join thousands of children around the world and #DrawWithRob – staying at home has never been so much fun!

DRAW WITH ROB is now an incredible activity book for every family to share, so join Rob and learn to draw your favourite characters – from Penguin Blue to a very Hot Dog, and many more!

The bestselling and award-winning author/illustrator Rob Biddulph is the genius behind the phenomenal, viral sensation that is DRAW WITH ROB – bringing joy to families everywhere with his easy to follow instructions and warm-hearted humour. So whether you’re in home education, home-schooling, learning to draw or just having fun, let Rob show you that anyone can learn to #DrawWithRob!