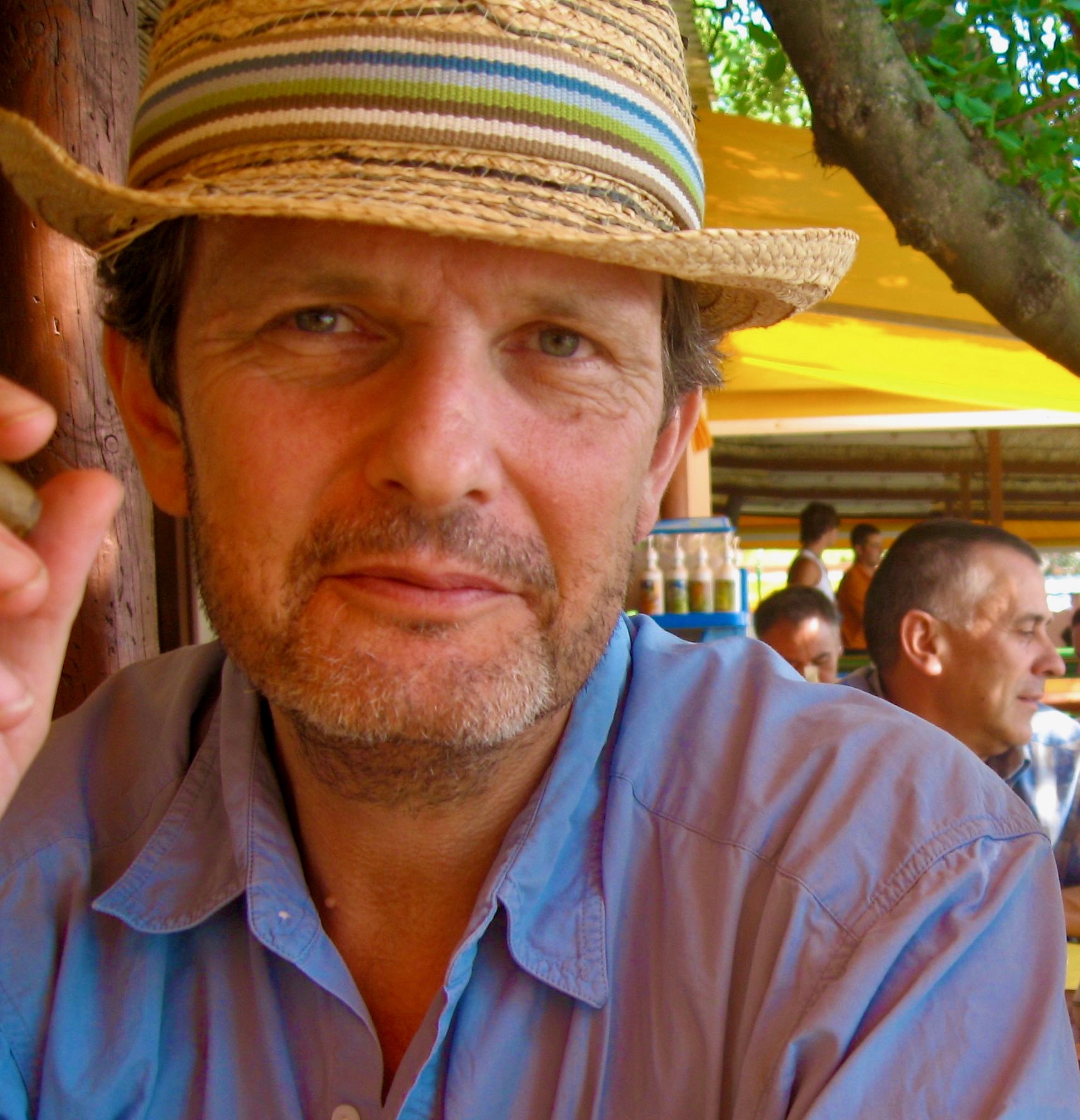 Richard Gwyn grew up in Breconshire, Wales, and following several years in London, he spent most of the 1980s in reckless travel on and around the Mediterranean, chronicled in his memoir The Vagabond’s Breakfast (Wales Book of the Year for nonfiction, 2012). After falling seriously ill in Barcelona, he returned to Wales and in 1996 completed a PhD at Cardiff University, where he is currently Professor of Creative & Critical Writing. His books include the novels The Colour of a Dog Running Away, Deep Hanging Out and The Blue Tent, and the poetry collections Walking on Bones, Being in Water, Sad Giraffe Café and Stowaway: A Levantine Adventure. He has also compiled and edited an anthology of contemporary poetry from Wales, The Pterodactyl’s Wing, and spent much of the time between 2011-2015 travelling in Latin America, compiling and translating a second major anthology, The Other Tiger: Recent Poetry from Latin America. His other translations include collections by the Argentinian poets Joaquín O. Giannuzzi and Jorge Fondebrider, and Impossible Loves, poems by the Colombian Darío Jaramillo (shortlisted for the Premio Valle Inclán, 2020). He is the author of Ricardo Blanco’s Blog, which can be found at www.richardgwyn.me

Richard divides his time between Cardiff and a small village in Catalunya.