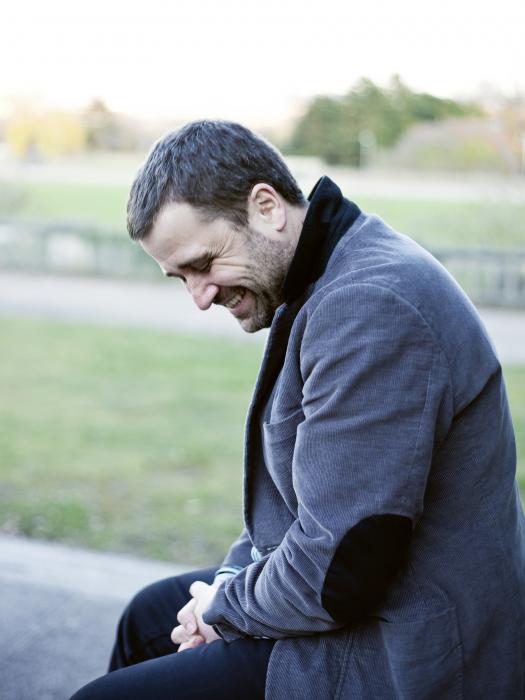 Phil is slightly obsessive about children’s fiction, so it isn’t a surprise that he decided to try and write some himself.

His debut novel, BEING BILLY, was nominated for a dozen awards, including the Carnegie Medal and the Waterstones Children’s Book Prize.

He lives with his family in London, writes on the bus and has no plans to write a novel for adults, although he might read one. One day.

‘A magnificent story … It deserves every prize going’ Philip Pullman

‘An extraordinary story with historical and family truth at its heart, that tells us as much about the present as the past. Deeply felt, movingly written, a remarkable achievement’ Michael Morpurgo

1941. War is raging. And one angry boy has been sent to the city, where bombers rule the skies. There, Joseph will live with Mrs F, a gruff woman with no fondness for children. Her only loves are the rundown zoo she owns and its mighty silverback gorilla, Adonis. As the weeks pass, bonds deepen and secrets are revealed, but if the bombers set Adonis rampaging free, will either of them be able to end the life of the one thing they truly love?

Inspired by a true story.

‘I stayed up very late because I HAD to finish HEROIC. Phil handles the extraordinary with such humanity. I loved it' - Jenny Downham

'As he showed with his brilliant debut novel Being Billy, Phil Earle is capable of portraying the teenage world with such sensitivity and power that he should be a must-read author for today's young adults...Second novels, like second albums, can be tricky because of high expectations but Earle has passed his test with flying colours'. Michael Chilton, The Daily Telegraph

Praise for BEING BILLY:

'Phil Earle writes starkly but sensitively in this brilliant page-turning novel. It moved me to tears' - Jacqueline Wilson

'This may be the most authoritative, honest and moving account of children trapped in the care system to date' - Keith Gray, Scotsman