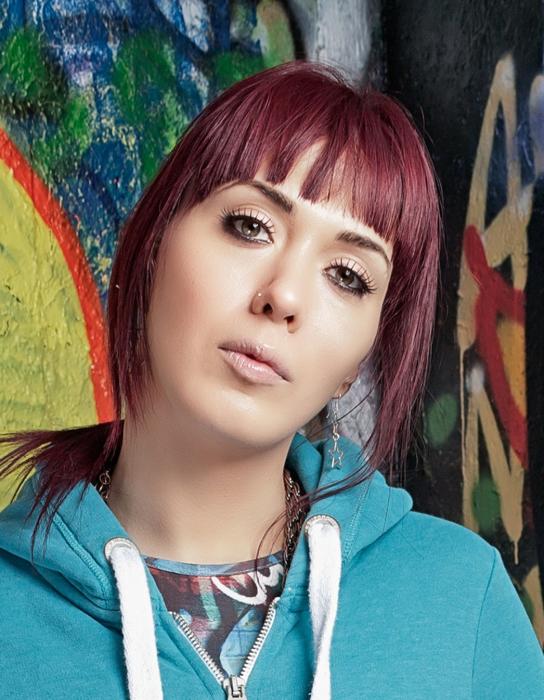 Paris Lees is the author of the critically acclaimed memoir What It Feels Like for a Girl, published by Penguin. She is also a Contributing Editor at British Vogue, and has written for the Guardian, VICE and the Telegraph. She has received multiple awards for her journalism and work as an anti-bullying campaigner - and an honorary doctorate from the University of Brighton. She was the first openly trans woman to present on BBC Radio 1 and Channel 4 and also the first to appear on Question Time.

Paris already has an impressive list of writing credits to her name: her work has appeared in the Guardian, the Independent and the NME. Last year she debuted at Channel 4’s first transgender presenter, fronting an episode of Channel 4’s The Shooting Gallery. She can also lay claim to being Radio 1’s first transgender presenter, and her debut documentary, The Hate Debate, earned critical acclaim as BBC Radio 4’s Pick of the Week, not to mention a BBC Radio Awards nomination. Broadsheet critics praised her for doing "a fine job of provoking her listeners" and for seeming "genuinely interested in the opinions of the young people she interviewed.”

She is also Question Time’s first openly transgender panellist and her appearance earned praise across the political spectrum, from John Prescott to Iain Dale. In 2013, the Independent on Sunday named her the most influential person in Britain’s gay, lesbian, bisexual and transgender community. Despite a troubled upbringing in a working class area including years of violent bullying for being different, she graduated with a first class degree in English Language and Literature in 2009. She currently plans “world domination by 2030”.

In the March 2014 issue of Attitude magazine, in a feature to introduce her to the magazine as Editor-at-Large, Paul Flynn wrote:

“Her media career is now in full, delightful swing. TV production companies call her to suggest ideas, radio stations ask for her first hand opinion. Now that complete gay legal equanimity is in sight, trans is the next big issue moving centre frame… Paris is now odds-on favourite to blow the transsexual question up in the same way Owen Jones has with class, Laurie Penny with feminism, Jack Monroe with benefits and Tamsin Omond with environmentalism. Together they form a loose vanguard and match-fit rebuff against the idea that young people aren’t really arsed about politics just because they’ve lost faith in the political process. They are expert media polymaths.”