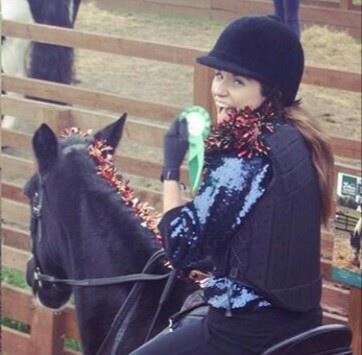 NIKI ROONEY is a Scottish writer based in Glasgow. She won the Kudos North Writers award in 2019. She is currently developing an original project with Kudos, and another for Ecosse.

Niki Previously wrote for Nickelodeon on their TV series LET IT RIDE, a UK (Bucanner)/Canadian co-production.  Niki has been working closely with Merlin Entertainment over the last couple of years, first creating CBeebies Land at Alton Towers (based on existing CBeebies television shows) and since then has created live shows for Legoland Windsor.

Niki started on teen drama Hollyoaks where she became a core writer on the show. Her first episode scored some of the show’s highest viewing figures of 2011, featuring an unprecedented live stunt. During this time she was also Story Consultant on the first teen-orientated radio drama Yegna, about a girl band in Ethiopia. Niki was Script Editor on Rabbit Punch, which won Best Short Film at the Scottish BAFTA New Talent Awards.  After leaving HOLLYOAKS she has since been on tour with a very well-known pop band developing a youth sitcom for Tony Wood/ Buccaneer, developed a live action music drama for Disney and written a pilot animation for Brown Bag Films.