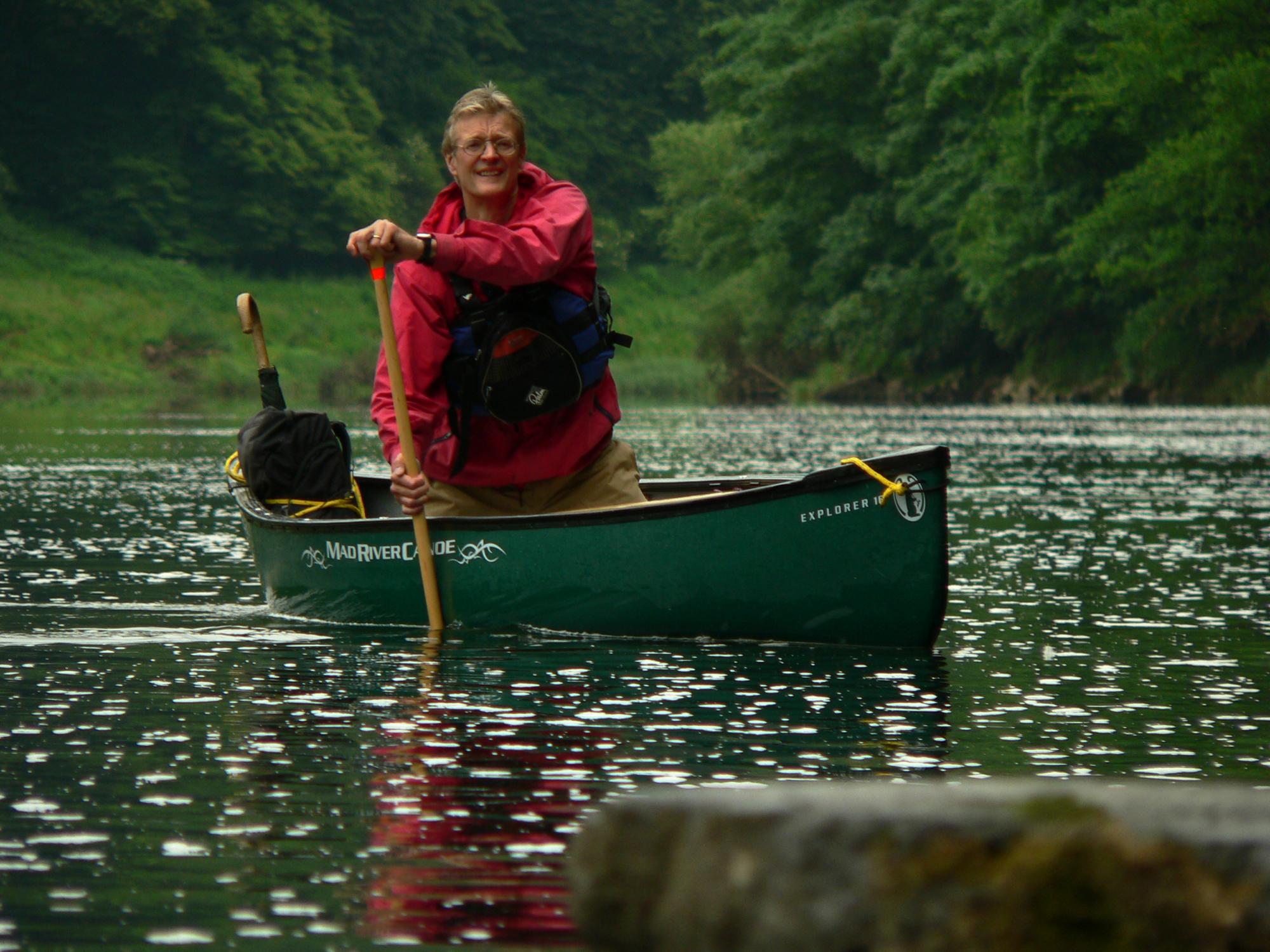 Nick has presented many acclaimed TV series’ on BBC2, among them Map Man, Great British Journeys, Town, Britannia and Coast. He has been the lead presenter on more than 80 BBC films.

Nick’s books include Clear Waters Rising: A Mountain Walk Across Europe, which describes his solo, 10,000-kilometre walk along the continent’s mountain watershed and was called ‘One of the liveliest and most enthralling travel books I have read for years’ by Miranda Seymour in the Sunday Times. Two Degrees West: An English Journey, described as ‘An elegant and moving snapshot of England, a beautifully written book…very funny by The Times, is the account of a walk from one end to the other of England, following the prime meridian. The cartographic bestseller, Mercator: The Man Who Mapped the Planet, was praised by the great Lisa Jardine as ‘A gripping and densely informative biography’. Published in 2016, The Making of the British Landscape from the Ice Age to the Present, was described by The Times as ‘Storytelling at its best’ and by the Guardian as ‘Ambitious, magnificent’. You Are Here, A Brief Guide to the World (2018), was celebrated in the New Statesman as ‘a lifetime of thought and travel … a hymn to geography.’ Latitude was published by Michael Joseph in 2021 and described in the Spectator as ‘terrific’.

The year is 1735.
Twelve unruly men board ships bound for South America.
Their mission? To discover the true shape of the earth.
They will be exposed to a wilderness of dangers none can imagine.
The survivors won't return for ten years.

They knew the world wasn't a sphere. Either it stretched at the poles or it bulged at the equator. But which?

They needed to know because accurate maps saved lives at sea and made money on land. But measuring the earth was so difficult that most thought it impossible.

The world's first international team of scientists was sent to a continent of unmapped rainforests and ice-shrouded volcanoes where they attempted to measure the length on the ground of one degree of latitude.

Beset by egos and disease, storms and earthquakes, mutiny and murder, they struggled for ten years to reach the single figure they sought.

Latitude is an epic story of survival and science set in mountain camps and remote observatories.

Praise for LATITUDE - MICHAEL JOSEPH - MAY 2021

“We all know the shape of the earth; it’s not quite round. But knowing that is easier than proving it. In Latitude Nicholas Crane takes us through the decade of science, squabbles and surveying in the mid-eighteenth century which achieved that feat. Written with Crane’s customary blend of expertise and elan, Latitude plots the roots of modern geography and expeditionary science.” Professor Robert Mayhew

“This rollicking story of adventure and scientific exploration is as gripping as any novel.  A book that sparkles with intelligence and wit.” Alex Preston

“Latitude is a thrilling story of courage, survival and science. It’s an extraordinary, visceral and vivid read.”Geographical magazine

“Crane has a rare knack for showing people things they really ought to see across space and time without them having to get out of their chair.” Joe Smith, Director, Royal Geographical Society

“Here is a pocket guide for every teacher and parent. Droplets of knowledge to deluge the world and to influence students to vote for policy-makers determined to grip the causes of change, utilising basic, geographical reasoning … You Are Here is a meticulously researched distillation of the geography and the history of our planet penned by a former President of the RGS with “mud on his boots”.  It should become popular reading for all those altering the compass-bearing of sustainability.  Crane calls this “the Great Age of Geography” and we all now hold the world in our hands” Geographical

“Nicholas Crane’s You Are Here: A Brief Guide to the World is an erudite, dark-lit little book by a veteran explorer-broadcaster, distilling a lifetime of thought and travel.  It is a hymn to geography, which ‘keeps us human’.” New Statesman, Books of the Year

Praise for THE MAKING OF THE BRITISH LANDSCAPE

“In this ambitious, magnificent book … Crane is excellent at describing climate, geology and shifting shorelines, but is at his best when plaiting together earth-shaping events with humankind and civilisation … Crane writes: ‘to care about a place, you must know its story’. He has given us this story.” Andrea Wulf, Guardian

“I hadn’t known geography could be this exciting … yet this mighty work, written with brio, is storytelling at its best. Crane’s subject is the British landscape — the relationship between people and place, and how climate and population have shaped our world.” Clive Aslet, The Times

“When readers confront such a vast and complex subject they expect erudition from their guide, but the journey is made even more pleasurable if an author injects wit and vigour into his narrative. Crane scores highly on both counts … Crane’s splendid history provides a masterful account of how landscapes were settled and shaped, how they became the lodestones of community, security and faith, and how they helped to define countless aspects of social, economic and political life.” National

“Pungent, dramatic and drawing deeply on recent research...a geographer's love letter to the British and the land that formed them - and which they transformed over many millennia of creative labour. As such, it is dramatic, lyrical and even inspiring, and given all those rocks, remarkably readable.” James McConnachie, Sunday Times

“This is a magnificent, epic work by a national treasure … the sweep of history, brought to life in superb prose, is oddly moving. A tour de force.” Daily Mail

“Crane’s is a book about flint works, canals, castles, drainage and conquest. It is about the archives of human activity as recorded on the ground. The reader who persists with this tour de force will be able to read the British humanscape through the eyes of one particular, seasoned geographer.” Richard Fortey, TLS

"A perfect itinerary, full of geographical logic and ethnographical possibilities, with plenty of elbow room for adventure" Patrick Leigh Fermor

Nick is a geographical writer and broadcaster.  In recent years, he has become best known for his work on BBC television, presenting the BAFTA-winning BBC2 TV series Coast (now in its eighth series), Map Man, Great British Journeys, Nicholas Crane’s Britannia and Town  - a BBC / Open University co-production. Since 2004, Nick has been the lead presenter on more than 60 BBC films and contributed to another 20 BBC films. He is currently working on series 9 of Coast.