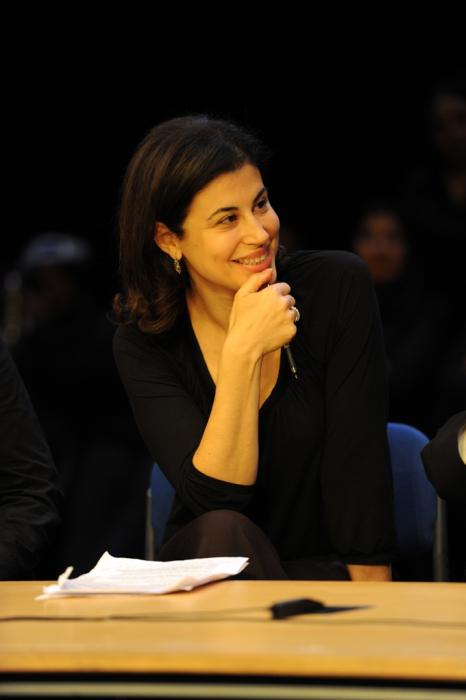 Natasha Walter is a writer of both fiction and non-fiction, a journalist and human rights activist.

She is a graduate of Cambridge and Harvard, and has worked as a columnist, reviewer and feature writer for the Guardian, Vogue and the Independent. Natasha is currently the director of the charity Women for Refugee Women, which she founded in 2007, which supports women seeking asylum and challenges the injustices they experience.

Her first book, THE NEW FEMINISM (Virago), was published in 1998. In 2010 she published LIVING DOLLS: THE RETURN OF SEXISM (also Virago), which examines the resurgence of sexism in contemporary culture.

Her first novel, A QUIET LIFE, is loosely based on the life of Melinda Marling, the wife of Cambridge spy Donald Maclean, and was published by Borough Press in 2016.

She has been a judge on the Booker Prize and the Women's Prize for fiction.

In 2015 Natasha was Humanitas Visiting Professor of Women's Rights at Cambridge University.

Natasha is currently working on a new book about female solidarity, SISTERS ACT, which will be published by Virago.

‘As well as having a gift for cool, elegant phrasing, and a fine sensitivity to psychology reminiscent of Elizabeth Jane Howard, Walter proves to be a hardworking and accomplished storyteller… [She] is terrific, too, at capturing the tense, bleached-out dreariness of the cold war in London and Washington, easily competing with the claims of such experienced novelists as Sebastian Faulks and William Boyd to the territory, and bringing to it a unique perspective that resonates long after the novel is laid down’ Guardian

‘Fans of spy fiction have been waiting a long time for a top-quality female-centred thriller… [A Quiet Life is] a globetrotting adventure of coded messages, secret cameras and exchanged passwords with strangers on the street. Historical details add convincing colour, as Laura dashes between air-raid shelters, plush hotels, Edward’s country pile, and Washington and Geneva… It is in the detail of Laura’s anxiety over performing womanhood correctly that Walter will steal the hearts of her female readers… On the agony and delight of motherhood, the secret awfulness of pregnancy and dinner parties, and the morphing of young love into an old habit, Walter shows herself to be a writer of game-changing skill and sensitivity. Few novelists can combine serious feminism with romance and adventure and make it work… Moreover, [Walter] knows how to write a literary page-turner with quite a lot of sex that is never embarrassing. If Jane Smiley wrote Smiley’s People, it still wouldn’t be as good as this’ Melissa Katsoulis, The Times

‘It was with a huge dose of awe that I became acquainted with the double life of Laura Last in Natasha Walter’s whirlwind of a debut novel A Quiet Life… this [is a] thrilling tale of sacrifice, love, secrets and identity…Walter’s Laura leaps off the page and pulls you into her underworld. And while other characters are left in the dark, as readers we’re in on it and it’s brilliant. Turns out, A Quiet Life is too good a secret to keep to myself’ Stylist ****

‘On the thriller scale, this sits at the spy fiction end, but it’s too good not to recommend. Inspired by the story of Melinda Marling, the wife of Cambridge spy Donald Maclean who leaked secrets about the development of atomic bomb to the Soviet Union, all the while he was British diplomat in Washington. No on ever suspected that Melinda might be complicit. But unlike, Melinda, Natasha’s protagonist Laura is a fully-fledged spy’ Vogue, ‘Best Thrillers of 2016’

‘An utterly fascinating novel which gives an entirely new perspective of the WWII time period. It’s a wholly immersive and wonderful read about a compelling character’ Lonesome Reader, ‘Best Books of 2016’