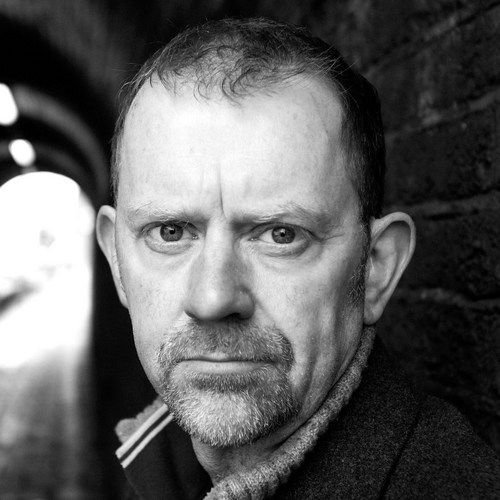 Mick Jackson was born in Lancashire. He has written and directed several short films. His first novel, THE UNDERGROUND MAN (about which The Times said, ‘soaked through with originality and expertly written’), was shortlisted for the 1997 Booker Prize and Whitbread First Novel Prize, and won the Royal Society of Authors First Novel Award. His second novel, FIVE BOYS, was published by Faber in 2001. Mick's first full-length television drama, ROMAN ROAD (written under his given name, Kirkham Jackson), starring Alan Davies, John Gordon Sinclair and Anna Chancellor, was broadcast on ITV1 on New Year's Eve 2004. A collection of fable-like stories, TEN SORRY TALES, was published by Faber in July 2005. Five of these tales were read on Radio 3 by actors including Alan Bennett and Miriam Margolies. In 2009 Faber published BEARS OF ENGLAND, which like TEN SORRY TALES is illustrated by David Roberts, followed by THE WIDOW'S TALE, a novel, in 2011. Also in 2011, Mick Jackson was appointed writer-in-residence at the Science Museum in London. He lives in Brighton with his wife and son.

His new novel, YUKI CHAN IN BRONTË COUNTRY, was published by Faber in January 2016.

'[A] work of perishing charm... this is a far sadder book than the comedic elements might have suggested. The more eclectic elements - spiritual photography, the science of snowflakes, diving virtuosi - are beautifully aligned by making links to historical Japanese pioneers and enthusiasts... That a whimsical comedy can transmute into an elegiac exercise in the futility of pursuing catharsis is no small achievement. That it is both funny and plangent is another' Independent

'[An] unconventional, highly readable, often very funny and strangely touching novel. Since winning the Author's Club Best First Novel prize with The Underground Man (1997), Jackson's work has been increasingly characterised by a perceptive humanity, laced with sly wit and presented with irresistible dynamism, and this is no exception... It's the kind of book you can't stop reading but don't want to finish, because then brave little Yuki will go back to Japan and you might never meet her again' Financial Times

'The book strikes out in unusual directions and you can't really anticipate where you are going to be taken, page by page. Yukiko is given to stray fancies, charming memories, affecting visualisations that defiantly linger in your mind after you've read them... this novel had an air of late period Brautigan about it [which] is very close to being the highest praise indeed' Bookmunch

'All novelists want their imaginations to travel, but few send them off as far as Jackson... It is brave for a middle-aged male Lancastrian to put himself into the mind of a young Japanese woman, and to bring such disparate elements as clairvoyance, cultural difference and the Brontës together in a story... they do make for an enjoyable adventure in Brontëland and a novel that is beguilingly odd' Guardian

'There are some lovely ideas in Mick Jackson's latest novel, befitting the mercurial, fretful nature of its narrator' Mail on Sunday

'The power of landscape, the loneliness of grief and the impossibility of ever knowing another life, however close we try to get to it, are powerful themes' Daily Mail

'The most winning thing about Yuki Chan in Brontë Country is Yuki herself. She is charming, hilarious, independent and complex... Mick Jackson’s novel is beautifully written and entirely unique, with a heroine who will not be soon forgotten. I am going to read this book again. And again. And again…' WildeOnMySide