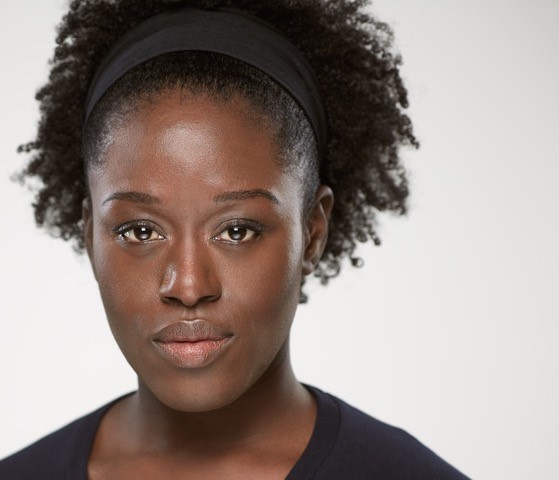 Michelle Asante is an award-nominated actress who has received critical praise for her wide-ranging performances across film, television and theatre. She was nominated for a Broadway World Award for SUNSET BABY, as Best Featured Actress in a Play, and also for a Black Entertainment Film Fashion & Television Award (BEFFTA) for Best Actress in a Television Show, for MONROE. She has also received a special mention in the Emerging Talent Category of the Screen Nation Awards.

Michelle will soon be seen in a regular role in S4 of TOP BOY for Netflix. Other upcoming roles include a recurring role in a major confidential series for Apple, and another for Sky Atlantic. Also over 2021, Michelle played the lead role in NOTES IN GRIEF at the Manchester International Festival and starred in FAMILY TREE at the Greenwich & Dockland International Festival, which has garnered rave reviews . To Do List London gave the play a five star review and wrote - "Michelle Asante is captivating."

In 2020, Michelle could be seen in the recurring role of Officer Dooshima in the hit BBC adaptation on Malorie Blackman's NOUGHTS & CROSSES. She played Jamaal in the 50th episode edition of MOVING ON, written by Jimmy McGovern. Other recent TV credits include LUCKY MAN for Sky 1, FATHER BROWN Series 4 on BBC 1 and in the BBC's OUR GIRL.

Recent film credits include BONE (Proof of Concept) for Joi Productions and HELLFIGHTERS for Five Fifty Five Productions. Michelle played a key role in Sci-Fi thriller BRAND NEW-U which has been embraced by Sci-Fi critics and appeared at the L'Etrange Fantastic Film Festival as well as the Sitges IFF. The film was nominated for the best Fantastic European Film: The Silver Meliés.

Michelle has worked extensively in theatre. Most recently, Michelle played a lead role in OUR LADY OF KIBEHO at the Theatre Royal Stratford East in late 2019. The play transferred from its UK premiere at Royal & Derngate Theatre in early 2019. The play received five stars from The Guardian. The Times Wrote, "The Acting is top notch, particularly... Michelle Asante as Sister Evangelique." The Arts Desk wrote, "Michelle Asante - a gem of a performance."

Over the summer of 2019, Michelle played Cassandra in the Theatre Royal Bath's UK premiere production of VANYA AND SONIA AND MASHA AND SPIKE. The Stage described the play as "wacky and ingenious" and awarded it four stars. She will reprise the role in early 2020 at the Charing Cross Theatre in the West End Transfer of the play.

Over the summer of 2018, Michelle played Cali in THINGS OF DRY HOURS at the Young Vic, directed by Debbie Hannan.  In 2016, Michelle played Juliette in the Donmar Warehouse's production of WELCOME HOME CAPTAIN FOX, directed by Blanche McIntyre, alongside Rory Keenan and Barnaby Kay. Michelle also played the role of Helena in Danai Gurira's ECLIPSED at the Gate Theatre to much critical acclaim.

Further reviews of Michelle’s work include...

The performances, are first-rate and highly charged, with Asante particularly good as Nina, all blazing eyes and hostility one moment and lonely vulnerability the next - Financial Times

It is London-born Michelle Asante, however, who steals the show. With her coarse and convincing New York accent, she is hard and tough, but allows for poignant glimpses of vulnerability to shine through. . . we feel her frustrations, her anxieties, her sheer exhaustion - The New Statesman