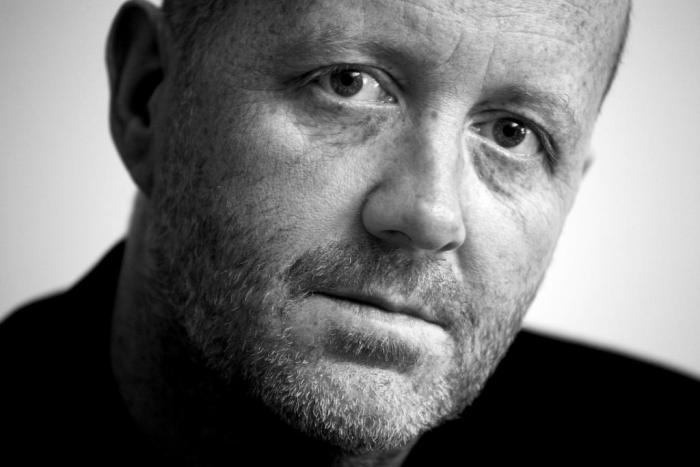 Michael Symmons Roberts was born in 1963 in Preston, Lancashire, UK.

His poetry has won the Costa Poetry Award, the Forward Prize, and the Whitbread Poetry Award, and has also been shortlisted for the Griffin International Poetry Prize and the T.S. Eliot Prize. He has received major awards from the Arts Council and the Society of Authors.

His broadcast work includes ‘A Fearful Symmetry’ - for Radio 4 - which won the Sandford St Martin Prize, and ‘Last Words’ commissioned by Radio 4 to mark the first anniversary of 9/11.

He has published two novels, and is Professor of Poetry at Manchester Metropolitan University.

‘It’s a great idea for a book but one that could easily descend into ghoulish sensationalism or slick post-mortem psychologising. It helps that the authors are poets themselves, whose agenda isn’t to rubberneck or lecture but to interrogate the Romantic myth “that great poems come at a heavy – ultimately fatal – price”… Theirs is a terrifically entertaining book: thoughtful, funny, informative, with an eye for good quotes and anecdotes, and wide ranging in both the distances it travels and the material on which it draws. The first person plural narrative is a voice rarely adopted by writers, but the “we” sounds natural here, and the banter and clowning don’t detract from the seriousness of the quest. Only at the end do the two part company, both literally (on a railway platform) and on the issue they have been exploring: the myth of the doomed poet needs to be debunked says one, while the other believes “there’s an unquiet spirit in many poets that means the myth still holds”. It’s an open question (they don’t even say who thinks which) but the evidence is there, in the stories of 30 or more poets, for the reader to decide.’ Blake Morrison, Guardian

‘Although it’s difficult to write collaboratively, [Michael Symmons Roberts and Paul Farley] seem to do so easily: it is a thoughtful book, structured as a series of pilgrimages to the places where poets have died… There’s a moving section on Sylvia Plath, whose suicide at the age of 30 remains an archetype of poetic death… Farley and Symmons Roberts argue convincingly that, for both [William Carlos] Williams and [R.S.] Thomas, the experiences of both medicine and religion seem to have enabled them to write about suffering that was not necessarily their own. Where does this leave our authors? … Together, they seem agreed that they are not going to die in the service of their art. I, for one, enjoyed their company, and was pleased that they should survive their travels and live to write some more poems.’ Daily Telegraph

‘Poignant and comic… The book is at its most original and moving when the pair move beyond the usual suspects, travelling to Bournemouth and Leeds in search of Rosemary Tonks and John Riley, respectively… At the end of their journey, Farley and Roberts, fine poets too old now to die young, are still undecided about the very myths they set out to question… An absorbing trip.’ Financial Times

‘The best sections of this book explore the longer slide of mortality as faced by poets: Auden’s final phase at Kirchstetten, and the withdrawn lives of Emily Dickinson at Amherst, Stevie Smith at Palmers Green and Rosemary Tonks on England’s south coast… Individual chapters splice together sections on different poets and the places they inhabited. When this works, it makes for poignantly intertwined narratives, as in the stories of two poets who disappeared – Dickinson, who passed most of her life in a single room, and Weldon Kees, who vanished in 1955 near the Golden Gate Bridge… Deaths of the Poets is packed with anecdotes and macabre frissons; its forays through some of poetry’s more sensational edgelands make for a compelling read.’ Nicholas Roe, Literary Review

‘Deaths of the Poets is a gripping, witty read, but also asks serious questions about the way the post-Romantic myth of the doomed, self-destructive poet skews the way we interpret their work. If Wildfred Owen had not died at the age of 25 on the battlefield, but survived to 80 like his fellow-soldier poet Siegfried Sassoon, would we find his poetry less searing? … In other words, say Farley and Roberts, is it not time that readers started paying less attention to how poets lived and died and renewed their attention to the words they left behind?’ Mail on Sunday

‘They have chosen whom they have chosen, and have written about them with gravity and levity, combining acute analysis of the poetry with close attention to the myths we build around poets which are so eczematous they inflict craquelure on every reading thereafter… Farley and Roberts are always entertaining and illuminating, gentle guides and quixotic questers.’ Scotland on Sunday